Celebrate the Year of the Pig in Los Angeles

While you may have rung in the New Year Jan. 1, there is still a chance to celebrate with Chinese New Year, Feb. 5. Also called the Lunar New Year or the Spring Festival, the celebration is observed by more than 1.5 million Angelenos of Chinese, Vietnamese and Korean descent and is a great way for visitors to explore some of the unique cultural history of Los Angeles.

This year, 2019, will be the year of the pig, according to the Chinese calendar, which follows a 12-year cycle with each year representing a different animal. The City of Angels has hosted elaborate Chinese New Year celebrations for well over a century. 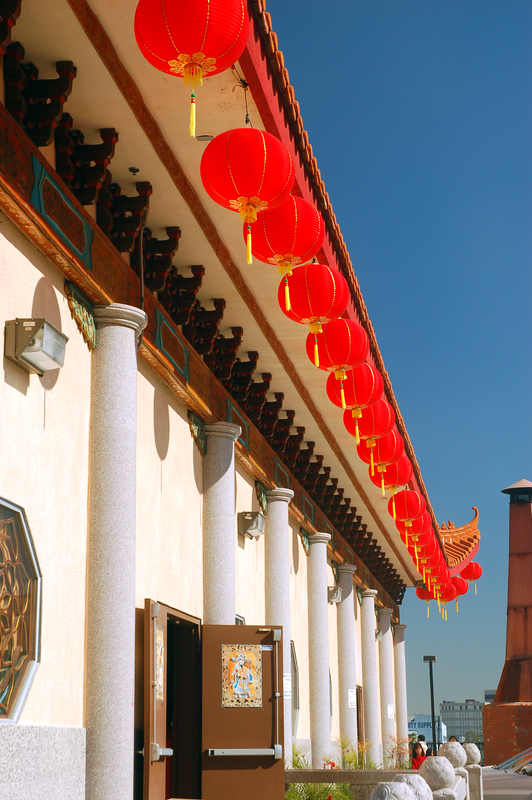 The festivities kick off the night of Feb. 4, with the Midnight Temple Ceremony at Thien Hau Temple, a Taoist temple dedicated to the Chinese Sea Goddess Mazu. Attendees of this ceremony, which begins at 10:30 p.m. and runs until shortly after midnight, participate in the burning of incense, watch traditional lion-dancer performances and enjoy the setting off of 500,000 firecrackers.

The Golden Dragon Parade is the most popular event of the festivities. Taking place Feb. 9 and starting at the corners of Hill Street and Ord Street, this colorful parade is part of a full day of festivities. The parade includes local bands, elaborate floats and dragon dancers. Local dignitaries, businesspeople and festival officials also participate in this parade usually attended by thousands annually.

The parade runs along Broadway through the Chinatown neighborhood of Los Angeles. Throughout the festival Chinatown will be a hotbed of live musical and dance performances in addition to the many parties happening all over town. Local restaurants will be bustling and will be the ideal place to enjoy some of the best Chinese food LA has to offer. Food has a great deal of significance during the Chinese New Year festivities with chicken signifying family togetherness, noodles symbolizing long life and spring rolls representing wealth.

Celebrating Chinese New Year in Los Angeles is not only a great way to experience the cultural diversity of the city but also to learn about the significance of the holiday as well. As home to one of the oldest Chinatowns in the country, Chinese New Year is as much a part of the culture of Los Angeles as Dodger Stadium and the Hollywood sign.

Last month, we spent three sunny days (and one rainy hour) at Loew’s Miami Beach Hotel, where I hadn’t been for more than 10 years. This oceanfront resort is perfectly located in walkable South Beach, just one block from Lincoln Road, two blocks from the new eateries in Time Out Market, four blocks from the Convention Center and an easy walk north or south to all the must-see shops and dining spots lining Ocean Drive and Collins Avenue.

4 Dark Sky Parks in the Southwest

Most families — 80 percent of the world’s population, according to a 2016 study — live under night skies obscured by light pollution. They have to leave the city to see the Milky Way or hunt for constellations.

3 Stops in Australia for Wellness-Seeking Families

Wellness travel can seem like an oxymoron to some — especially after a 19-plus-hour flight to Australia — but there’s something so luxurious about traveling for a great spa.