Seeing this muddled and chaotic city takes a bit of effort, which might be why most people go to Granada or León instead. But you’ll find fascinating history, geography and culture to uncover when you and your family arrive in Managua.

Founded as the Nicaraguan capital as a compromise to the historic conflict between rival cities Granada and León, Managua is the political and economic powerhouse of modern Nicaragua. Unfortunately, the founding fathers didn’t think about the susceptibility of the site to earthquakes, which devastated Managua on various occasions throughout the ages.

The last big shake came in 1972, destroying the old center of the city and leaving a curious jumble of neighborhoods in its wake. You might be confused by the lack of a discernible tourist district, with attractions dotted around in new developments and malls, but even more confusing is the lack of addresses. Managuas, as the locals are known, get around by referring to landmarks such as Lake Managua or the imposing Crowne Plaza Hotel. While this system may work for long-term residents, it can make things difficult for new arrivals.

With that in mind, and given the distances between places of interest, you and your family might be better off hiring a car and driver for a day if you want to explore. It should set you back around $50 per day, affording you both freedom and peace of mind at minimal cost. 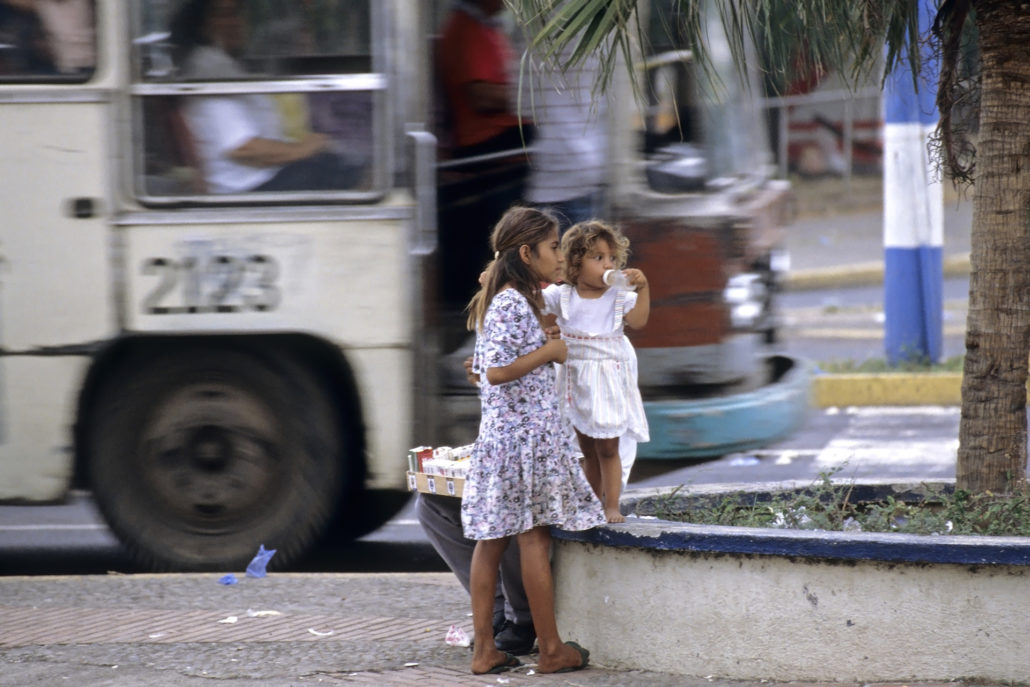 Explore the city with the driver. First stop: Parque Histórico Nacional Loma de Tiscapa, providing great views over the city to Lake Managua from the lip of a spectacular lagoon in the crater of a volcano. Adventurous types can have a go on the zip line over the lagoon, while others can take a stroll around the park or check out the photo exhibit telling the story of revolutionary leader Augusto Sandino and his fight against the occupation of Nicaragua by U.S. forces. The park is also home to the famous statue of Sandino, visible from all over the city.

Revolutionary history is everywhere in Nicaragua, with no single person more prominent than Sandino. The celebrated fighter might have been assassinated in 1934, but his name lived on in the Sandinista group that went from guerrilla army to a political party that rules Nicaragua today. Those with an interest in history should take a look at the National Assembly Pedestrian Walk, with open-air exhibits on a path that leads down to the lakefront. It makes for an interesting stroll in the late afternoon light.

After the day’s work is done, get together with your family at La Casa de los Mejía Godoy. This restaurant, bar and music venue hosts Nicaragua’s most famous living musicians, Carlos and Luis Enrique Mejía Godoy. Their folky rhythms have been a mainstay of Nicaraguan culture since the 1960s, and they are so popular you’ll have to make a reservation if you want to see them play. The best nights to go are Wednesdays to Saturdays, when the venue stays open until 1 a.m.

After a night of merriment, your family can make a relaxed start to the next day while you attend to business. Peruse an interesting window into the contrasts of Managua at the city’s two cathedrals, with the Vieja Catédral de Managua left as a glamorous Neoclassical shell due to a series of earthquakes. Instead of repairing it, the government decided to build the Nueva Catédral in 1993, boasting a collection of 63 small domes. 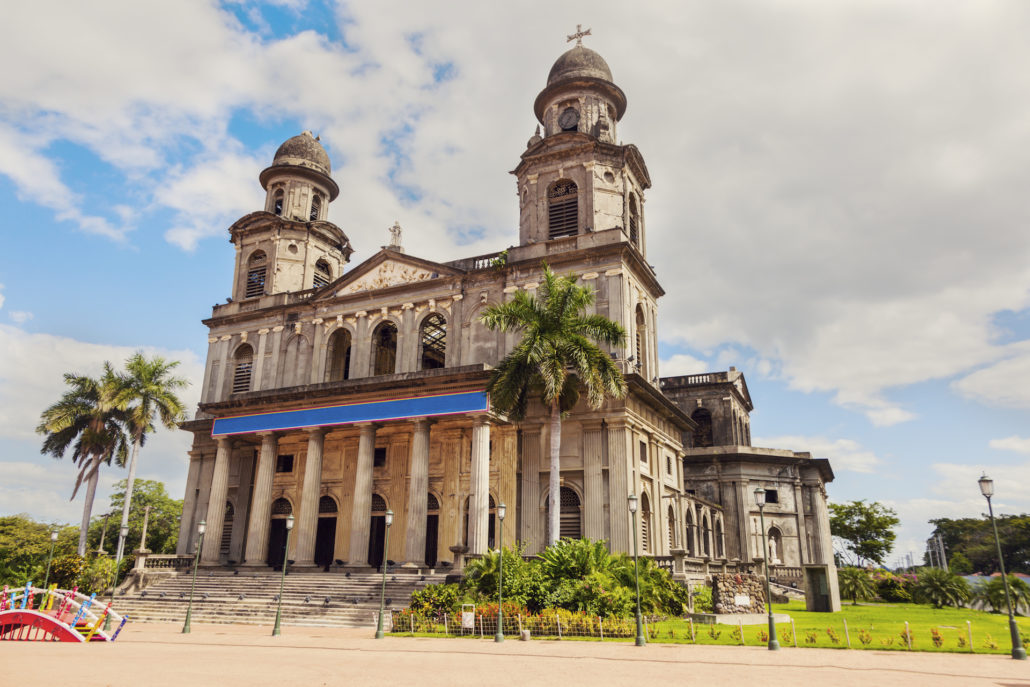 After marveling at the grand cathedrals, it’s time to experience daily life at the Roberto Huembes Market. Home to a huge bus terminal, it’s also the best spot to buy souvenirs from artisans who come from all over Nicaragua to hawk wares. Take your driver with you and keep an eye on your bags, as pickpockets can be a menace.

In the evening, meet up at the Teatro Nacional Rubén Darío, a grand theater that remarkably survived the earthquakes that devastated large parts of the city. The main stage often hosts international performers, while emerging local acts also perform in the smaller Pilar Aguirre room. Before you go, check the listings to see what’s on. If nothing catches your eye, take a look at Códice Espacio Cultural for more contemporary culture. Promoting national contemporary artists since 1991, the thoughtful programs of this event space command respect throughout the region.

Wind down together after a long day at Bar Cultural El Caramanchel, a trendy bar great for a nightcap. The relaxed atmosphere draws a crowd of fashionable Managuas who give you a good idea of how Nicaraguan society is developing.

If you have an extra day before flying home, make the trip to Masaya Volcano National Park just outside the city. The tiny country is crowded with 19 active volcanoes, and Masaya lies only an hour from the city center. Walk through the petrified lava fields to reach the huge crater, where the sulphur makes it hard to spend more than a few minutes peering down into its depths. Make the short drive to Coyotepe Fortress, a former prison offering great views, and then stop by the Mercado Nacional de Artesanías in the village of Masaya to pick up some last-minute souvenirs.

Volcanoes, earthquakes and a tumultuous recent history conspire to make Managua an intriguing if at times confusing place to visit. But don’t let that stop you from getting to know the city.

Celebrate the Holidays in Healdsburg, California

Celebrate the Holidays in Healdsburg, California

The holiday season is here and it’s time to spread some holiday cheer! And that is exactly what Universal Studios Orlando Resort intends.

Family Traditions to Add to Your Christmas Calendar

The holiday season is a time for family and spreading cheer. With everything going on this year, some of your normal holiday traditions may be put on hold, but that doesn’t mean you can’t celebrate the holidays with family.

At Palm Beach Marriott Singer Island Beach Resort & Spa and Pebble Beach Resorts, life-sized gingerbread house displays will be front and center this holiday season. Stop by with your family to take in the amazing creations in person.