Take Your T(w)eens to Cleveland

Looking for a fresh idea for a family getaway? We’ll let you in on a little secret: Clevelanders are a friendly bunch and most excited to welcome you to this other Midwest city on the lake. While this itinerary is mostly geared toward tweens or older, it can easily to be tweaked if your brood includes younger ones. 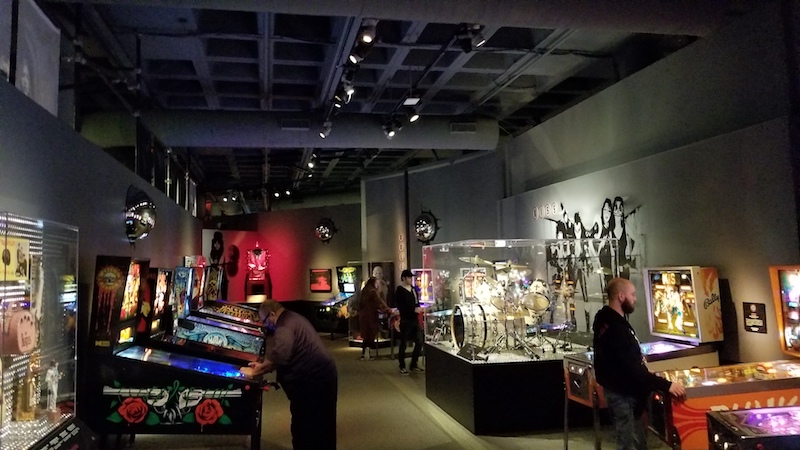 The city’s top hotel is just coming off a massive 18-month transformation of its 206 rooms and public spaces; accommodations are now done in a soothing blue, grey and taupe palette and many have views of Lake Erie. All rooms are equipped with Nespresso coffee machines, 55- and 60-inch smart TVs with Enseo streaming and Netflix access, automation and sensor lighting, lots of power outlets for the family to charge all their devices and new marble bathrooms with large showers and oversized tubs. TURN Bar + Kitchen, the property’s restaurant, gives a nod to the city’s steel past; be sure to pop by at 6 p.m. when the bartender sounds a whistle to represent the end of the workday and passes out free cocktail samples. Sure the property may be a splurge, but booking a room on one of the hotel’s Club Level floors will give all of you access to the newly remodeled Club Lounge, which has continuous food and beverage service all day and throughout the evening. (Don’t miss the global selection of salts, or more importantly, the seven or so varieties of jerky procured from West Side Market.)

Cleveland’s first food hall is an incubator where chefs come to try out new concepts before venturing out to their own space. Right now it’s comprised of four restaurants and a shared bar area. Peruse the menus, order, grab drinks and have a seat and servers will bring you your food; mixing, matching and sharing is the best option. Get an order of chicken thigh mole negro from Poca; Kentucky fried fish with cabbage slaw and hot sauce aioli from The Rice Shop; a Cleveland hot chicken sandwich (it’s got paprika instead of cayenne) with elote street corn at Sauce the City; and a Monty Cristo sandwich with gouda and maple cherry mostarda from Tinman (which can actually pass as a semi-savory dessert). The bar lists regional brews and eclectic wines; among the drinks are Charity Cocktails, for which 5 percent of the proceeds go to a different cause each month. 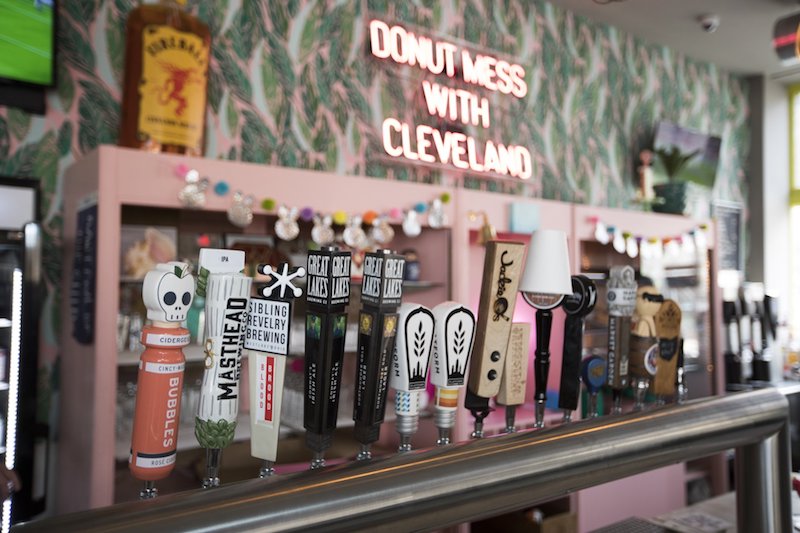 Donuts for the kids and pints for the parents? Now that sounds like a win-win situation. (And you’ll probably want a warm, sugary treat too — these are pretty addictive.) Tear into one of the signature or seasonal flavors like blueberry cream cheese, cranberry Champagne or strawberry sprinkles; all pair well with Rhinegeist Bubbles Rose Cider, coffee or cane sugar-sweetened soda. 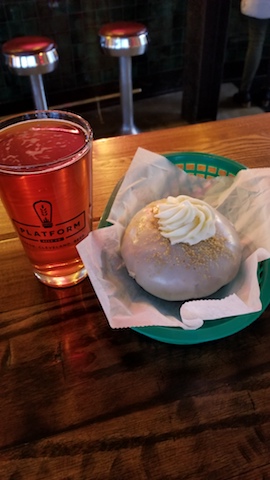 A stroll through the stalls of Cleveland’s oldest indoor/outdoor market space (it dates back to 1912) is people-watching, shopping and noshing all in one. Kids will love browsing the glass display cases overflowing with baked goods, produce, ethnic local specialties like pierogis and sausages, and lots more. Buy a sweet treat like fudge or mini Hungarian layered dobos tortes; this is also the spot to pick up strips of that well-seasoned beef jerky.

Rock and Roll Hall of Fame

The Rock Hall, as it’s called locally, is the must-see attraction in Cleveland for anyone with at least a casual interest in music. (For kids or parents who sing or play guitar or drums, it’s a mecca.) Start on the ground floor where the main exhibition is housed to learn how the blues, gospel, R&B and country formed the roots of rock; from there you’ll encounter an exhibit and film on Elvis and the influence cities have had on rock over the years, like Motown in Detroit and grunge in Seattle. Artifacts from some of the industry’s top artists (The Beatles, the Rolling Stones, Michael Jackson, Guns ‘n Roses) will leave music buffs starstruck. Newest to the museum is “Part of the Machine,” a room filled with rock-themed pinball machines; scanning your entry wristband gives you two free tokens, and you can buy four more for $1. (Warning: It’s super easy to get sucked in here for an hour or more.) Also new-ish is “The Power of Rock Experience” in level three’s Connor Theatre, a 15-minute film produced by Jonathan Demme with induction ceremonies’ most memorable speeches and performances complete with vibrating seats and a pretty fab light show. 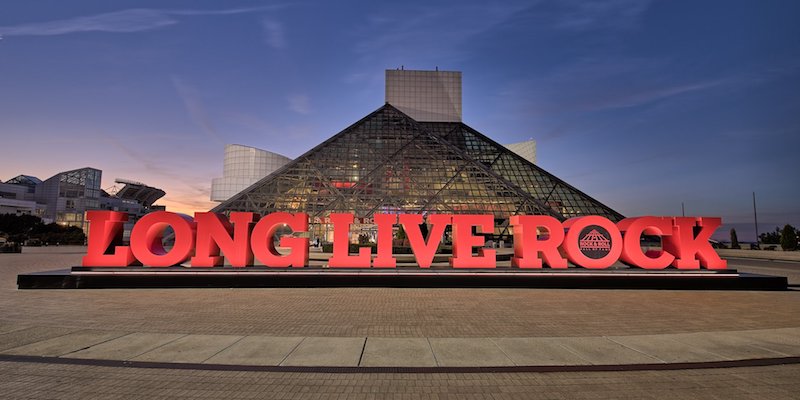 All the locals here brag about their local art museum — with good reason. First of all, the building itself is gorgeous. And you can see Monet’s “Water Lilies,” Andy Warhol’s screen prints and Rodin’s “The Thinker,” along with mummies, hieroglyphics and sarcophagi in the Egyptian wing. The temporary exhibit on the life and work of Georgia O’Keefe will appeal to older kids interested in painting and photography. 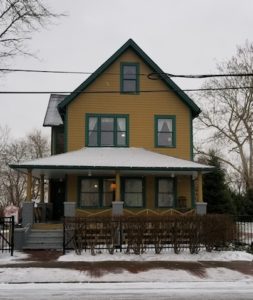 It doesn’t matter what time of year it is: Touring Ralphie’s house will put a smile on everyone’s face. Purchase tickets in the gift shop; while you are waiting watch clips of the film and purchase some souvenirs. Yes, you can buy a leg lamp (“It’s a major award!”), pink bunny-footed pajamas for kids and adults and even a bar of the Lifebuoy Soap Ralphie used to wash his mouth after his, um, tire changing swearing incident. The house itself is restored to be an exact replica of how it appeared in the movie. (For the record, a few interior scenes were shot here, as well as all the exterior ones; the rest was filmed on a soundstage.) Your guide will entertain you with fun facts then let you walk around for 15 minutes so you can snap photos holding the Red Ryder BB Gun, standing next to said leg lamp or pretending to eat that soap. Afterwards, you’ll move next door to the museum where you’ll see actual props and costumes and some behind-the-scenes photos. It’s all great fun.