A Family Sojourn in South Africa

South Africa is the southernmost country on the continent of Africa, bordered by the Atlantic Ocean to the west; Namibia, Botswana, Zimbabwe and Mozambique across its northern borders and the Indian Ocean, to the east. Covering almost 500,000 square miles and with a population of about 58 million, the country fascinates from its urban centers to its coastal shores, to the craggy cliffs of Cape of Good Hope, the rural winelands and garden routes, to its vast inland wildlife preserves, such as Kruger National Park.

For many, the first stop on a South African tour is its capital Johannesburg, where visionary leader Nelson Mandela lived in Soweto and where he wrote Long Road to Freedom (Saxon Hotel). The sprawling contemporary city of Joburg entices with public art and street art and is known as the “City of Gold,” which dates from the gold rush of 1896. Gold Reef City — about four miles from center city — is located on a former gold mine and the amusement park there has a gold rush theme, with thrill rides, including roller coasters. An important part of the Gold Reef City Complex is The Apartheid Museum. From its entry signs labeled “White” and “Non-White” to the images inside, the exhibits tell the poignant story of inequality in 20th-century South African history. Sandton, one of the city’s luxe suburbs has glorious homes and manicured gardens; it’s also where art lovers attend the annual FNB Joburg Art Fair at the Sandton Convention Centre. The township of Soweto (an abbreviation of South Western Townships) is worth the visit to visit Nelson Mandela National Museum. Mandela House, as it is called, is where the historic leader lived from 1946–1962. Visiting Soweto is an insight into how and where most of the city’s black population lives and to eat a meal on Vilakazi by one of the resident chefs and restaurateurs. About an hour outside the capital, kids of all ages delight at the Ann Van Dyk Cheetah Centre, a private game reserve devoted to enhancing the country’s cheetah population. 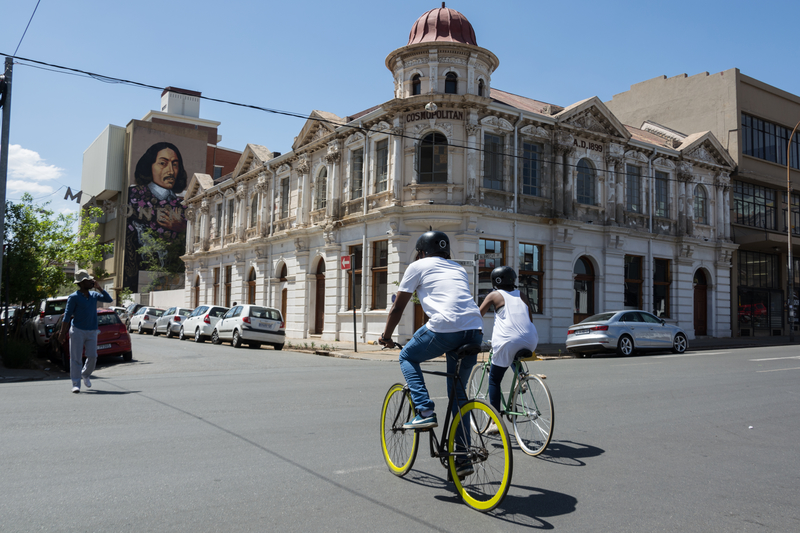 Located on the Western Cape, Cape Town is one of the world’s most alluring cities famous for its stunning scenery. Its amazing topography ranges from bays, lagoons and the sandy beaches of Camps Bay to towering peaks and the high, flat-topped Table Mountain. The views from Victoria Road entice; those from the steep, winding Chapman’s Peak Drive thrill. It’s a venue with mild weather, a Mediterranean mindset, a diverse and international population and great wealth and sophistication. The Victoria & Alfred Waterfront is a singular destination with its grand hotels, international yacht marina and the Zeitz Museum of Contemporary Art Africa — the world’s largest museum of contemporary African art. The waterfront is the launching site for a pilgrimage to Robben Island, where Nelson Mandela spent 18 of his 27 years in an island jail. Entertainment abounds in the “Mother City” but few family-friendly activities compare to the exciting Table Mountain Aerial Cableway, which has transported more than 27 million passengers since 1929. (There are even caves to explore in Table Mountain.) And, kids adore getting up close and personal (from boardwalks) with the colony of a few thousand, small, African penguins on Boulders Beach, about an hour outside the city.

The first wine farm in South Africa, and indeed the Southern Hemisphere, was settled nearly 300 years ago, near Cape Town in what has become the noteworthy wine-producing area called Cape Winelands. Surrounded by beautiful bluish mountains studded with ancient oaks, the charming towns of Stellenbosch, Paarl and Franschhoek are idyllic vacation destinations or daytrips from the city. One activity that enchants even the smallest visitor is a hop-on, hop-off ride on the Victorian-style, Franschhoek Wine Tram, which provides picturesque rural scenery and — by including various buses and trucks —opportunities to stop for tastings and treats at 20 wine farms, from large-scale producers to smaller family-owned cellars.

Durban is a coastal city with a dynamic port on the Indian Ocean, in eastern South Africa’s KwaZulu-Natal province. Its bustling Victoria Street Market the futuristic Moses Mabhida Stadium, the uShaka Marine World theme park and aquarium, the KwaMuhle Apartheid Museum and the Southern Hemisphere’s largest mosque are all worth seeing. Durban’s stunning seafront promenade was one of the many improvements made for the World Cup in 2010 and continue on from the Durban Botanical Gardens, which  showcase orchids and cycads and other African plant species. Outside the city, there are four-wheel tours through the Valley of a 1000 through greater KwaZulu-Natal that introduce Zulu culture and visit a traditional Sotho village. 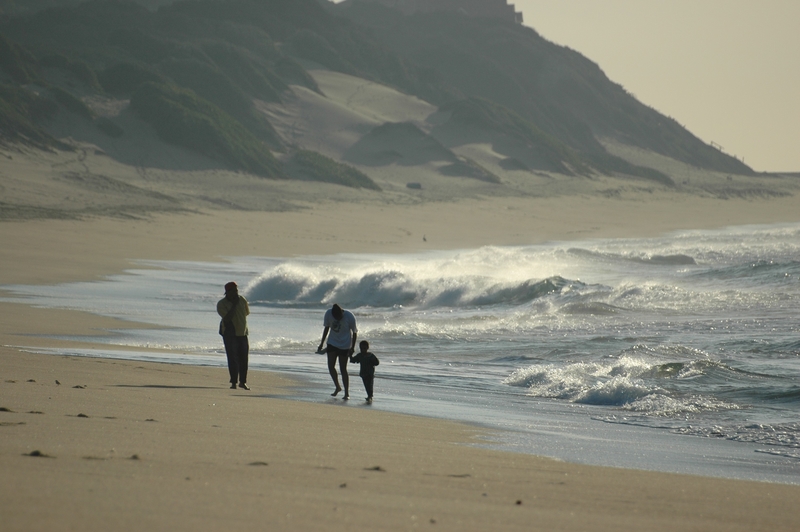 Family on the beach in Durban. Photo: Casey Pratt | Dreamstime.com