A Wild Time in Nairobi

Is Kenya a suitable destination for kids? It was a question my parents asked themselves in the early 1970s when we moved there. They made sure I was aware of all potential hazards, and I was scared of everything: the wildlife, the people, the food. But soon I engaged with the country to such an extent that every return visit has been a homecoming.

My parents were right to warn me of the dangers. This is no glorified version of The Lion King. Wild animals are a potential threat, and on safari it is important to stick to the rules. Some safari camps are unfenced, and children should be supervised by adults at all times. But, in Nairobi, there are opportunities to get up close and personal with Africa’s most famous species.

One essential stop on any family vacation here is the Sheldrick Wildlife Trust Orphanage, founded by the late Dr. Daphne Sheldrick in memory of her husband, David, one of Kenya’s first game wardens. Although the orphanage cares for a wide range of young animals for eventual release into the wild, its most famous residents are its elephants. 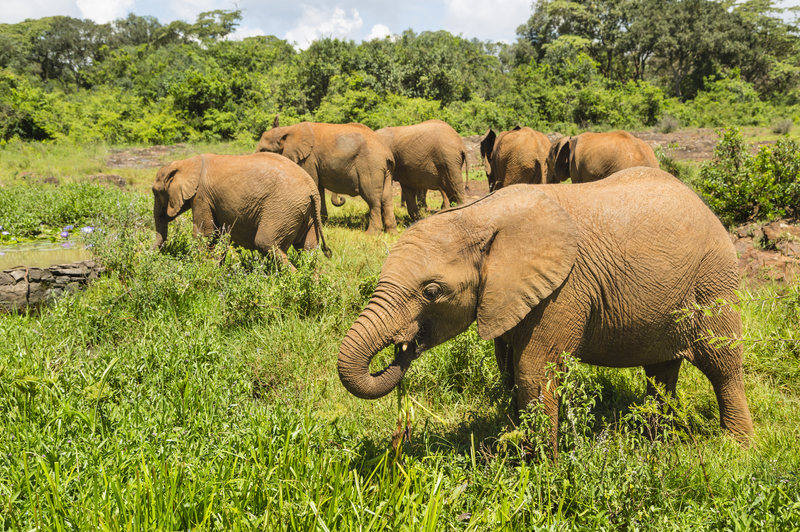 The orphanage, located on the edge of Nairobi National Park, opens for an hour to the public every day, 11 a.m.–noon. It offers a chance to see and learn about the current residents, but if you adopt an animal (details on the orphanage’s website), you can visit by appointment at 5 p.m. (book as far in advance as possible to avoid disappointment). After feeding time — a chaotic event, when the baby elephants jostle to be bottle-fed by their keepers — adopters are escorted around the nursery to meet the animals. What does it feel like to stroke an elephant? You’ll find out.

The focus is on another gentle giant at the Giraffe Centre, located in the suburb of Langata, 12 miles southwest of downtown Nairobi. Open 9 a.m.–5 p.m. daily, the center houses a herd of roaming giraffes. A special raised platform enables visitors to view the animals eye to eye — an unforgettable privilege. On the center’s nature trail you can spot a wide variety of birds and small mammals including squirrels, antelope and warthogs.

After the orphanage and Giraffe Centre, the next step is a proper safari. Uniquely for a capital city, Nairobi features a national park on its doorstep. Just five miles south of downtown you enter an expansive wilderness in which wild lions roam free, feasting on zebra, buffalo and wildebeest. This makes the park especially suited to kids who prefer to return to the comforts of modern life by bedtime. While the habitat isn’t suitable for elephants, with luck during a minibus tour you might see rhinos, hippos, lions, leopards or cheetahs, as well as abundant herds of grazers.

Diversity also defines the people of Kenya, with 43 distinct ethnic groups, each with its own language and customs. At Bomas of Kenya, a cultural village southwest of downtown, you can discover Kenya’s tribes in all their richness. The village includes examples of the different tribal building styles as well as regular performances of music and dance. 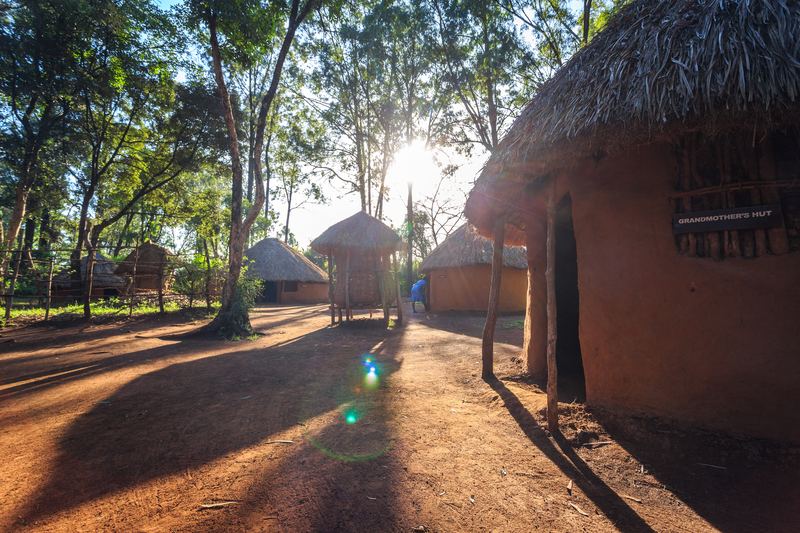 Learn more about Kenya’s heritage — both human and natural — at Nairobi National Museum, close to downtown. Combine a visit with the adjacent Snake Park, where you’ll see black mambas, puff adders and cobras. Fortunately, one rarely encounters these deadly snakes in the wild.

No visit to any country is complete without sampling the local food. The main staple is ugali, a form of cornmeal porridge that looks like mashed potatoes and tastes like wallpaper paste. It is usually served with relish, a tangy sauce made with meat or vegetables. More accessible dishes reflect Kenya’s past: Arabs, Indians and the British all influenced the country’s cuisine. Sample common street foods such as samosas (Indian pastry), savory doughnuts and roasted corncobs.

One issue in modern Kenya my parents didn’t have to contend with: terrorism. The August 7th Memorial Park downtown poignantly commemorates the 218 victims of the U.S. Embassy bombing in 1998. Tragically, other major incidents in recent years targeted public places. Although chances of getting caught in an attack are low, it is worth discussing the threat, and children should carry with them family contact details in case they are separated.

Nairobi is so colorful and stimulating, abstract worries soon recede. You and your family will spend every day making memories that will last a lifetime. At Kazuri Bead Factory in the suburb of Karen, you can acquire physical souvenirs. A factory tour takes you through the process of turning raw stone and clay into a glittering array of shiny beads, incorporated in a dazzling variety of products (necklaces, earrings, sandals and bags) for sale in the shop.

For serious souvenir hunting, visit Village Market in the suburb of Gigiri. This extensive retail and entertainment complex includes the Maasai Market (great for fabrics and handicrafts) and more than 150 shops. A food court also offers international and local cuisine.

I went to school in Kenya, but Kenya itself was my education. Throughout my childhood I accumulated the experiences that shaped my life. For any child, a visit to this vivid country will have a lasting impact.

Movies on the Potomac are back at National Harbor, in Maryland, offering a variety of Halloween classics during the entire month of October. Every Sunday, 4–6 p.m., National Harbor will show a free movie on the Waterfront Plaza big screen, located at 150 National Plaza.

Broadway is open once again with new shows ready to captivate audiences. Starting Oct. 21, Disney’s Winnie the Pooh will begin performances at Theatre Row. Take the family through the Hundred Acre Woods for a magical outing.

A new study from Vacasa, the nation’s leading vacation rental management platform, found 48 percent of parents are planning to travel with their kids — however, it also showed a near-even 46 percent are planning a vacation with their spouse only. After a year of homeschooling, parents need a break this autumn!

Savor the good life at the new family-friendly, all-inclusive beachfront resort located in the exclusive private community of Cap Cana, home to the iconic sugar-white sands and clear blue waters of Juanillo Beach, when it opens this November.