Best Kid’s Attraction in Downtowns Across the Country

California is more than just a beautiful beach and a sunny day. It has plenty of can’t-miss attractions in the many downtowns across the state, including these hits for families: 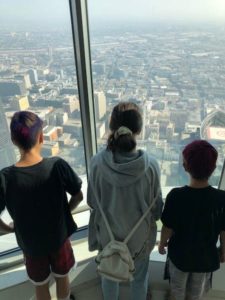 Tucked away between skyscrapers and wholesale markets, OUE Skyspace features a glass skyslide nearly 1,000 feet above the street. Located in the U.S. Bank Tower, the slide is an enclosed ride with unobstructed views of everything in downtown. If you survive your landing onto California’s tallest observation deck, walk around Los Angeles with a different perspective, from the Hollywood sign all the way to Santa Monica Pier and, on a clear day, you might even see Catalina Island. You can enjoy the view with a drink at the Skybar. The hall leading to the magnificent drop is lined with Los Angeles history, from movies and bands to sports teams.

Record a song in a studio or create art on a digital board. There are exhibits and activities for all ages to keep your family entertained for hours. Admission is $25 for those 13 and older and $19 for 3–12-year-old kids. Afterwards, stroll through the “birthplace of Los Angeles,” Olvera Street where town square hosts Mexican holidays and festivals. There’s a marketplace selling authentic Mexican crafts along with the oldest restaurants in L.A.; you’ll see why they’ve stayed in business so long.

Museums highlight life back when the area first became a settlement and there are free morning walking tours Tuesday–Saturday. Olvera Street is open daily, including holidays. 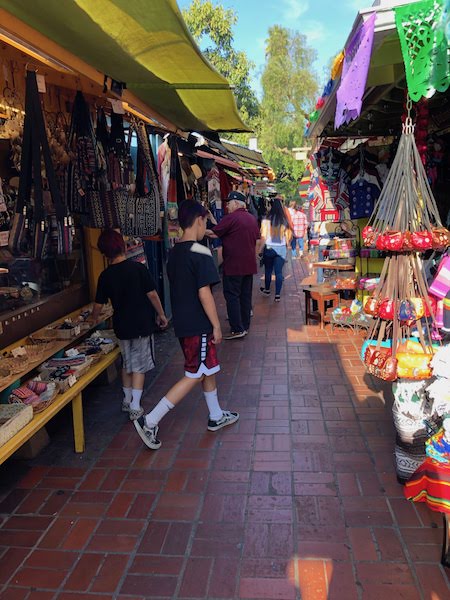 Ever wonder what it would be like to serve on an aircraft carrier? The USS Midway Museum throws open its doors, helping families find out. Docked off Navy Pier in downtown San Diego, the USS Midway boasts more than 60 restored exhibits that take visitors through history and the workings of naval aviation. Kids can join the Junior Pilot Program and receive a kid-approved audio tour then participate in a ceremony to earn their wings. Those 42 inches and taller can take on the enemy in a simulated dogfight or practice taking off from the Midway’s deck and flying around the city in one of the other flight simulators.

If all that flying makes you hungry, head over to Little Italy when you land and munch on pizza or pasta in one of the many restaurants peppered through this Italian community. Little Italy is San Diego’s oldest, continuously operating business district and at one point was home to 6,000 Italian families.

Known world-wide as the “most crookedest street in the world,” Lombard Street’s sharp turns wind through a red brick street in the immaculate neighborhood of Russian Hill. Take a selfie at the bottom to show friends your accomplishment. Originally built to increase safety by decreasing a vehicle’s speed down the steep grade, the Lombard Street switchbacks attract hundreds of thousands of yearly visitors. Lesser known, but actually more crooked, is Vermont Street in the Mission District between 20th and 22nd Streets. Not as pretty as Lombard Street, the concrete Vermont Street is actually even more curvy.

After you’re done with all the crazy driving, head over to Fisherman’s Wharf, a short walk from Lombard Street to munch on world-famous clam chowder in round, sourdough bread bowls and say hi to the hundreds of sea lions that call the wharf home.