From northern New Jersey to Virginia’s Shenandoah Valley, farms in the Middle Atlantic states are geared up to celebrate the harvest. Kids of all ages can share in the fun, which ranges from apple picking and hayrides to jack-o-lantern carving and getting lost in a baffling corn maze.

Alstede Farms in Chester grows more than 250 varieties of organic fruits and vegetables on more than 600 acres and, in the fall, the farm is filled with traditional family activities: apple and pumpkin picking, hayrides and a corn maze. Go in the morning for an all-you-can-eat pumpkin pancake breakfast before getting lost in the maze. Other crops are available for PYO, including potatoes — great fun for city kids who may not have had a chance to dig for their own food!

Ramsey’s Farm in North Wilmington adds an especially spooky element to its corn maze — exploring it after dark with flashlights. Evening activities also include hayrides and a bonfire. The seven-acre maze is themed to feature farms, foods and agriculture around the world as kids “travel” through the maze from continent to continent. For younger kids there is a sorghum maze and for very young kids the easy-to-navigate hay bale maze keeps them in sight of parents during the entire adventure.

West of Baltimore in Frederick County, Brookfield Pumpkins is all about families, with a three-acre corn maze, hayrides and pick-your-own pumpkin patch. Little kids love the petting zoo with chickens, calves, goats and sheep, or they can play in one of the corn bins — like a sandbox but filled with kernels of dry corn. On Sunday afternoons the farm offers free mule rides. 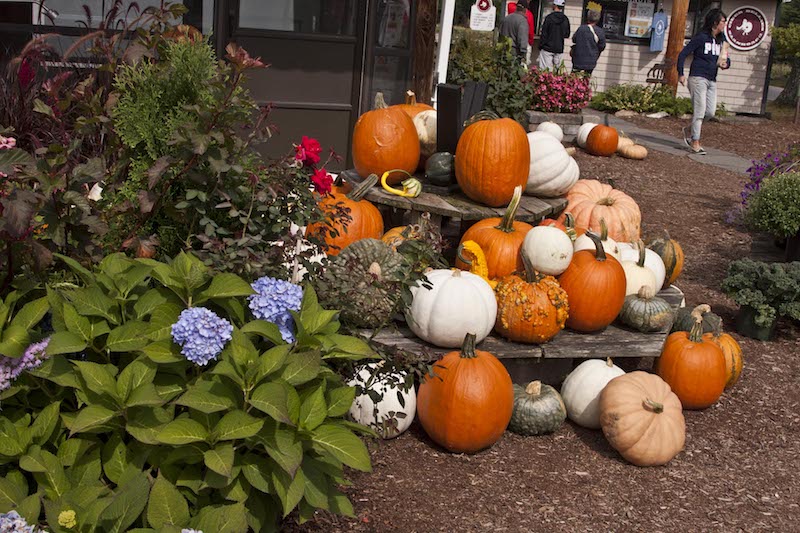 Pumpkins at a farmstand © Stillman Rogers

Bring some outgrown clothes to Zekiah Farms, near Waldorf in Charles County, where you can build your own scarecrow. Choose the head from the three-acre PYO pumpkin patch and carve it into a jack-o-lantern face. Another three acres is covered by a corn maze with 1.5 miles of paths to get lost in. There are hayrides on weekends and farm animals to see; stock up on raw, unfiltered honey from the farm’s own honey bees.

Not far from Annapolis, Maryland Sunrise Farm claims one of the state’s biggest corn mazes at eight acres, plus a mini maze for younger children and a hay bale maze for toddlers. Hay rides are pulled by tractors and there’s a place for kids to jump in the hay or run a straw obstacle course. They can even make and taste their own butter at this certified organic farm.

Close to Washington, D.C., in Winchester, Richard’s Fruit Market is the state’s oldest open-air farm market, on a three-generation farm. There’s no giant corn maze, but there are lawn games and a petting zoo with a horse, a miniature horse, ducks, goats and turkeys. Assemble your own bouquet of fall flowers in the pick-your-own garden.

In Virginia’s Shenandoah Valley, the Bridgemont Farm has the Maize Quest Corn Maze, hayrides, a slide and games; Saturday and Sunday evenings are “flashlight nights” when you can challenge the maze after dark, then gather around a bonfire. In Luray, home of the famous Luray Caverns and a few miles away from Shenandoah National Park and Skyline Drive is Valley Star Farm, with a huge pumpkin patch and a maze in the cornfield. They also do tractor-drawn hay rides. 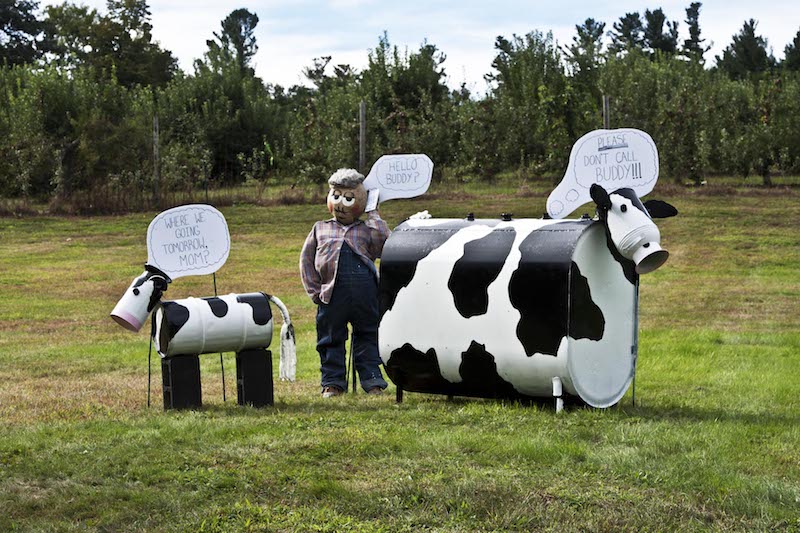 In times of stress, boredom and even enjoyment, some of us find ourselves reaching for a treat or two — or a dozen. When you need the crunch or sweetness of a snack, but not all the guilt and remorse to follow, registered dietician Lisa Moskovitz, founder and CEO, New York Nutrition Group, recommends these not-so-bad snacks — they’re also great in kids’ lunches or as after-school snacks!

Morgan’s Wonderland Theme Park: A Place for All of Us

The first refreshing aspect of Morgan’s Wonderland is its inspiration; a real person instead of a cast of cartoon characters. The second, all the more innovative and meaningful, her parents channeled her resilience and zest for life into a destination of pure family fun, designed to be more inclusive than some of the most-visited theme parks on the planet.

Ever since travel began picking back up and travelers started returning to the skies, Delta Air Lines has blocked the middle seat option on all flights, and limited the number of passengers per flight. Delta Air Lines announced it will continue blocking the middle seat and limiting travelers through at least Jan. 6, 2021. Delta is hoping this extension will make individuals, groups and families more comfortable flying over the holidays.

Courtesy of Encore Resort at Reunion