Walking down the narrow stone streets of North America’s only walled city with people around you speaking in French, you could easily think yourself in Europe. But this exotic Canadian city is only a short way from our own border, and although French is the official language you’ll find most people also speak English. So treat yourself and your kids to a taste of New France; you’ll all have fun there and maybe the kids will learn a bit of French in the process.

The Walled Upper Town and Citadel

The walled town on a bluff high above the St Lawrence River is part of Vieux Québec, a UNESCO World Heritage Site. Kids will enjoy walking the ramparts (they’ll feel like they are guarding a castle), which also gives a good overview to help orient you to the city. At the Citadel, they can watch the pomp and ceremony of the Changing of the Guard and at Artillery Park they can talk with costumed interpreters. At Terrasse Dufferin, just beneath the distinctive towers of the Chateau Frontenac, you can see excavated segments of the earliest walls built to defend the city from the river below. This wide promenade borders the steep drop-off to the old port, and is a favorite place to stroll and enjoy the views. 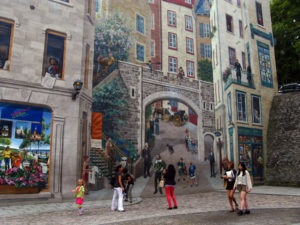 From Terrasse Dufferin, ride the funicular to the lower part of Vieux Québec. In the lively Place Royale children will be intrigued by the entire wall painted to look as though they could step right into the city as it was in colonial times. Soldiers look as though they might step out into the square and join the magicians, mimes, musicians and historical re-enactments that make Place Royale a gathering point for both locals and tourists. In the charming streets winding through this lower town are cafés, restaurants, handcraft galleries and boutiques.

It’s all about interaction at the changing exhibits in the Museum of Civilization as it explores history, science and the world around us. Past special exhibits included realistic simulations of earthquakes, and other ambitious effects sure to draw children in. A current program, Once Upon a Time, is a workshop designed for ages 3 through 10, where children and parents can don costumes and step into a world where they create their own fairy tales, with wolves, secret passages, fairies, handsome princes and dark forests. Another changing exhibit explores the human brain.

If you don’t take your kids to Érico Chocolaterie Pâtisserie on rue Saint-Jean and they hear about it later, they’ll never forgive you. In the small museum behind the mouthwatering chocolate shop, you can learn about the history of chocolate since Mayan times, see ancient utensils and watch modern techniques in action through a video and views into the kitchen as chocolatiers create the confections sold in the shop. Warning: You won’t get out without re-charging your energy with a luscious brownie or scoop of t chocolate ice cream. 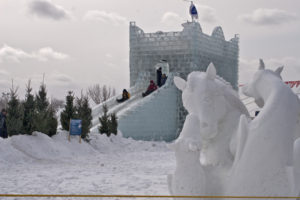 See Québec City at its finest is during the three-week extravaganza of the Québec Winter Carnival (Jan. 26–Feb. 11, 2018). The entire city turns into a winter playground, embracing the cold, playing in the snow and building castles of ice. Evening parades (Feb. 3 and 10 in 2018) draw crowds to watch fantastic floats, marching bands, costumed performers and light shows. The Plains of Abraham, a giant park atop the bluffs where the battle for control of North America took place, becomes a winter wonderland for all ages, with giant ice sculptures, two tubing areas (one just for group or family rides), dogsled and sleigh rides, a zip-line and a 400-foot ice slide. Children ages 5 to 8 can learn to ski on free rental equipment, and everyone enjoys sugar-on-snow at the sugar shack. Elsewhere, a snow slide is beside the Chateau Frontenac and a giant ice palace with towers to climb stands at Place Loto-Québec. 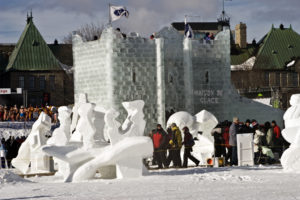 Books for the Family That Make the Perfect Travel Companions

Books for the Family That Make the Perfect Travel Companions

Sail to Sicily in a Private Villa at Sea

Ever wish you could have a private villa experience at sea? Now you can thanks to The Thinking Traveller, a New York- and London-based holiday rental company which manages more than 200 exclusive villas in the Mediterranean.

The sprawling and diverse landscape of Colorado offers a bit of everything: You can ski and snowboard on some of the best trails in the world, enjoy the great outdoors on epic hikes and take in the splendid natural beauty of the rugged state, or head to the cities for endless metropolitan attractions, shopping and nightlife.