Almost completely surrounded by the Mediterranean and Adriatic seas, Italy and its islands have miles of beaches washed by warm waters. These range from large, exuberant holiday resorts to secluded little coves known to locals.

When choosing beaches for your family, look for Blue Flag status, which indicates water quality and safety, and also for a newer Green Flag designation. This is awarded by a group of pediatricians and identifies beaches best suited to children and their safety. It considers such criteria as clean sand to play in, slowly sloping shallow water, lifeguards, playgrounds, rest and changing rooms and kiosks for cold drinks and food. Space between umbrellas is also considered for those beaches that have umbrellas and lounge chairs already set up, which you can rent.

Each region is different, but here are some of the favorites for families.

Some of the most fabled beaches in Italy are on the island of Sardinia, whose shore offers miles of golden sand. Some of the best are on the southwestern coast, where you can choose between sandy beaches that hide in coves between headlands or longer more developed ones, such as the three miles of beach at Porto Campana, where older kids can rent equipment and take lessons in kiteboarding or paddle boarding. At the end of a long beach in Pula is the archeological site of Nora, a huge open-air museum where kids can explore Roman baths and a theater.

Close to the fabled Costa Smeralda, but light years away from it in style and cost, little seaside villages like San Teodoro overlook the same turquoise sea that made the Costa Smeralda (Emerald Coast) the pet of jet-setters. Beaches here have shallow water sheltered from currents, and often fantastic, wind-sculpted rocks to play on. These low-key towns on Sardinia’s northeastern coast cater to families with budget-friendly lodgings and a choice of free beaches or those outfitted with umbrellas and beachside services. 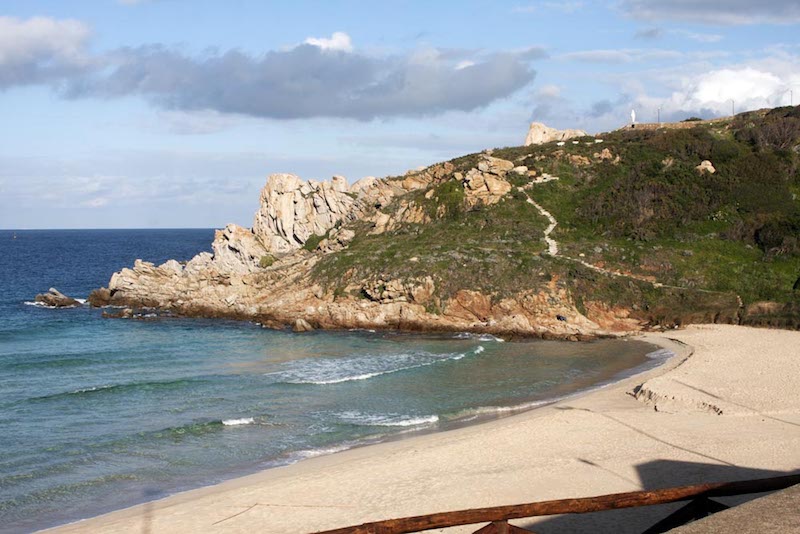 A smaller island, this one off the coast of Tuscany, is dotted by more than 150 beaches, from long sandy stretches to tiny shingle beaches hidden in coves. Less crowded than the main beaches, the one at Sant’Andrea has shallow protected waters and offers the amenities of lounge chairs and umbrellas for rent. The beach at Sansone also slopes gently, good for families with small children. Ferries to Elba (a short ride and great fun for kids) leave from the port of Piombino, on the Tuscan coast south of Livorno.

Once the favorite of European royalty and nobility for its year-round warm climate, Sanremo still has the glitz and glamor of its villas and gardens, as well as a Medieval old town with winding alleys and passageways, so kids will get the feel of being in Europe while enjoying a beach holiday. Beautiful beaches line the coast between Sanremo and San Lorenzo to the east. Most are free and much less crowded than the Riviera beaches farther east. They are connected by a 15-mile bicycle path and hotels often provide bicycles for guests. Most also have organized activities for kids and can arrange babysitters.

If you want a typical Italian beach holiday, head for the granddaddy of them all, Rimini’s miles of white sand washed by mild Adriatic waters. You may have trouble seeing the sand, because what makes this so typically Italian is the row on row of rented beach umbrellas and lounge chairs. That’s the way the Italians love their Riviera del Sole, complete with its Coney Island honky-tonk atmosphere. Hotels that line the shore range from super-luxurious to modest family lodgings. Entertainment abounds at waterparks and fun fairs and kids can take a trip through the highlights of Italy at the popular Italia in Miniatura. For a less a boisterous beach experience, though with the same long stretches of sand and mild blue waters, try some of the less well-known towns between Ravenna to the north and Cesnatico to the south.