No Need to Bust Your Budget With Toronto’s Hotel Boom

Liberal politics, a great USD to Canadian dollar ratio and tons of family-friendly activities no matter what the season beckon travelers — especially those looking for some newer options in terms of lodging. Whether reborn, redesigned or downright new, there are lots to choose from in Toronto.

The boutique 58-room Broadview is housed in what used to be a gentlemen’s club, and it still exudes refinement and luxury. Back in 1891 when it was constructed, they were still called phonographs, but now there are record players in each room, along with funky wallpaper, plush velvet drapes, marble bathrooms and large windows that let the light stream in. On-site restaurant The Civic was named one of Toronto’s best new restaurants in 2018 (Toronto Life), and the laid-back Café + Bar is also a neighborhood favorite in historic East End. There’s also a glass-enclosed Rooftop Bar. King sitting rooms connect to make family suites.

Lacquered wood, crushed velvet and a cushy geometric carpet summoning the 1970s are available in spades at the new Bisha Toronto. Suites designed by rocker Lenny Kravitz mean the décor is just as edgy as the trendsetting concept in the city’s Entertainment District. Nightclub mogul Charles Khabouth, called the city’s “King of Clubs,” expanded his empire with this sexy 44-story-tall multiuse property with 96 hotel rooms and 355 residential condominiums. There’s three on-site restaurants (including one from celeb chef Akira Back), a 2,200-square-foot lobby bar, a 24-hour café for java after a night of clubbing and KŌST restaurant on the 44th floor also serves guests on the rooftop pool with views of Lake Ontario and the CN Tower. 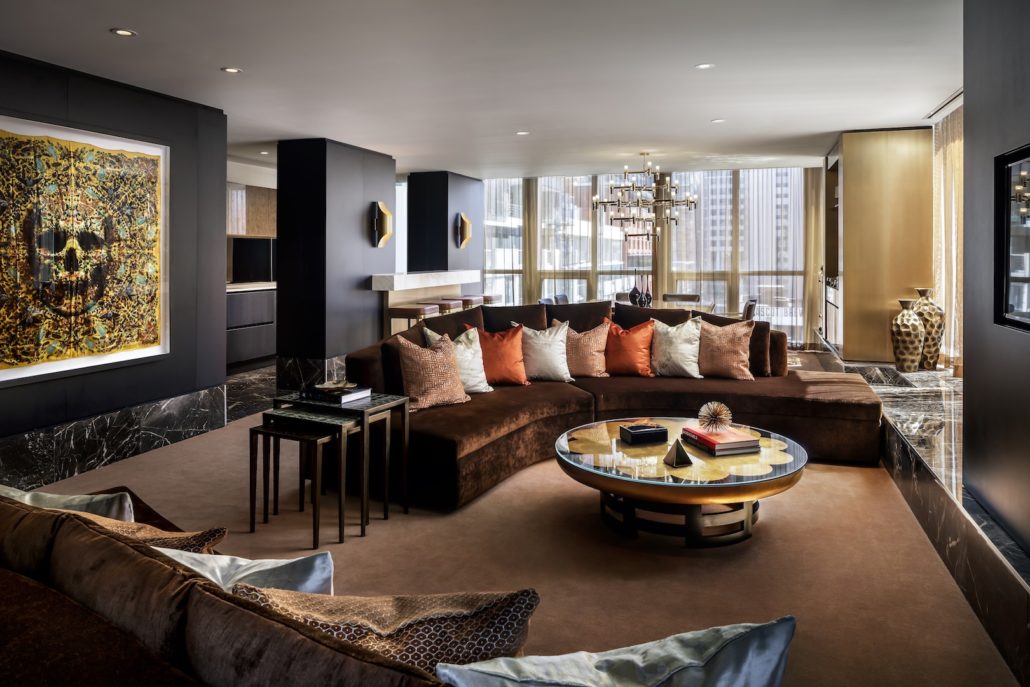 Former 1950s apartment complex the Anndore was reborn in April as Anndore House, a mixed-use property with offices, dining and hotel space. The upmost level can host parties and working sessions. Expect 113 modern guestrooms with great access to parks, galleries, theater, music, boutiques and nightlife at the popular Yonge and Bloor intersection.

Its Hungarian sister property Aria is consistently rated one of the top hotels in the world so it’s no surprise Hotel X Toronto by Library Hotel Collection is well on its way. Besides spectacular views from almost each of the 404 rooms, there are four indoor tennis courts and nine squash courts, a rooftop swimming pool, a tri-level rooftop Falcon SkyBar, a Pilates and spin studio and family-friendly features like a 250-seat cinema and 56-seat screening room, plus a kids play center. For the adults, there’s a beer garden and art gallery. There are rooms with two queen beds, rooms with a king bed and sofa bed, plus 39 suites which can be combined in multiple ways no matter whether you’re looking for a couple’s weekend or a family-friendly trip. 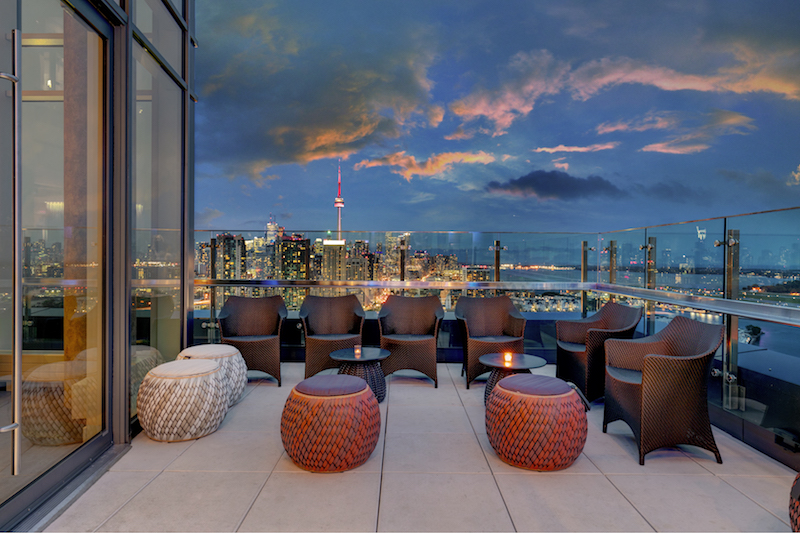 Canada’s first Kimpton Hotel, the Saint George, opened in June. There’s free, custom-designed bikes to explore each area, along with a hosted wine hour in the evenings. The living room area has original pieces by local artists and the adjacent craft offers a large Canadian whisky selection for serious sippers. If you’ve got a kid studying at the University of Toronto, this’ll be one of your closest options when paying a visit.

At the ultimate hipster hotel, the Annex, there’s no concierge, bellhop or front desk staff. Check-in is done online and you text staff if you need anything. Fresh towels and pillows are in a communal area so you can grab what you need, there are no TVs, no parking and no room service. What there is, though, is a communal garden, upscale MALIN+GOETZ bath products and spaces that feature the work of local musicians, artists and chefs for the ultimate “think local” experience.

The Trump Hotel Toronto is undergoing a rebrand and will open in early 2019 as Canada’s first St. Regis property, boasting the city’s largest guestrooms (starting at 550 square feet). One hundred and twenty four of the 258 guestrooms are suites. Enhancements include a new lobby and lounge and a LOUIX LOUIS grand bar and restaurant on the 31st floor. The hotel will also host afternoon tea, Midnight Supper and the evening ritual during which Champagne is sabered in the lobby lounge.

A hospitality empire also famous for its high-end sushi restaurants broke ground in June 2018; Nobu is combining dining, residences (already sold out) and hotel concepts. There’s little information about how many suites and rooms still being built and it is expected to open in 2020.

Ace Hotel is looking to open a Toronto location in 2019, at 13 stories tall with 130 rooms. The art-friendly boutique brand’s new spot would have a red-brick exterior as an homage to the neighborhood’s industrial past, bucking the glass-exterior trend of most new properties.

The KAI Foundation and Partners Care for Rangers, African Wild Explorations in the Fight Against Poaching

With COVID-19 hitting the global economy hard and tourism dollars dwindling across the globe, destinations relying on tourist revenue need funding more than ever. Enter Uganda.