Sailing the Windjammer Victory Chimes with a Teenager

Any Windjammer cruise along the coast of Maine is a treat, but a trip aboard Maine’s only historic three-masted schooner was irresistible. We chose a music-themed cruise, which we knew would please our teenage daughter.

Victory Chimes is the largest of the Maine Windjammer fleet, and its owners are a musical family, so they plan several sailings throughout the season with Maine and other musicians and groups on board for evening concerts and jams.

Guests on our trip were a local Maine acoustic band, Minors Creek, and the concerts included music to appeal to all ages, which, on our cruise, spanned from teens to octogenarians. There was no sound system, just voice and instruments floating in the night air. Mary staked out her favorite spot on the deckhouse for the evening concerts (the same perch we used during the day to play rummy). 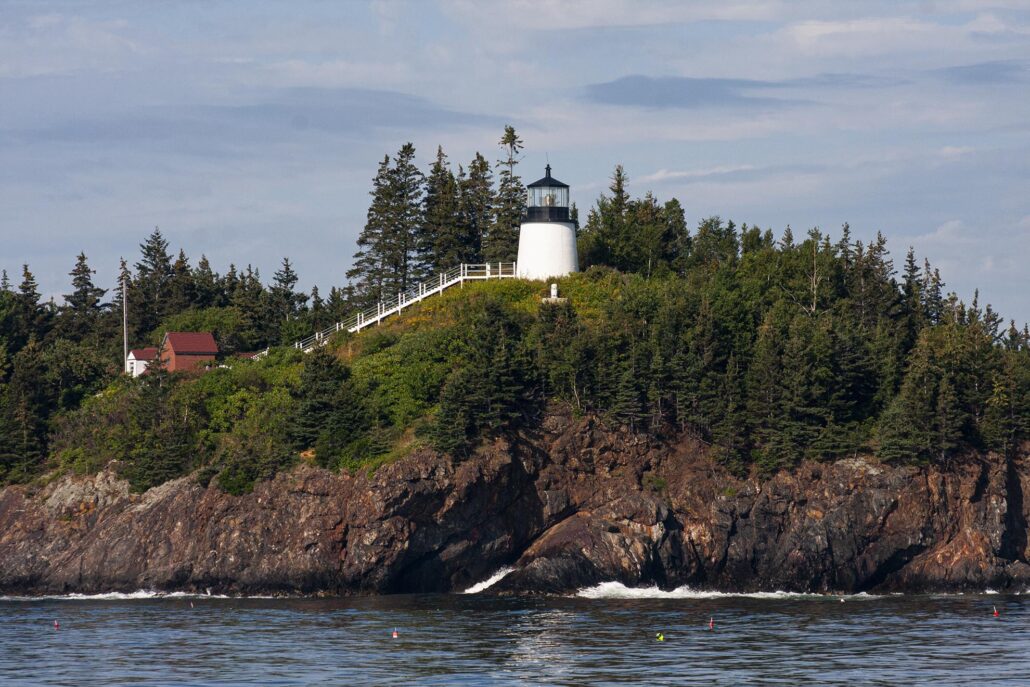 It wasn’t just in the evenings. There was always music. The cruise was a magnet for musicians, not just those invited on each trip to perform, but for passengers and crew members, even the owners, accomplished musicians themselves. Instrument cases were among the duffels and luggage hauled aboard when we left Rockland, and someone always seemed to be tuning up or strumming or riffing. A talented young violinist sailing with her family found a place to rehearse for an upcoming recital, and the strains often drifted back to us as we sailed.

Days were spent at sea, sailing among the islands of Penobscot Bay, passing lighthouses, stopping to explore little towns like Stonington, on Deer Isle. This former quarry and fishing town is now a haven for artists and craftspeople, and we browsed in their studios and bought ice cream from a stand near the harbor.

Being outdoors in the sun and fresh breeze seemed to make us hungrier than usual, especially those energetic passengers who chose to help with hoisting and furling the sails. So there was never any lingering when the bell rang for meals. Lunch was served buffet style and al fresco, with everyone finding a perch on deck; breakfast and dinner were family-style, at long tables in the dining room below. All were hearty, filling and well-prepared.

One breezy day we warmed up eating a hearty lunch of pork and chicken chili, served with jalapeño corn muffins and raspberry-pepper jelly, laughing as an occasional lettuce leaf from our salads blew overboard. Of course, there was the traditional lobster dinner, a must on every Windjammer cruise.

While we expected the evening music to be a hit with a teenager, we did not expect the other highlight of the trip for her: oysters. One evening, as Victory Chimes anchored off an island, we were joined by an oyster grower (the Damariscotta River is known for growing the finest oysters in the northeast). He brought with him buckets of these prized mollusks, told us a little about the river and the habits of oysters, and showed us how to shuck and eat them. 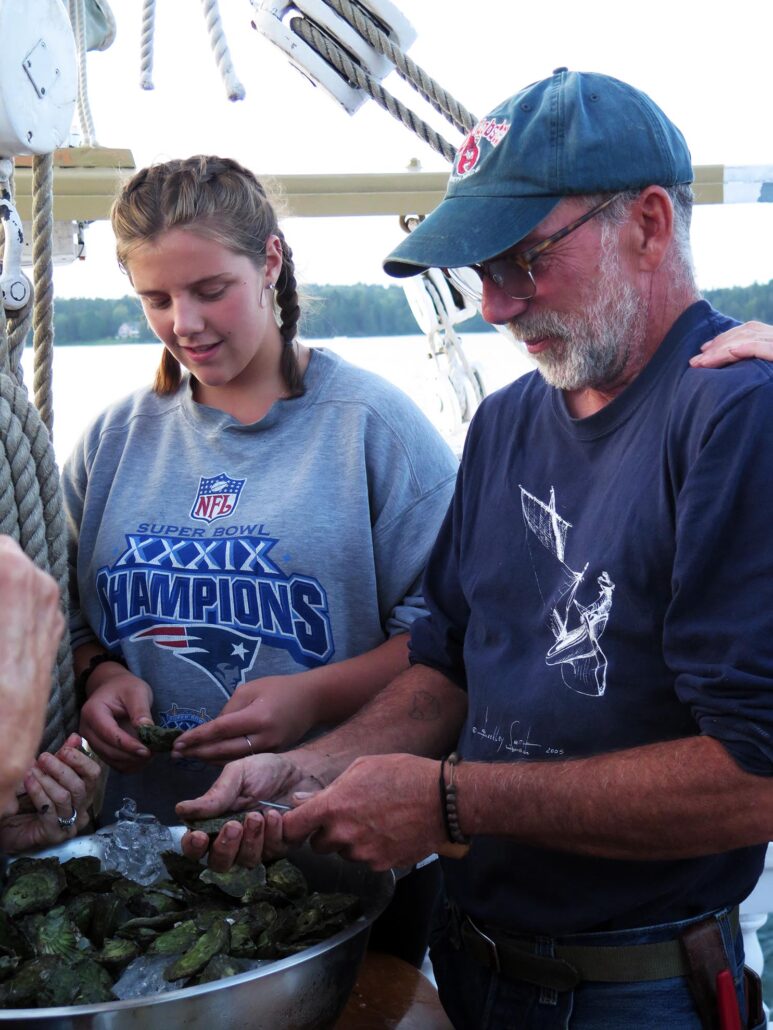 Mary was one of the first to step forward to try prying the morsels from their shell.

“Have you ever eaten an oyster,“ he asked. She hadn’t, and we could see the knowing smiles of the other passengers as they waited for her reaction to popping this cold slippery thing in her mouth and swallowing it.

“Wow,” she said with a big grin, “it tastes just like the ocean! Can I shuck another one?” For the rest of the evening, she was right beside him, opening oysters for everyone and consuming quite a few herself. Another skill added to her resume; who knew?

If You Go: Victory Chimes, along with others of Maine’s Windjammer Fleet, sails from Rockland June–September, on voyages of three–six nights. Cabins are small, most for one or two passengers, but three larger ones can accommodate a family of four. Cruises rates vary with the season and musical entertainment, but range from less than $800 for a three-night cruise to $1,350 for a six-night cruise with special guest performances.