Style and Sophistication, Out of Africa

Cape Town has long been regarded as South Africa’s most stylish city, especially with a new wave of internationally renowned restaurants (most notably, The Test Kitchen and The Potluck Club), upgraded hotel options and several cultural highlights, including the spectacular and moving Zeitz Museum of Contemporary African Art and the Crypt Jazz Club at St. George’s Cathedral, a key historic site and former spiritual home of Bishop Desmond Tutu.

Given such heavyweight sites as Table Mountain, the Robben Island Tour and its Jewish museums, Cape Town’s reputation as a “shopping destination” had been a bit of an afterthought until a few years ago. The V&A (a.k.a Victoria and Alfred Waterfront) shopping complex has long been a retail-restaurant gathering place for years, made all the better with its postcard setting. However, at Victoria Wharf, options were generally similar to what you could find in the United States and Europe save for some nicely arranged boutiques specializing in African art. Today, however, you will find more homegrown shops in the mix selling locally made perfume and body care products and the wares of edgy fashion from South African designers whose statement pieces and basics are well priced and well made. 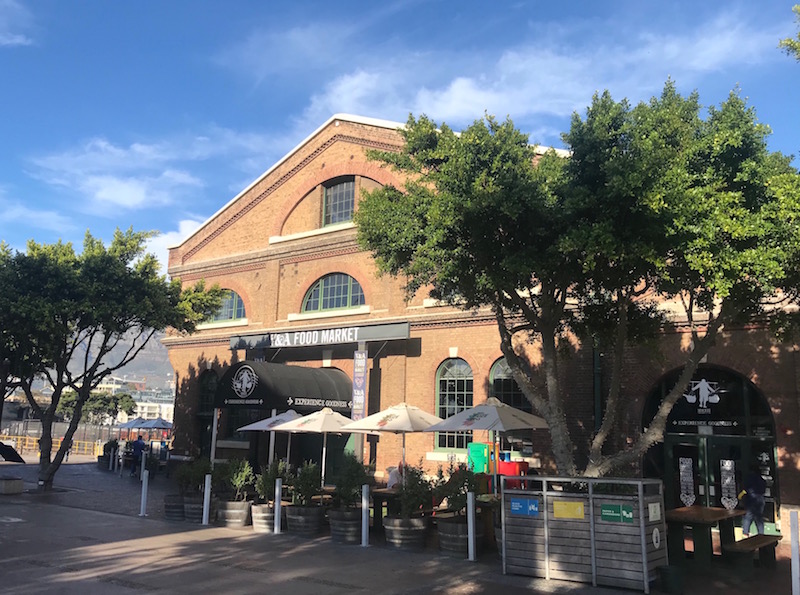 Through the last decade, several smaller shopping enclaves proliferated on the waterfront, including Alfred Mall, which caters to an older, affluent clientele and the V&A Market Food Hall, with numerous concept coffee and tea joints and several stalls covering a variety of farm-to-table and ethnic food specialties. However, the most ambitious destination by the docks is The Watershed, a warehouse transformed into a year-round art fair with 150 tenants stocking desirables from 365 local brands. Highlights include Jane Valkan, Spin Knits, Non-European and Mille Collings. 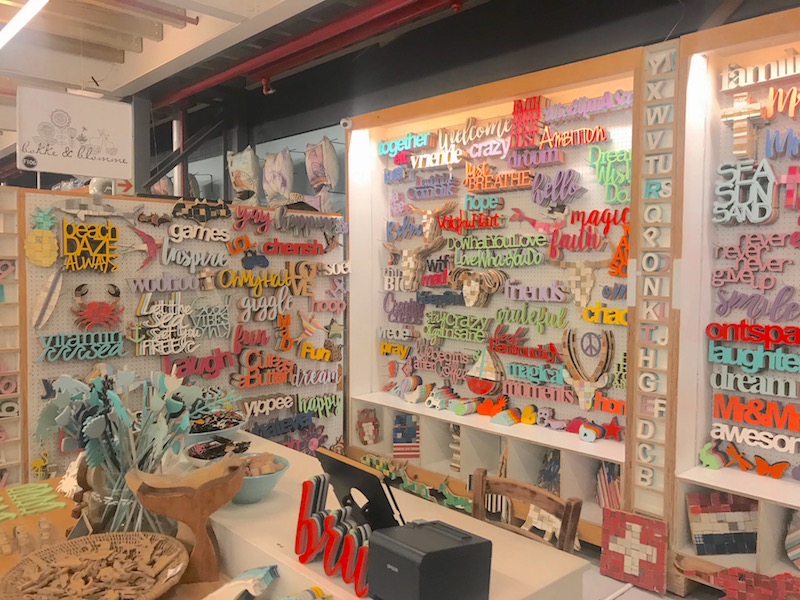 While some locals will point out prices at the Watershed run a little higher than souvenir spots (and much of the edible take-homes like biltong and only-in-South-Africa candy bars can be had for even less at pharmacies and supermarkets), discerning customers will get what they pay for whether they are searching for kids’ clothing and toys, interesting decor items that read local but don’t scream “souvenir,” and ethnic chic clothing and jewelry running the gamut from subtle everyday basics to girly floral dresses to sharp tailored menswear crafted with African fabrics to statement pieces updating traditional tribal influences.

Those a little less into shopping can venture off into the Watershed’s Jubilee Hall, an indoor educational activity space with an impressive triple-story, three-dimensional maze, two Submarine Escape Rooms, an extreme high line ropes course, arts and craft sessions and a mini-maze for younger kids. 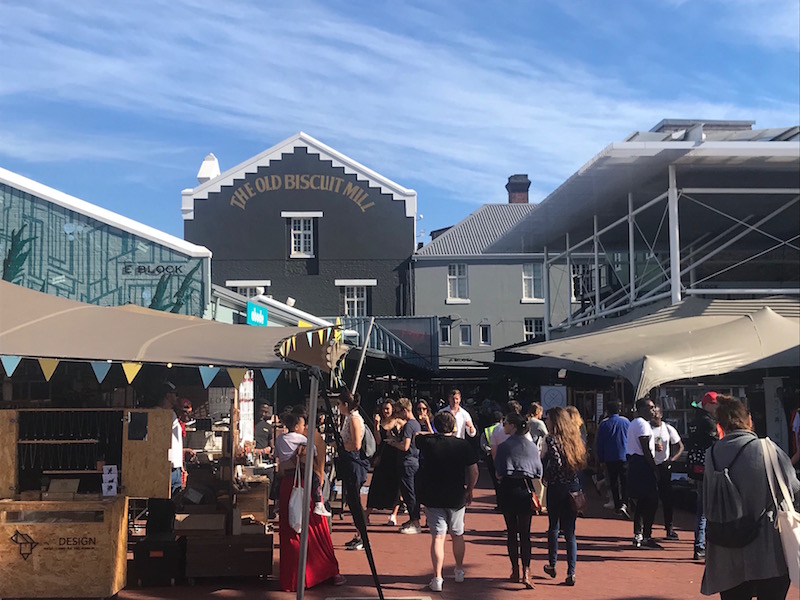 On its own, Woodstock represents urban renewal at its best, with its mix of galleries, restaurants and shops in upcycled buildings and vibrant murals and street art. The Old Biscuit Mill continues that vibe with more one-off boutiques and restaurants occupying the one-time flour mill. The coolness factor of the place magnifies every Saturday with the Neighbourgoods Market, which assembles more up-and-coming design talents in the decor and fashion realm as well as a farmers market and kiosks that showcase some of the city’s top bistros, casual eateries and food trucks at affordable prices. Rain or shine, the market also features live entertainment and prime people watching. 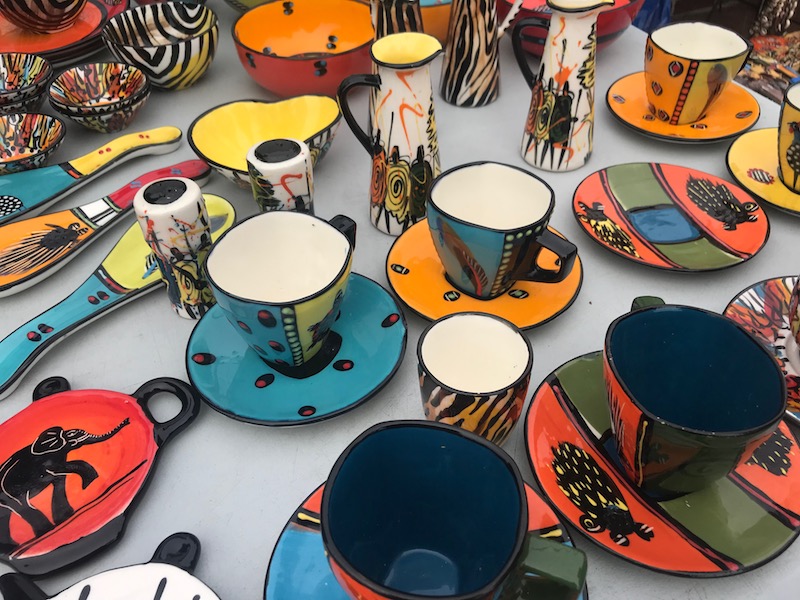 The beach-chic Camps Bay neighborhood is noted for its beaches and delightful, low-key cafés. While it is not known for its shopping, you will find locals selling handicrafts, including one family who have been selling their beautiful ceramics for years. And speaking of home-grown art, it is worth mentioning the Zeitz Museum’s gift shop is stocked with beautiful jewelry, pillow covers, ceramics and toys that actually do allow shoppers to bring home something special that represents South Africa’s greater artist community.