As a teacher introducing artists and art museums to my French and Spanish students, I learned a key technique for museum visits: Don’t overstay their attention span! One hour is ample time and, for some youngsters, start in the museum shop where they can discover a few things they want to see firsthand. For most, a finale in the garden or museum café for ice cream or a meal is welcome.

Most importantly, find the exit well before they show signs of boredom, because if you wait until you hear “I’m bored,” the red flag will be up for future museum outings.

In Paris, where visits to fabulous, world-famous museums — The Louvre, The Musée d’Orsay and The Pompidou Center — can be overwhelming, consider introducing the next generation to one or two small museums, including a house museum where a collector or artist lived. In an hour’s time, they can see and feel the beauty and, perhaps, learn what they like and what they don’t.

(A caveat: a museum pass avoids the wait; it gets you to the front of the line at museums small and large.)

Here are three favorite places with outdoor space for play youngsters will appreciate. 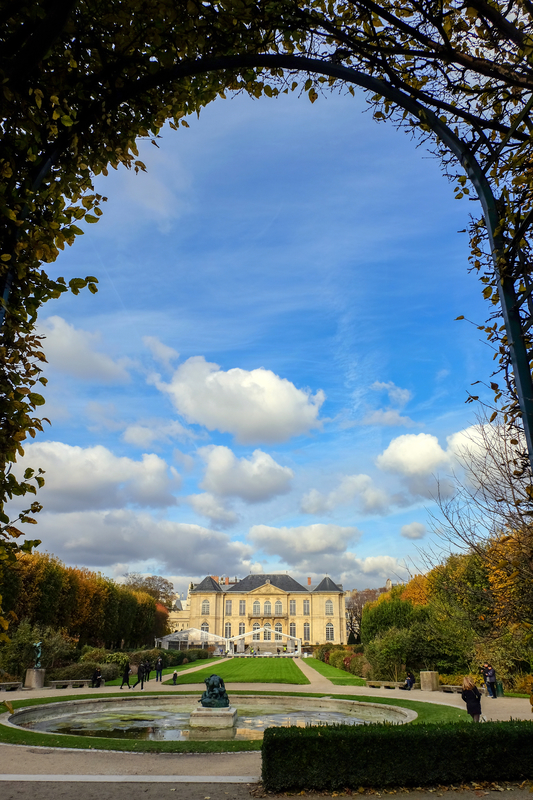 At age 18, after my classes at the University of Paris, The Sorbonne, I explored Paris. One of my favorite places to visit was the Rodin Museum where I could sit reading in the garden of the Hotel Brion, and look up to admire “Le Penseur” (The Thinker c. 1902). In 1917, two years after the renowned French sculptor Auguste Rodin died, during World War I, his studio was converted into a dedicated museum where his sculptures decorated its gardens. Between 2012–2015, the entire museum was renovated and everything — from paneled walls to parquet floors — was restored. Kids will love the sculpture garden and seeing the plaster casts where the sculptor lived and worked; there’s a room devoted to Camille Claudet’s work and paintings by contemporaries, including Van Gogh and Monet. The museum is near the military museum at Les Invalides and not far from the Eiffel Tower and its park.

A special bus from the Étoile and a “petit train” (a narrow gauge chugging choo-choo) from Porte Maillot, bring visitors to the verdant 2,500-acre Bois de Boulogne and its Jardin d’Acclimatation (a children’s amusement park) and Fondation Louis Vuitton (the adjacent contemporary art museum). This brainchild of Bernard Arnault — president of the French luxury goods business LVMH (Moet Hennessey Louis Vauitton), was designed by Frank Gehry and his glass-paneled iceberg with sails was inspired by the 19th-century glass architecture designed for the Jardin d’Acclimatation, c. 1860. See neon tubes, red lips (Bertrand Lavier) and works by Basquiat, Andy Warhol and Ellsworth Kelly; enjoy the terraces and views of the Eiffel Tower. Then, head next door to the park’s animal farm, boat and amusement rides and fast foods.

Youngsters who spend a few minutes at the Camondo Museum — in a mansion which overlooks Parc Monceau, the favored playground for Parisian children — might well enjoy being among the 18th- and 19th-century French treasures before they play in the park or walk in the eighth arrondissement along the nearby Champs Elysées. Moïse de Camondo’s extraordinary Hotel Particulier was donated to the French government in memory of his son, Nissim, who lost his life at age 25 serving in the French army in World War I; tragically, during World War II, his daughter, Beatrice, and her family were deported and murdered in Auschwitz. Only family collectibles remain, including chairs from Louis XVI’s sister and silver from Catherine the Great.

Who knows which piece of art, furniture or china will appeal to your youngsters? Or how the story behind this family home might matter to them?