African Parks and the Importance of Conservation

If children are the future, consider our planet and the animals who reside on it our lifeblood. It’s not an easy task conserving at-risk wildlife and saving endangered species, but between WWF South Africa, African Parks, Malawi’s Department of National Parks and Wildlife and Ezemvelo KZN Wildlife doing the good work of trying, the future is looking a little brighter.

Translocating endangered animals (or, in the black rhino’s case, critically endangered) to a well-protected area is an essential part of the job. Giving wild animal populations a chance to grow, survive and hopefully thrive on a reserve prepares the animals to eventually be released back into the wild and rebalance the delicate ecosystem that meets so much contention from climate change and poachers.

During the translocation, the rhinos were quarantined and cared for for six weeks before moving to their new home in Liwonde National Park. Once released, the rhinos began settling in, while African Parks moved another three rhinos between Liwonde and Majete Wildlife Reserve to diversify the habitat. 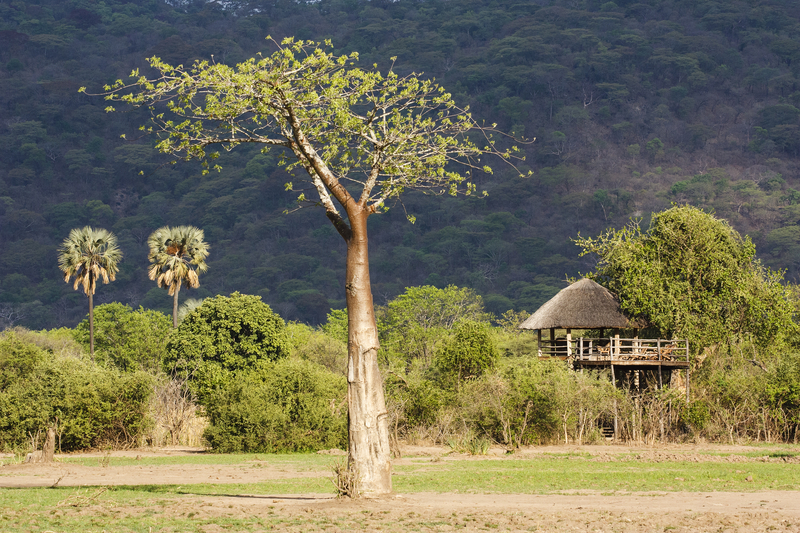 Baobab, next to the Liwonde National Park in Malawi. Photo: Kevin Gillot | Dreamstime.com

Together in partnership with the DNPW, these efforts positively transformed the landscape of Majete and Liwonde for the land, animals and locals. Conservation efforts in the area, such as the reintroduction of key species, resulted in a dramatic reduction of poaching and a large growth in tourism.

“Well-managed protected areas are a vital lifeline for countless wildlife and people. Thanks to the leadership of the Malawi Government, we’ve been able to ensure that critically endangered species like black rhino can return to these places and people can benefit from the areas being conserved,” said Craig Reid, park manager, Liwonde National Park.

“This international collaboration is an opportunity to contribute to improving the prospects of rhinos in Africa,” said Brighton Kumchedway, director, Malawi’s DNPW. “By working with partners to restore our natural heritage, in concert with economic development, we’re providing a sustainable future for both wildlife and people in our country.”

Between the governments of Malawi and South Africa, law enforcement, community initiatives, funding and heightened security working together to boost Malawi’s black rhino population and aid all wildlife conservation efforts, it clearly takes a village.

While tourists, families and adventure-seeking travelers flock to national parks and reservations to experience wildlife on safari deep in the African bush, it’s easy to forget how much work really goes into keeping these animals safe.

Movies on the Potomac are back at National Harbor, in Maryland, offering a variety of Halloween classics during the entire month of October. Every Sunday, 4–6 p.m., National Harbor will show a free movie on the Waterfront Plaza big screen, located at 150 National Plaza.

Broadway is open once again with new shows ready to captivate audiences. Starting Oct. 21, Disney’s Winnie the Pooh will begin performances at Theatre Row. Take the family through the Hundred Acre Woods for a magical outing.

A new study from Vacasa, the nation’s leading vacation rental management platform, found 48 percent of parents are planning to travel with their kids — however, it also showed a near-even 46 percent are planning a vacation with their spouse only. After a year of homeschooling, parents need a break this autumn!

Savor the good life at the new family-friendly, all-inclusive beachfront resort located in the exclusive private community of Cap Cana, home to the iconic sugar-white sands and clear blue waters of Juanillo Beach, when it opens this November.