Boston is a great city to visit with small children, with activities, museums and attractions to entertain and teach youngsters while parents have a good time, too. Getting around is half the fun for kids, either on the T subway system or by the handy above-ground, hop-on hop-off trolleys. These stop at all major attractions and you can ride as often or as far as you like on one all-day ticket.

The first place parents with young children head is the outstanding Boston Children’s Museum, specifically designed for children up to age 10. Creative and original hands-on experiences engage children in art, science, technology, literature and the world, although they probably won’t even realize they are learning at the same time. There are costumes to try on and plays to perform, games and toys that explore the laws of motion, light, color and sound. Little builders can dig, climb, build, operate a jackhammer and balance on a girder in the Construction Zone. Budding paleontologists can examine fossils and measure a dinosaur footprint under the eyes of a life-sized animatronic Dilophosaurus. Kids can decorate a float for a traditional Afro Caribbean celebration and dance to a world of ethnic music styles. An entire Japanese house has been reassembled inside the museum for kids to explore and compare to their own. You’ll find yourself intrigued by the activities and want to play, too. 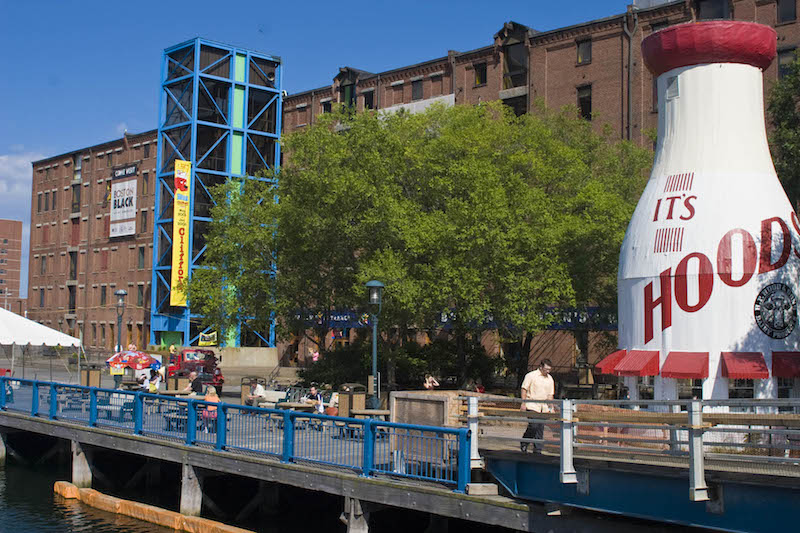 Hands-on explorations at the Museum of Science cover the whole range of science and technology, and for all ages. Many of the exhibits and activities will engage young children as they explore chemistry, biology, ecology, meteorology, physics, astronomy and computers in more than 700 exhibits. Live stage presentations are almost continuous, and kids will especially love the dramatic demonstrations in the Electricity Dome. In ComputerPlace they can operate a robot and discover how their computer stores information. Little kids are enchanted by the conservatory filled with exotic plants, where they can walk among a flutter of butterflies. They can meet live animals, and watch laser shows in the planetarium. There’s a full day’s worth of activities here.

Upwards of 20,000 fish and aquatic animals, representing more than 550 species, make their homes at the New England Aquarium on Boston’s waterfront. Bright-colored tropical fish swim amid the coral of a manmade Caribbean coral reef, where kids can also see sharks, turtles and moray eels. They can handle some of the sea creatures, including starfish, urchins and crabs, in the Edge of the Sea touch tank and watch harbor seals play and perform in their enclosure outside the aquarium. What captivates most little kids, however, is watching the colony of penguins. You can take whale-watching tours arranged by the aquarium, as well. 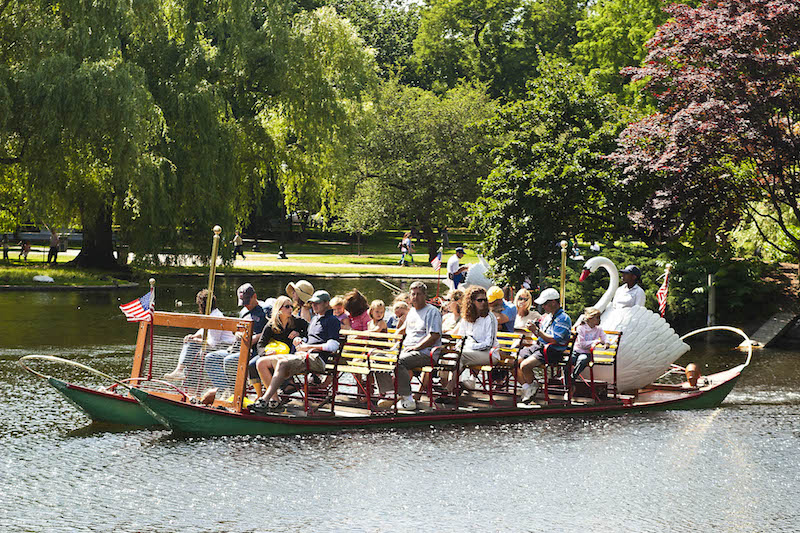 A Boston tradition no kid (or adult) should miss is the chance to ride the swan boats around the pond in the Public Garden. It’s a time-honored tradition that began in the 1870s and a winner for kids. Be sure to look for the bronze duck family near the miniature bridge; this was the setting for Robert McCloskey’s children’s classic Make Way for the Ducklings. In the summer, young kids can cool off in the wading pool known as the Frog Pond, and from November through mid-March it becomes a skating rink with skate rentals.

Although riding the trolley will give you a good tour of Boston’s major landmarks, kids will enjoy the Boston Duck Tour in a repurposed World War II amphibious vehicle that travels on both land and water. You’ll get a different view of the city from the Charles River, and kids will love the notion of driving right into the water. 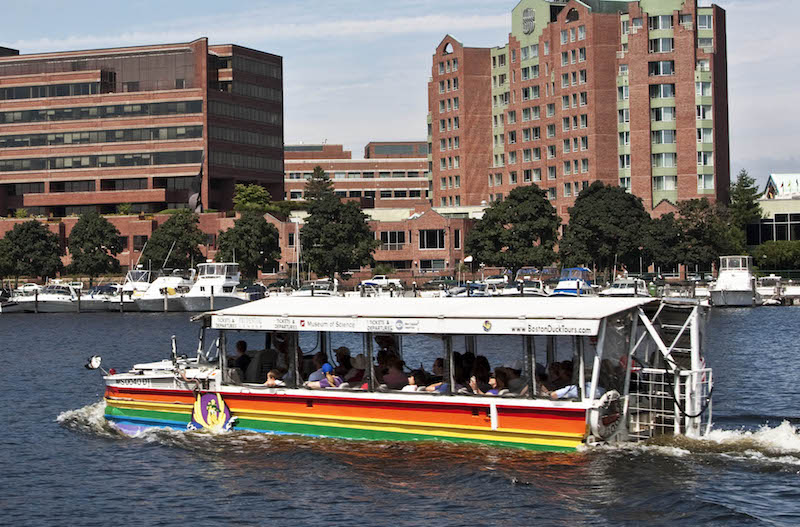