Spain’s Canary Islands sit in the Atlantic, off the coast of North Africa and about 600 miles south of mainland Spain. The volcanic islands are known for glorious beaches, and an approachable, tourist-friendly atmosphere. Each island is small enough that you can visit several different beaches from a base anywhere on the island.

The southern coast of the largest island is lined by golden beaches, each backed by a variety of resorts for every budget. The liveliest beach scene is at the largest of the beaches, Maspalomas, where there are play parks, restaurants, cafés, amusements and shops, as well as places to rent beach chairs and umbrellas. One end is a preserve protecting a large area of giant sand dunes that rise like mountains above the sea. Kids will love exploring this vast, sandy, otherworldly dunescape, especially if they do it on the back of a camel. 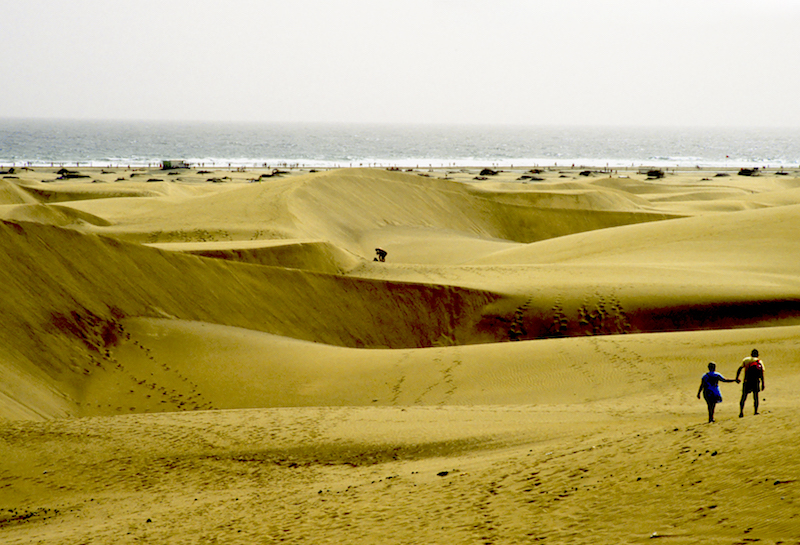 Playa Las Canteras is the largest of several good beaches in the capital city of Las Palmas, with gentle waters thanks to a natural barrier of volcanic rock. The water is relatively warm on this southern coast and crystal clear, so you may want to take a cruise on a glass-bottomed boat to see the aquatic life.

The longest beaches are on the southern coast, west of the capital of Santa Cruz, in an area known as the Costa Adeje that’s heavily developed for tourism. Playa de Las Vistas, at Los Cristianos on the island’s southern tip, is family-oriented and one of the busiest beaches, while Playa del Duque, to the west along the Costa Adeje is the most upscale, with luxury resorts that often include babysitting and children’s activities. More remote and less posh are the beaches at the far western end; the last in the chain of beaches is Los Gigantes, under spectacular soaring cliffs.

An especially good beach for families is Playa de las Teresitas, just outside the capital of Santa Cruz. Its golden sands, imported from nearby North Africa, slope gently into a long stretch of shallow water protected by artificial barrier reefs. The reefs also make it easier for swimming, protecting the waters from the surf of some other beaches. 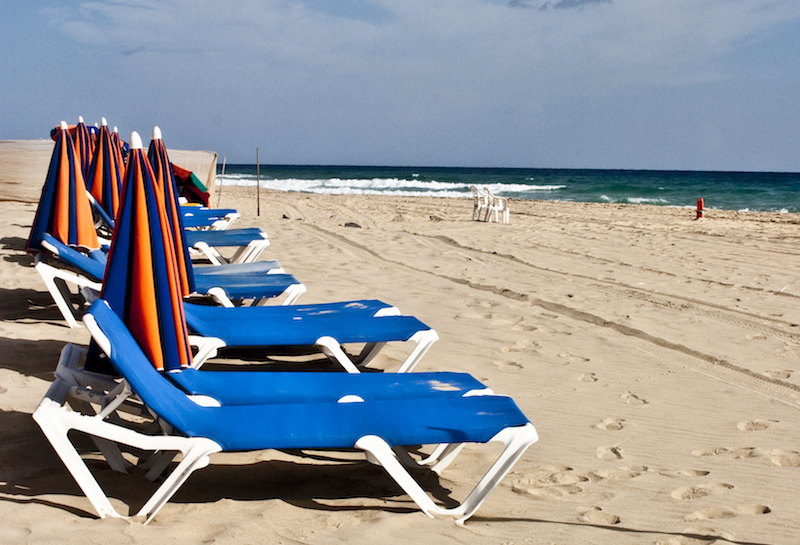 With less tourist infrastructure, heavy surf and a young clientele made up largely of surfers, the north coast of Fuerteventura is not generally considered the best for families of young children. But, for those who love the laid-back vibe and budget-friendly prices of Corralejo, it’s a good base, and Playa el Pozo has moderate waves and safe swimming waters.

But for miles of idyllic golden sand beaches, head south to Playa Sotovento (leeward beach), which stretches for about 30 miles, along the entire south coast of the Jandia Peninsula, at the southern tip of the island. The waters are a luminous turquoise, and you can take any number of boat cruises to see the sea life. There are towns with plenty of tourist facilities, but, with all this beach, it’s easy to find a spot of your own even in the busiest seasons.

Heading to Super Bowl LIV? Your Miami Weekend is Covered With the Best Places to Dine, Drink, Shop and Celebrate

Tips for Planning Travel to Tokyo for the 2020 Olympic Games

If your family scored seats to your favorite sporting events through a ticket sales lottery system for the Tokyo 2020 Olympic games (July 24–Aug. 9) or Tokyo 2020 Paralympic Games (Aug. 25–Sept. 6), you’ve won gold when it comes to ultimate bucket list experiences.

Consider Georgia, Mississippi and More as You Plan a Spring Camping Trip

The dead of winter is just beginning to set in, meaning it’s the perfect time to start planning outdoor adventures for when the weather finally breaks. With a world filled with places to explore, these spots should be at the top of your list this spring:

Explore one of the world’s most popular cruising destinations in an immersive, individualized way. In 2020, AdventureSmith Explorations is offering a diverse lineup of small-ship cruising itineraries, with a special focus on options for families and immersive experiences suitable for all ages. Whether you want to explore Alaska’s dramatic scenery, exciting wildlife or fascinating culture and history, AdventureSmith Explorations has something for you.

Located in the Riviera Pacifica area about a 90-minute drive from Panama City, The Buenaventura Golf & Beach Resort offers everything a family-friendly resort should, including swimming pools, a kids’ club and dining options for picky eaters. But, that’s not all.