You want to learn about the land you’re visiting but your kids couldn’t care less about the history of the Moroccan marketplace or the crusade in the Scottish castle. Add another museum to your day and you’ll definitely start a mutiny. There are tour companies that know this about your kids and have created programs to engage them where they are and even teach them something while they’re at it.

Explore Italy and Europe with Tapsy Tours. Little kids will love the tour’s mascot mole, Tapsy, who accompanies the group during various parts of the day and helps them solve riddles and puzzles in the scavenger hunt book they receive at the start of the tour. And bigger kids will have a great time running into characters that suddenly appear and bring history to life. As the group progresses around plazas and ancient temples, a goddess may lead your kids into the Roman Forum and share her struggles with the god, Saturn, to whom a temple there is dedicated. Or, walk into the ruins of Pompeii and learn what happened from writer Plinio il Giovane, who witnessed the eruption of Mt. Vesuvius, the terrible fate that met the doomed city. In London, kids will love tracing the trail of their favorite story-book characters like Peter Pan and Mary Poppins. Visit the parts of the city where the fairy dust flew and where “just a spoonful of sugar” helped the medicine go down. Then, pose for pictures with the disappearing trolley in Harry Potter’s Platform 9 3⁄4. 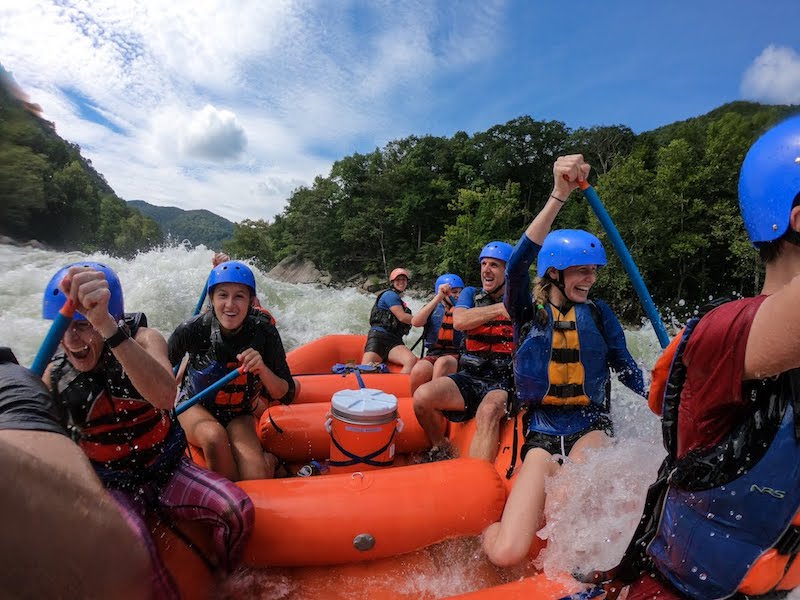 Raft Between. Photo: Adventures on the Gorge

If your older kid has a bit of a pioneering spirit, then she can race through whitewater rapids around the rim of the New River Gorge in West Virginia, learning from guides about the land and the nature around it. Adventures on the Gorge, a premium whitewater rafting resort, offers tours that include tackling 24 miles of 100 different classes of whitewater rapids, including seven that are Class V. There are overnight camping options with hot tubs and gourmet dinners prepared by celebrity Chef Mary Brent Galyean, all-day float fishing trips and treks 120-feet below ground into the cave system of the Lost World Cavern. At night, kids can howl at the moon and tell stories around a campfire in front of their deluxe cabin. 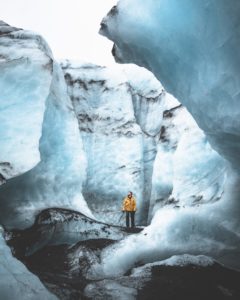 Iceland has drawn a lot of attention to its most populated city, Reykjavik, but there is much of the giant island nation that is unseen and hard for families to access. However, the guides at Hidden Iceland know where those national treasures lie and can show visitors the way. They offer plenty of age-appropriate family trips like the Golden Circle: Platinum Tour, which starts with a dip in a geothermal pool called the Secret Lagoon. Kids will love to know the steaming, clear water they’re enjoying is heated by the underground movement of enormous tectonic plates and slowly flowing magma, from which all rock is formed. They’ll also love when they stop for lunch at Fridheimar, a tomato farm that produces a ton of tomatoes every day using the heat generated by the giant hot spots. Monstrous glaciers stretch overhead, streams of water hurl into the crisp air and fissures in the rock vent steam from beneath the earth during the day’s activities. Kids explore Þingvellir National Park, the area where the Earth’s tectonic plates separate and connect North America to Eurasia below the site of the first recorded parliamentary gathering. Encounters with Icelandic horses finish this magical experience. Longer tours for families with older kids also include hikes and a night in a sheep farm, but each tour can be personally tailored for every family’s needs.

Paola De Paolis, CEO, Tapsy Tour’s parent company Top Service Tourist Services said it best, “Holidays are not just for adults or for kids, they should be for the whole family! That’s why we care about organizing city tours that can meet both adults and kids’ needs, so everybody can enjoy the experience. Together, as a family.”