Setting sail to explore the world instantly makes anyone an adventurer, right? Not if you’re stuck in a kids club playing video games or making beaded keychains. Here are the best kids clubs striving to enrich your child’s experience while cruising — all while giving you the time you need to have your own impression of the destinations.

This small-ship cruise line was started by adventurer Dan Blanchard, who rescued a tug boat with his family that they then used during summer vacations. Blanchard took his kids on kayaking trips around the world and he wants to take yours, too. The kid’s program on UnCruise Adventures gives kids a personal look into the area the ship visits. Daily skiff and kayak adventures are led by naturalists trained to identify and explain the various sea life your kids will encounter. They’ll be bushwhacking through forests and eating wild blueberries. They’ll be on the hunt for bald eagles and playing in tidepools, learning about sea life. There’s no sitting around on these award-winning cruises; everyone is exploring and discovering, including the kids.

Survey the Amazon Basin in Peru aboard the luxury small ship Delfin III. This river cruise, with 22 glass-walled suites, tours the largest collection of animals and plants living in one area in the world. Kids onboard Delfin cruise ships are invited to become scientists on a floating classroom during night safaris in search of alligators and other river wildlife. They’ll also encounter the mythical pink dolphin that lives in the freshwater of the Amazon river. Sporty kids can take on the local children in a game of soccer while adults shop the market of a local village.

The Club Mariner Program on Regent Seven Seas Cruises’ Alaska sailings includes kids-only excursions. These exclusive activities include visits to a salmon hatchery in Juneau where kids can see the efforts of conservationists to secure a healthy fish population and witness millions of salmon in various stages of growth before they are released back into the ocean. Private kid-only hikes through the Tongass National Forest will teach them about the animals that call the largest national forest home. Local natives will show children how totem poles are made in Ketchikan and they’ll get to walk through hundreds while learning about their symbolism.

There’s nothing like Disney magic to make any occasion more special. Kids of all ages have almost an entire deck to themselves, helping them create their own Disney Cruise Line adventure. They can train to become a Jedi, simulate flying over London on Peter Pan’s magic or be a superhero. Teens have their own opportunity to go off ship on private island getaways. Visits to the Caribbean’s Castaway Cay lets teens snorkel, bike and speed boat around Disney’s private island to learn about the land and culture. In Copenhagen, teens can visit the inspiration for Disneyland at one of the oldest amusement parks in the world, Tivoli Gardens. Brave teenagers can ride a zip line over Port Fredrick and Icy Strait from a launch pad that’s higher than the Empire State Building at 1,330 feet! The uniquely designed Zip Chair allows young guests to glide over the rainforest at 60 mph for an easy landing at Icy Strait Beach. 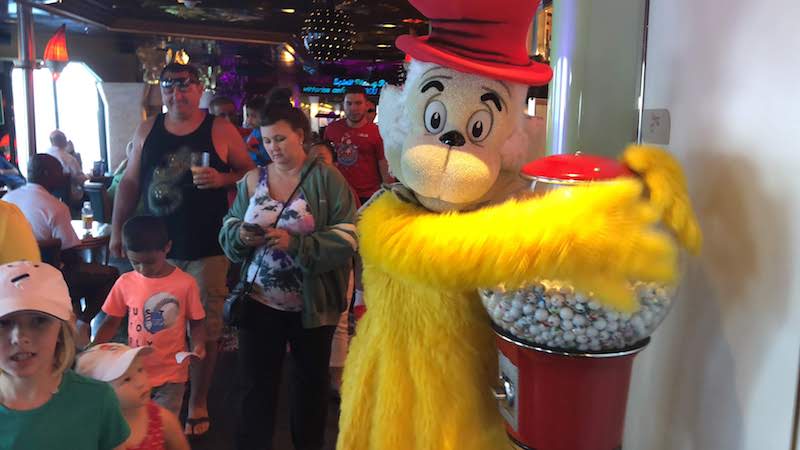 Besides being one of the most affordable cruise lines, Carnival Cruise Line offers active programs for kids ages 2–17. One of the most fun and engaging programs is the partnership with Dr. Seuss Enterprises. The Green Eggs and Ham breakfast is followed by a ship-wide character parade with the Cat in the Hat leading the way to a stage where kids can perform in an improvised story drawn from one of the Dr. Seuss storybooks.

With most school and work virtual these days, our daily routines can get a little repetitive. Switching up the daily routine as much as you can helps regain interest. Four Seasons Hotel and Resort Orlando at Disney World is offering a Schoolcation that makes virtual learning more fun for the kids, and offers a much-needed break for parents.

Hide Away in Nantucket at The Bungalow

If the winter months have you craving a snowy retreat surrounded by off-season island fun and warm fireplaces, The Bungalow at Greydon House should be on your list. An iconic stay in Nantucket, Massachusetts, The Bungalow offers a two-bedroom, three-bathroom retreat in the heart of historic downtown.

The Planet Classroom Network launched its programming schedule with 28 cultural organizations committed to global programming, organized by CMRubinWorld. Season one will include six months of learning content on YouTube for youth by youth.