Harbor seals bark under the wharf, a dog sits patiently under a picnic table, I’m standing at the rail watching a rubber-suited fisherman crank the winch and lower a crate of fresh rock cod on the dock. This is Lucas Wharf, a high ceilinged, window-walled restaurant in Bodega Bay, where I just lunched, inside, on a mini crab cake dish. (As always, where there’s a culinary specialty that I like, including Dungeness Crabs, I order it in every restaurant.)

After four nights in Santa Rosa, I was exploring the town before an overnight at Bodega Bay Lodge. From the Charles M. Schulz-Sonoma County Airport, most of the 25-mile route heads west on Route 12 (a.k.a Bodega Highway) through Sebastapol, a small town best known for its highly respected Gravenstein apples. According to botanist Luther Burbank — who rode his bike the seven miles between his Santa Rosa home and his Sebastapol farm, daily — “if the Gravenstein could be had throughout the year, no other apple need be grown.” 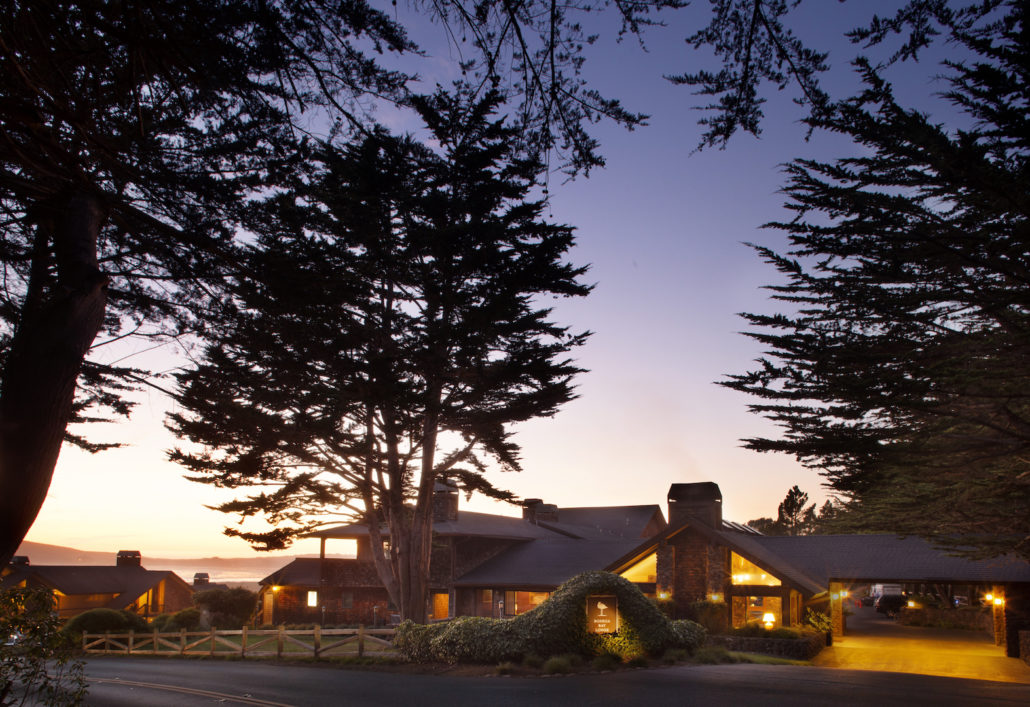 The road turns decidedly rural past his former farm (and the only gas station en route). The verdant hillsides were amazingly lush from recent rains and formed the backdrop for a nursery, a dairy farm, a fishing pond and orchards. (Though I noticed none as I was driving, some orchards are now planted with vines; in fact, the Sonoma Coast AVA encompasses 500,000 coastal acres.)

The first sign of activity was at a teeny intersection with an antique store, boutique and café in a town named Bodega where I asked directions to a gas station (they rented me a car with a quarter of a tank!) and was told, “A right at the stop sign, five miles along the shore in Bodega Bay.”

It was less than an hour’s drive from Santa Rosa, yet the bay-front fishing village was another world, an authentic, teeny, coastal destination, with a yacht club, a golf club, a marina, a couple of little fishing wharves, a wine tasting studio, some B&Bs and house rentals, but no high-rises. (The California Coastal Commission is strict about building permits.)

After a tasting at Sonoma Coast Winery, which views the marshlands, bay and ocean, I checked into Bodega Bay Lodge. The 83-room, mostly two-story, redwood-shingled complex was discretely built in 1965, hidden behind tall, Monterey cypress trees. 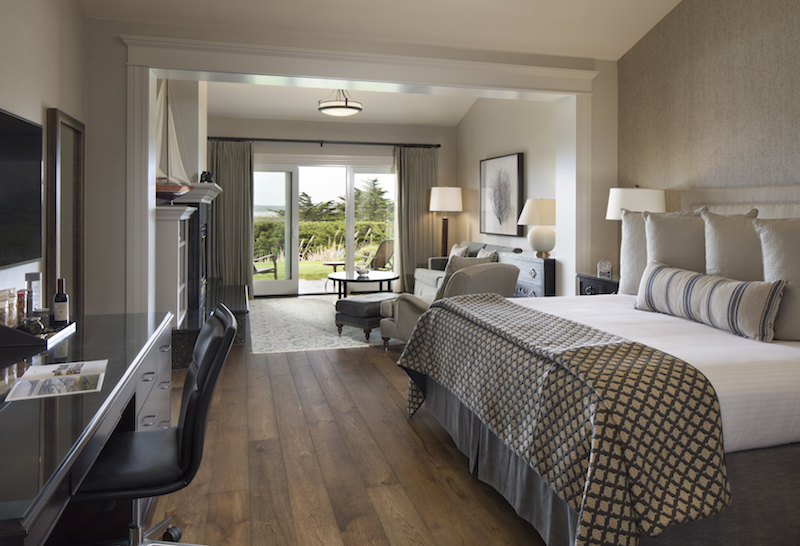 From the balcony, my newly decorated Pacific Coast Upper room overlooked more than the marshlands, bay and ocean — it viewed the pool complex and hot tub below. (Five, ground-level Ocean Club Suites have vaulted ceilings, whirlpool tubs and private patios closer to the bird sanctuary.) Once parked and settled (a staff member carried my luggage up the stairs, taught me how to open the balcony door, start the wood-burning fire and use the TV and coffee pot), I skipped the complimentary wine and cheese hour for a pre-dinner soak. The pool house incorporates a spa lounge and two treatment rooms, each with sauna and shower. (The menu, with a Cabernet Grape Seed scrub, a Warm Shell Massage and a Mom-To-Be Massage, was appealing.) 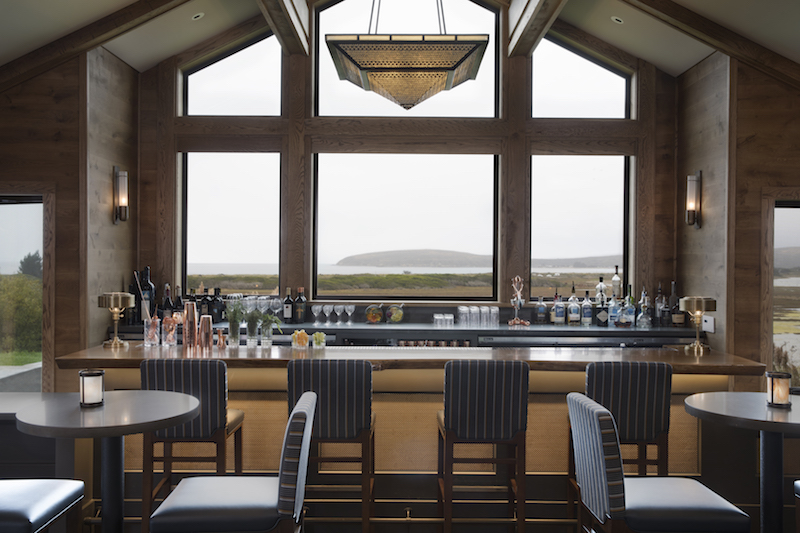 Chef Brendalee Vialpando reigns over a serious, but not at all formal, locally sourced, farm-to-table menu, where kids are comfortable. I entered Drakes Sonoma Coast Restaurant with its vaulted ceiling and high windows through a terrace with fire pits to Drakes Fireside Lounge, instead of through the front door. Inside, I was served warm focaccia with olive oil and butter. Here, the crab cake was sophisticated; it arrived atop a pepper aioli, was topped with microgreens and served with a tomato-ginger chutney. The duck breast was pink, with multicolored roasted carrots and a homemade jam. And I sipped a Dutton Estates chardonnay. 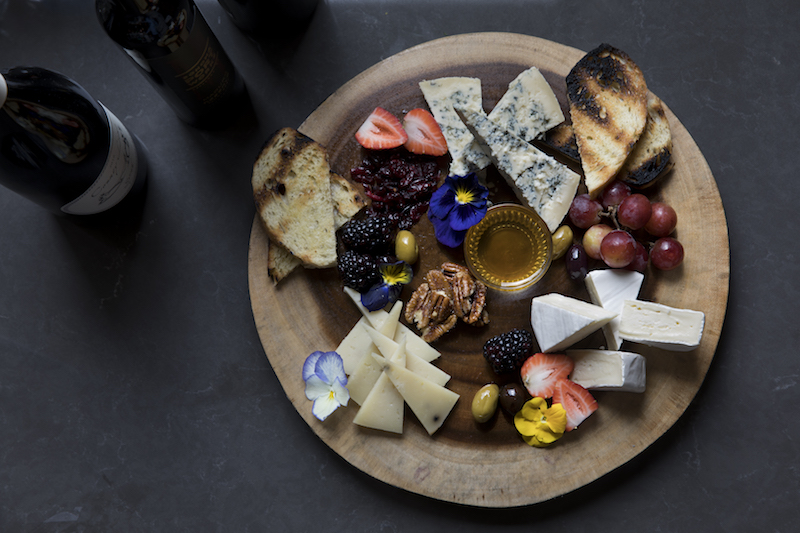 Families will also appreciate the more casual, grab-and-go (to a picnic table), eateries in town: Fishetarian, The Tides Inn and Spud Point Crab Company, a bit north on Shore Road, near whale watching at Bodega Head. The lodge is ideally located 1,000 feet from a 10-plus minute walk along a trail down to the two-mile beach at Doran Regional Park. This is a protected, safe, kid-and dog-friendly beach. (Surfers head north to Salmon Creek, on the ocean.) Reception provides complimentary parking passes for those who take a car and complimentary bikes for those willing to push them back up the hill.

Bodega Bay Lodge is a find, well worth an add from Napa, Sonoma and San Francisco. 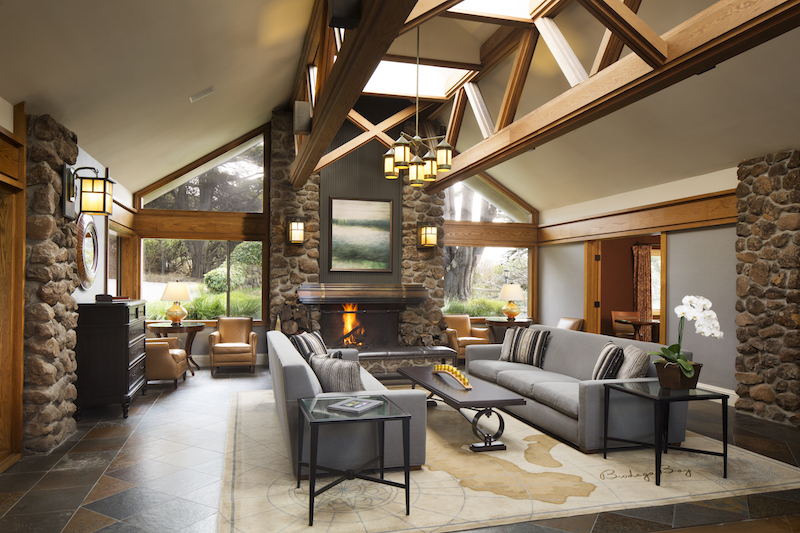 Off the Map Travel’s Glamping in Sweden