Get Up Close with Viking History in Stockholm

I remember the first time I stood in front of an actual Viking ship. It was in Stockholm, Sweden, and I was thrust immediately into a Game of Thrones-worthy fantasy that involved an awesome dress and a silver dagger with spells intricately carved into the hilt. But enough about me. Plan your own expedition and indulge in your own fantasies at these locations:

The entire fascinating Vasa Museum developed around a Viking war ship that sank on its maiden sailing into the cold Stockholm waters in 1628. The Vasa wasn’t recovered for 333 years, and — thanks to that long, icy bath — today is regarded as the best-preserved 17th-century ship on display anywhere. Visitors can see the ship from multiple angles thanks to the display arranged on multiple floors. The exhibition even includes eyewitness accounts of the ship’s demise. Out back, there’s a replica 1600s garden with medicinal herbs, blooming plants and foods from the Vasa time period. 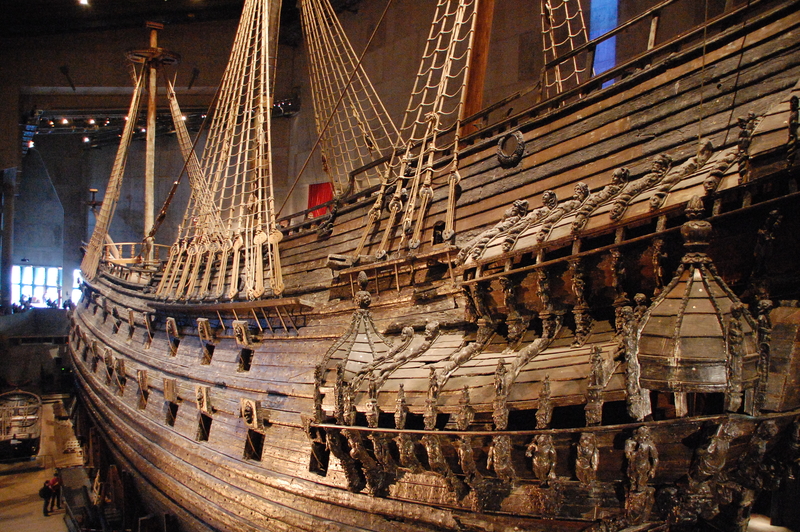 One of Sweden’s largest museums, the Swedish History Museum is preparing to unveil its new Viking exhibition in spring of 2020. Sections of the museum’s permanent collection include “The Vikings — Who Were They?,” and “The Mythological World of the Vikings,” which explores the “world tree” known as the Yggdrasil, an essential component to the Viking explanation of the world and its origins. The new exhibit incorporates artifacts and the latest in archaeological discoveries and research, and an engrossing exploration of Viking communities.

The Viking Museum, or Vikingaliv, is a great family day out. A variety of exhibitions incorporate film, sound effects and projections to tell the Viking story, from family life to battles. To make it extra fun, museum guides are dressed in replica Viking gear, making their tales of Viking raids, Norse mythology and sea craft even more interesting. There’s even an interactive ride called Ragnfrid’s Saga that takes visitors through history via the world of a fictional Viking-era couple.

For another great family outing, head to The Viking City of Birka, located on the city island of Björkö in Lake Mälaren. Comprised of the unique living history Birka Museum, the island is believed to be the location of Sweden’s first actual town, and the address where merchants from all over Europe came to trade. Boats deliver tour groups to the island’s shore, where guided tours in multiple languages (including English) are available. The Viking Village is filled with reconstructed houses and shops typical of the Viking period, based on archaeological excavations uncovered at this site.