Gurney’s Star Island Resort & Marina was founded in 1929, during the era when Carl Fisher was developing Montauk for the elite. The 35-acre, lakefront resort was known as the Montauk Yacht Club Resort & Marina until Gurney’s purchased it in 2018.

I first sailed into that marina from Newport, Rhode Island, in late June 1976. My late husband, an avid racing sailor was captain and I crewed, along with our three daughters and their friend.  As thrilling as it was to sail up close to the historic tall ships as we all exited Newport Harbor together, (they were en route to Manhattan for the July 4th bicentennial celebration there; we were headed to our South Shore, Long Island, home), it was also a treat to dock at the most luxe marina I had ever seen. 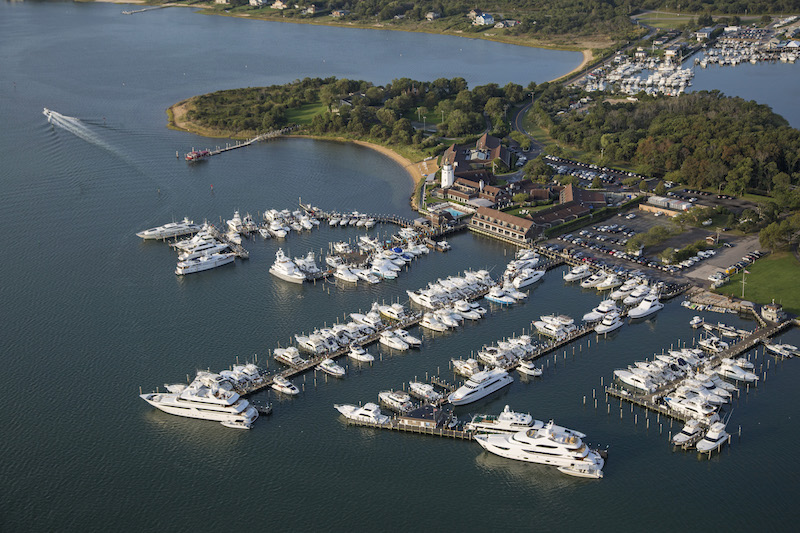 In 1997, Bob and I overnighted at the Montauk Yacht Club as research for my first travel book, in and around New York (Hunter, 1997). It was off-season, a chilly fall day and I remember the fire in the great room and even the striped sweater I was wearing. We arrived early enough for clam chowder and lobster roll lunch, drank at the octagonal-shaped bar at the base of the lighthouse, (window walls and a new décor makes it much lighter and more contemporary, now), swam in the oval-shaped indoor pool, had dinner and room service brunch before leaving.

So, my memories of this Gurney’s — as with the ocean resort — span multiple visits — sometimes for a drink or a meal or a sail or a spa appointment and swim — for more than 40 years. So what I say is with conviction: It is finally the luxe destination resort Carl Fisher originally envisioned.

Gurney’s has invested in upgrading, renovating and repurposing the public spaces. A case in point is the new, high-ceilinged, shiplap-walled reception building and lobby, which separates arrivals and departures from guests going to the restaurant, event space and the original and lighter and more airy bar at the base of the iconic 60-foot replica of the Montauk Lighthouse. Showfish restaurant is stunning, with curved white banquettes facing glass doors to a dining terrace overlooking the pool and marina. To enlarge an event space adjacent to what was once the rarely-used but soaring-roofed great room, 20-foot sliding glass walls bring the outside in. Everything — including corridors — is lighter, brighter and more inviting, including walls that repurpose cedar panel siding from the Original Gurneys and chandeliers made of repurposed cardboard. 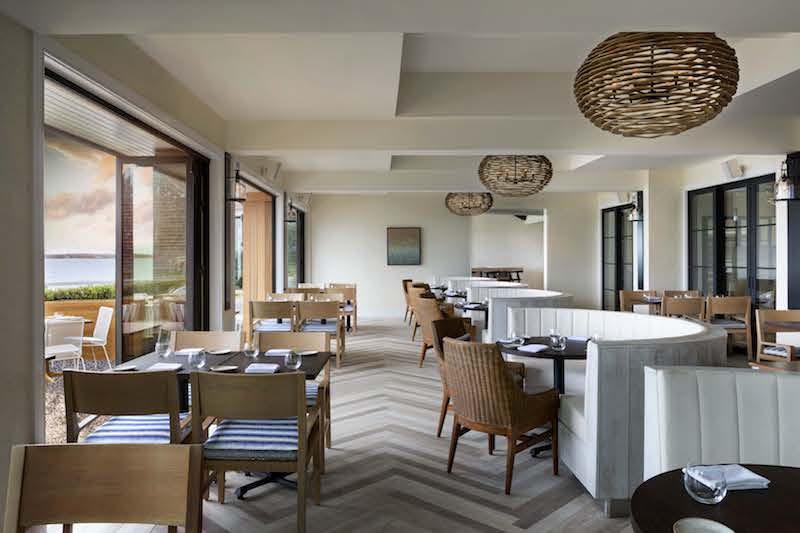 Of note is the sleek and contemporary décor of the 107 guestrooms and green-roofed villa suites; bits of blue and nice nautical touches, including boat-like rope connecting the headboard to the ceiling and ship-like lighting add interest. For families, guestrooms with one king-sized bed connect to one with two doubles; ground-floor rooms with private terraces are just footsteps from a sandy beach at calm Lake Montauk, and with views of the marina. And, there’s an indoor fitness center, both indoor and outdoor pools and a small spa. 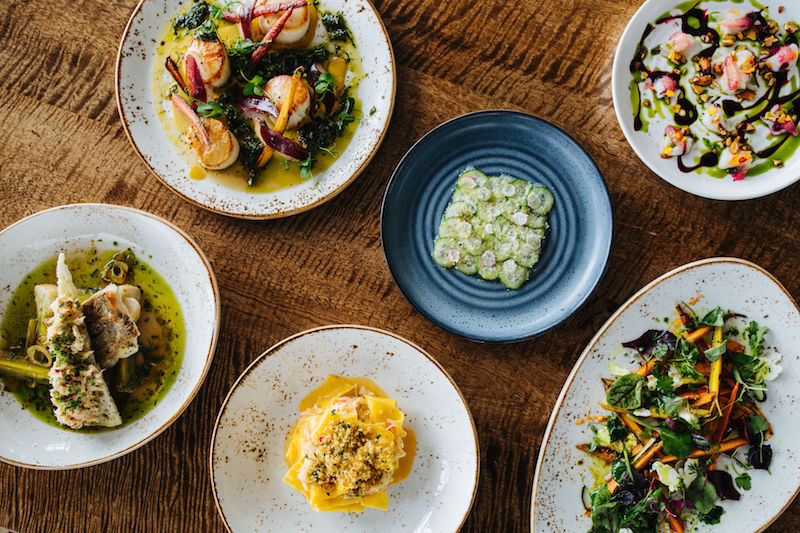 At breakfast, I saw a little one clutching his arrival gift, a toy stuffed whale. (Kids also receive beach pails and shovels.) Summer at Star Island features a seven-day Kids Camp, which has partnered with Cornell to create an interactive educational marine program. Resort activities feature paddleboarding and kayaks, the mini sandy beach, games, a volleyball net and movies and a sunset cruise. Five-year-olds can participate in water sports and tweens can go to the spa at 13. Even if guests arrive by car, they don’t need one. Gurney’s provides a complimentary shuttle to its ocean resort with its restaurants, beach club and Seawater Spa, to nearby Gosman’s dock and to the Long Island Rail Road station and jitney stop to Manhattan.

Family travelers, head to Bloomington, Indiana, this summer for under-the-radar activities and events.