Courtesy of The Merrion and Ovolo Hotels

Just because the rest of the world hasn’t caught up to your ethical or health-conscious eating style doesn’t mean YOU need to sacrifice one of the best parts of a trip: food! There are plenty of chefs around the world that travel on your mindful wavelength. Here’s a tasty sample:

When the Brits dropped off their bad boys in an Australian penal colony, they left behind cultural imprints. The tradition of having High Tea, an afternoon meal served between 3 p.m and 4 p.m., was initially created for the working man who didn’t have time to sit. Thus, because he was standing or propped against a high chair, High Tea was born. If you’re visiting Australia, head to Alibi, located inside the Ovolo Woolloomooloo Hotel, where, on weekends, guests can enjoy a vegan version of High Tea. High Tea at the Alibi is served weekends 12–4 p.m. on a tiered cake stand. Dishes include berry cheesecake, forest mushrooms on toast, lemon meringue tarts and baby quiches — all paired with cocktails like Earl Grey Sour, Kaffir Lime Mule and a classic Bellini with fruit options. Or, you can also have tea. The opening of Alibi by Matthew Kenney, often referred to as “the world’s leading plant-based chef,” marks the fifth continent savoring his culinary creations. If you’re heading to Ireland, the Merrion Hotel in Dublin also presents a vegan High Tea.

Once known for its Canadian bacon, Toronto’s new neighbors in the Parkdale section of the city opened Vegandale, an entire block with businesses who prefer their crispy food to have been sourced from the earth. A pub, restaurants, shoe stores and ice-cream shops all peacefully coexist, sharing a mutual love for animals and sourcing their lifestyle from the planet. Even newly converted omnivores will be impressed with the Big Mac-like burger from Doomies or they can nibble on “chicken” fingers, a pulled “pork” sandwich or a Philly cheese“steak.” Then, stroll on over to Not Your Mother, a retro, ‘70s, vegan ice-cream shop. After, you can try on some shoes at The Imperative or a number of other non-animal based clothing.

When one thinks of Omaha, Nebraska, one may envision cows grazing wavy pastures or thick steaks dripping with meaty juice but that picture in our head is probably not of a plant-based burger. Modern Love wants to change all that. The restaurant wants your buffalo wings to come from a vine or your cheeseburger to originate from lentils. The first vegan restaurant to open in Omaha, Modern Love is the diversity that is reflected in the city’s eclectic economic scene and wants to offer eaters more options. Chef Isa Chandra Moskowitz, a renowned vegan chef, offers guests vegan comfort food served in her unique, swanky style. After, you can grab a fair trade coffee from Amateur, a vegan coffee shop.

What’s Mexico without the queso, without the enchiladas filled with beef and smothered in cheese? How will your kids survive without lard-cooked bean and cheese burritos? BIO, a vegan/vegetarian restaurant set in a cave, will help make you feel part of the land and you’ll still get to feel like you’re taking care of it while you chow down on your cashew cheese enchilada and munch on your chips and guac. BIO is one of 11 restaurants offered in Mexico’s all-inclusive Hotel Xcaret Mexico. After, you can learn about the people that lived in the land with one of the included cenote or pyramid tours or watch trees fly by at the adventure parks.

Dubai may not be the first place you picture when you think Italian food but Dubai can be anything it wants to be. Hotels like Atlantis, The Palm seem like its resources are unlimited to create any type of reality they want to present. Like hiring a celebrity, Michelin-starred chef to bring Dubai his version of the northern Italian village of Corgeno where he grew up. No problem. Chef Giorgio Locatelli’s Italian restaurant, Ronda Locatelli presents more than 40 unique vegan Italian dishes. The latest additions include arancini, asparagi grigliati, fave fresche e salmoriglio, liguria pizza with vegan mozzarella and a vegan lasagna. It may not be Italy but your mouth will never know. 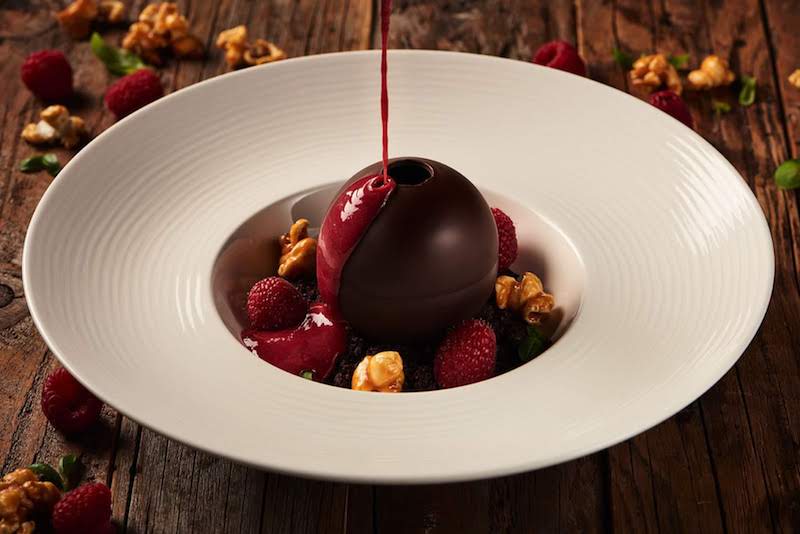 It’s time to start dreaming of your next family trip. Here’s some destination inspiration for you. Take a visual journey through Minneapolis, Minnesota, with us.