Mickey Mouse may be the star of the show, but Disney’s Hollywood Studios is opening his first ride-through attraction, March 4. Mickey & Minnie’s Runaway Railway will feature a new cartoon short that takes guests inside a Mickey cartoon.

Meanwhile, Epcot will introduce several new shows in 2020. Guests can already experience Canada Far and Wide in Circle-Vision 360 and the Beauty and the Beast Sing-Along, and in summer, the France pavilion will welcome a new attraction, Remy’s Ratatouille Adventure, where guests will race through Gusteau’s restaurant on a wild adventure.

A new restaurant is also coming to the France pavilion: La Creperie de Paris, with table- and quick-service options, featuring a menu from Chef Jerome Bocuse.

Also at Epcot, the largest nighttime spectacular ever created for a Disney park, “HarmonioUS” will celebrate the music of Disney this year.

Scheduled to open this spring, Ice Breaker is SeaWorld Orlando’s first launch coaster. The coaster will feature four launches, both backward and forward, culminating in a reverse launch. 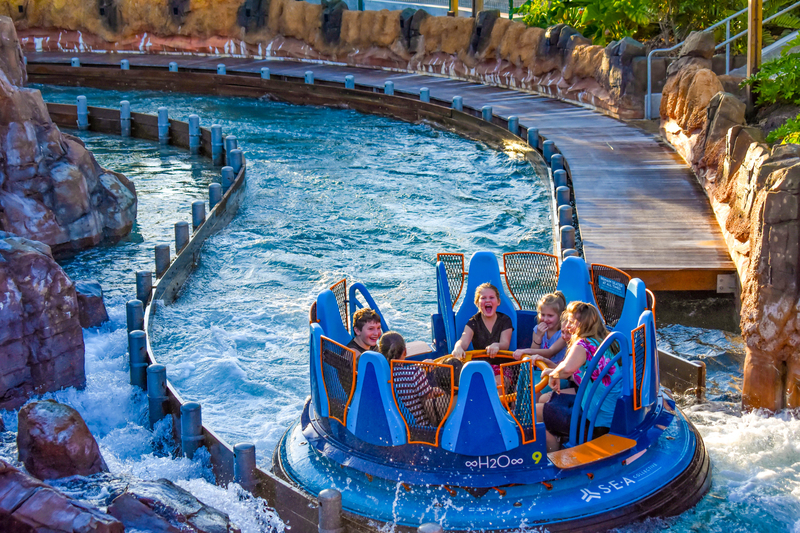 Also this spring, a new live-action stunt show will open at Universal Studios Florida. “The Bourne Stuntacular” will follow Jason Bourne across three continents during an epic chase.

Proclaiming 2020 the Year of the Pirate, LEGOLAND Florida Resort is holding PirateFest Weekends on select weekends in April and May, during which guests will learn to be pirates and meet exclusive pirate characters. Also opening in April, the Pirate Water Ski Show Adventure will feature skiing acrobatics and water stunts.

Love archery? Revolution Off Road is introducing Archery Tag, a game of dodge ball with modified bows and arrows, where teams compete to steal arrows.

Pamper Mom for Mother’s Day at The Rose Hotel

The Rose Hotel Chicago O’Hare, a Tapestry Collection by Hilton, and its first-floor bar and restaurant Thorn Restaurant & Lounge, are celebrating moms this year with an exclusive Mother’s Day High Tea May 9. Available at 11 a.m. and 2 p.m., the tea is $60 a person or $30 for children 12 and under. The price includes complimentary parking, live music from Dina Bach and a curated menu.

The Hamilton Hotel, located steps away from the White House, was the perfect place for a relaxing weekend getaway. Upon arrival, the staff was extremely friendly and helpful with a quick check-in process. The lobby was immaculate with shining marble flooring, velvet couches and an arched ceiling design that brought a sense of sophistication. For added security, the elevators are only accessible to those who have a key card to a guestroom.

The Broadmoor Manitou and Pikes Peak Cog Railway will be back and better than ever in May 2021. The iconic Pikes Peak Cog Railway, one of only two cog railways in the United States, and its view from the summit is where “America the Beautiful” was penned. Experience this with your family when it reopens.