4 Dark Sky Parks in the Southwest

Most families — 80 percent of the world’s population, according to a 2016 study — live under night skies obscured by light pollution. They have to leave the city to see the Milky Way or hunt for constellations.

Luckily, several national parks, especially in the less populated areas of the Southwest, are designated International Dark Sky Parks, which not only have dark skies but also astronomy programs designed to introduce urban dwellers to celestial wonders.

One of the seven natural wonders of the world, Grand Canyon National Park doesn’t lose any of its grandeur when the sun goes down. At night, visitors can see countless stars in the Arizona sky with their naked eye as well as double stars, star clusters, nebulae, distant galaxies and planets with a telescope.

Man has been watching the sky in Chaco Culture National Historical Park (as it’s known today) for thousands of years. Experience what the ancestral Puebloans did when the ruins of their buildings align with the sunrise during the solstices and equinoxes, or come after dark to see New Mexico’s celestial wonders.

Nighttime observations take place every clear Friday and Saturday, April–October, at the Chaco Observatory. In September, the park hosts its annual Astronomy Festival, where families can hear guest speakers, attend programs at several of the ruins and view the sun through solar telescopes in addition to the regular astronomy program activities. 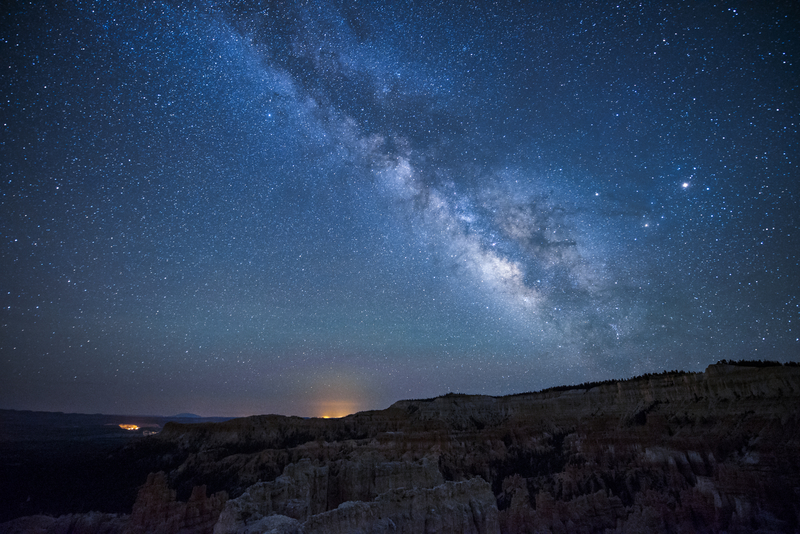 In Utah, Bryce Canyon National Park sets up telescopes at the Visitor Center at 10 p.m. every night, Thursday–Saturday, Memorial Day–Labor Day, and on some Saturday nights the rest of the year.

The real draw for astronomy lovers, though, is the annual Bryce Canyon Astronomy Festival. Scheduled June 17–20, the festival includes model rocket building and launching, junior ranger astronomy programs, solar scope viewings and star gazing. There are also several talks, including one with a NASA astrophysicist.

Boasting the darkest sky of any national park in the lower 48 states, Big Bend National Park in western Texas holds organized stargazing programs throughout the year. Activities include night hikes, sky talks and telescope viewing. When nothing is scheduled, you can see more than 2,500 stars with your naked eye and even more with your own telescope or binoculars.

The Planet Classroom Network launched its programming schedule with 28 cultural organizations committed to global programming, organized by CMRubinWorld. Season one will include six months of learning content on YouTube for youth by youth.

Bringing the family to a museum is a great way to spend the day. However, with pricey admissions, some museums might be out of your budget. Thankfully, there are plenty of free museums throughout the country, perfect for a cultural experience without breaking the bank.

What to Expect from Your Family Ski Vacation this Year

Our world changed in so many ways, it’s not surprising the ski experience will be different, too. As resorts — and entire states — grapple with the challenges of keeping guests and staff safe, a variety of plans emerge. Here are a few things families can expect.

A Safe and Fun Snow Day

On the heels of the next big snowstorm, instead of running to the store for milk and bread, have these items stocked to have the best snow day yet.