A Santa Barbara Family Landmark Looks to the Future

Fess Parker was more than just an idol for the first generation of kids raised on television. He loomed larger than life in the lead role of the 1955 Walt Disney-produced television mini-series Davey Crockett: King of the Wild Frontier, and almost a decade later, as Daniel Boone, which he produced and directed for six seasons. Though he retired from acting at age 49, he channeled his creative energy and folksy Texas persona into his respected winery and, in 1986, as co-developer of a resort that bore his name for nearly 30 years.

Like many of the roles Parker played on television and motion pictures, the original Fess Parker Resort embodied a kind of Americana with a multigenerational appeal, down to its Roundhouse, a reimagining of a Southern Pacific Railway station that served the area. During its run, the resort co-branded with Hilton Hotels’ Doubletree chain and served families well, thanks to its across-the-street beach access and proximity to local attractions. 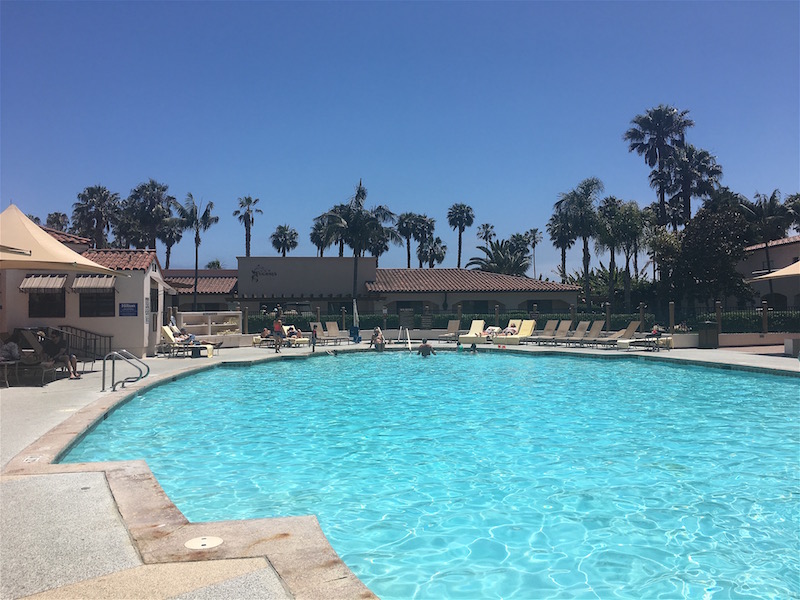 As times and family travel tastes changed, Hilton corporate felt a remodel was in order, but done in a way that would make Parker proud. The public areas are the most striking aspect of the $16 million renovation, and probably would make the hotel’s former namesake proud. The clean-lined furniture and soothing ocean-inspired carpeting and upholstery flow into a Fess Parker signature tasting room outfitted with the winery’s best bottles, brasserie bites and wine dispensing technology.

Memories of family fun Fess Parker brought to his adopted hometown in past decades live on in photographs and other memorabilia in the hotel’s public areas. The breakfast buffet in the remodeled Roundhouse also has an old-fashioned feel, even with of-the-moment community dining tables and more “global” and healthy offerings than 30 years ago (including a juicy and flavorful yogurt parfait and some creative egg dishes). The outdoor pool (said to be the largest in the region), shuffleboard and sports courts (putting green, basketball and lighted tennis courts) are nicely maintained, but if the group votes to hit the beach across the way, recreational items are readily available at no charge for hotel guests. 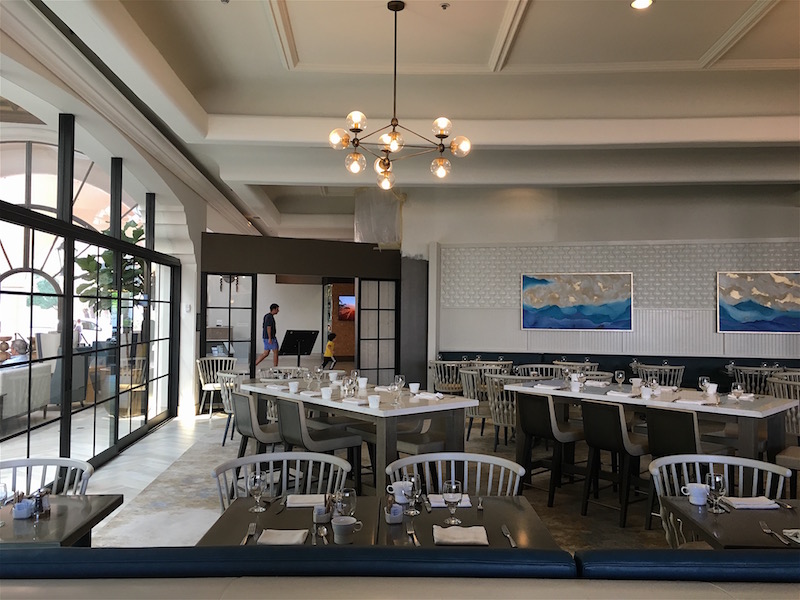 The various rooms and suites are decorated in true Hilton fashion — simple, but rendered with good-quality materials and adapted to the local aesthetic. And in Santa Barbara, that means muted colors, comfy beds and plenty of storage space for visitors staying and relaxing for a few days. The lack of ostentation and clean look nicely frames windows and sliding doors with private balcony/patio areas facing the beaches, mountains or garden views. Home-y touches include a large HDTV, cozy seating area and a bathroom with dual vanities. King rooms include a sofa bed, while suites feature a separate living area. 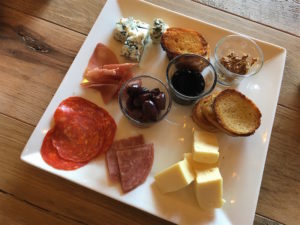 Though romantic restaurants and the trendy Funk Zone and its winery tasting rooms are a short walk from the hotel, parents needing or wanting to stay on property can still enjoy a thoroughly Santa Barbara kind of experience. In addition to the Fess Parker wine room, there is also Rodney’s Grill, with its California-centric menu, and The Set’s casual bistro-style fare, outdoor fire pits and ocean views.

By day, bike rentals can be secured on property, a wonderful convenience, especially as the hotel itself appears to be at the exact midway point of the city’s waterfront bike trails. It’s a short ride to Stearns Wharf and its amusement park midway and lineup of old-school fish restaurants. It’s also easy to scoot out to the center of town where the group can head to the bottom of State Street to pedal out to the city’s funky and eclectic shops or outdoor mall, Paseo Nuevo. Heartier riders can even pedal to the Santa Barbara Mission via Garden or Olive streets to enjoy the gardens and the architecture without the stress of parking or auto traffic.

Another brand-new must-do destination for families visiting Santa Barbara is the MOXI/Wolf Museum of Exploration and Innovation, opened in 2017 and conveniently located near the bottom of State Street minutes from the Hilton on foot or bike. The unusual, hands-on museum combines various activities and exhibits covering science, technology and visual arts. The Barry Berkus-designed building is also the first museum in Santa Barbara County to be LEED Gold certified.