A Warm Welcome to a Special “Neighborhood”

Unlike other children’s television shows through the ages, Mister Roger’s Neighborhood stands the test of time. Creator Fred Rogers saw to it there were real-life lessons and values waiting for his young television “visitors” inside his television abode as well as the “Land of Make Believe,” populated by cuddly and astute puppets. While Tom Hanks’ uncanny portrayal of the beloved host in the current motion picture A Beautiful Day in the Neighborhood has Oscar buzz and propels Rogers’ legacy forward, the Renaissance Pittsburgh Hotel has done its part with a family package of educational and enlightening “neighborhood” spots and activities that would do him proud.

The two-night package traces the life of Fred Rogers, who grew up in Latrobe, Pennsylvania, and later called Pittsburgh’s Squirrel Hill neighborhood home outside the WQED studios where the series was filmed. Some of the proceeds from the package will help finance the preservation of the original Mister Rogers’ Neighborhood set at the Senator John Heinz History Center. This ensures future generations will be able to experience Rogers’ visionary approach to learning while parents and grandparents can wax nostalgic on how Officer Clemons, Mr. McFeeley, Lady Aberlin and his other neighbors taught viewers to navigate a variety of challenging issues. 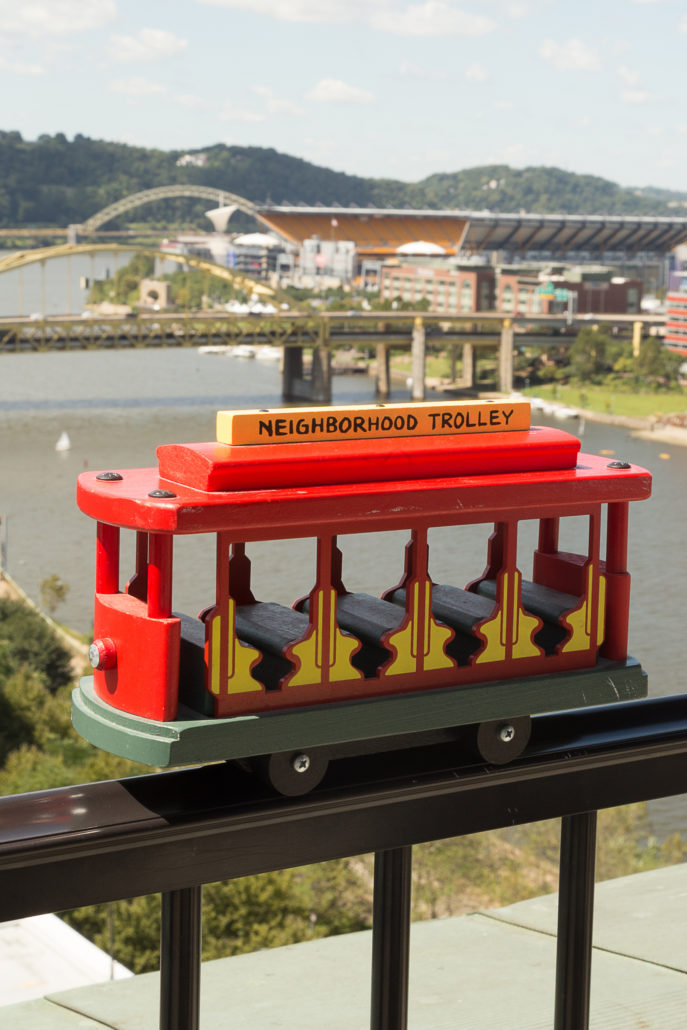 Guests receive a welcome gift, getting everybody into the neighborhood spirit, including a Mister Rogers-style cardigan and a copy of the Life’s Journeys According to Mister Rogers book the family can enjoy together. The package contains all the essentials needed to navigate the neighborhood, including two adult tickets to the Heinz History Center to explore the “Mister Rogers’ Neighborhood” exhibit and a self-guided tour of Pittsburgh’s Fred Rogers landmarks, which include the interactive Children’s Museum of Pittsburgh (with its “Fred Rogers Memories” exhibit and MuseumLab’s drop-off arts and crafts classes for older kids), the Pennsylvania Trolley Museum and a Mister Rogers statue and parklet paying tribute to generations of kids who followed his lead. Additional perks include discounted valet parking and a daily breakfast credit of $35 toward Braddock’s Rebellion restaurant.

The hotel, built inside the historic Fulton Building, is located in the heart of the city’s Cultural District and walking distance from numerous theaters, concert halls, the Andy Warhol Museum, the Carnegie Museum of Art, Carnegie Science Center and Station Square.

Another point of interest past and present fans of Fred Rogers should take note of is the trendy Ace Hotel, once a YMCA with the pool where he would swim daily for most of his adult life. If you are traveling by car, a short drive gets the family to the Pittsburgh Zoo and Aquarium, the Frick Estate and the National Aviary.

So, with all of that, “let’s make the most of this beautiful day” spent in Pittsburgh.

This holiday season, South Padre Island invites travelers to celebrate the season with its Lights Over South Padre. Whether you are a local, visiting from out of town or just passing through, you won’t want to miss these holiday festivities. From dazzling light shows to festive parades on land and water, the destination is pulling out all the stops.