Best Halloween Haunts for the Family

It’s the time of year that the creak of a door sounds sharper in the silence, that the footsteps in the hall seem foreign and the voices talking in the next room sound unfamiliar. This is the season we fear and celebrate the dead and they seem to know it. Here are the places that do both right:

No need to schlepp all the way to Brazil to celebrate Carnaval when you can do it in West Hollywood. The biggest, most creative Halloween block party with DJs, bands and libations all along Santa Monica Boulevard between Doheny and La Cienega is celebrated every Oct. 31. Legions of undead creators adorn themselves in elaborate and sometimes shocking costumes. You might want to leave the littles at home for this one, but your teens will have a blast capturing those Insta moments to wow their friends.

If you happen to be in Cambria, California, or one of its neighboring towns, San Simeon or Moonstone Beach, don’t jump out of your skin if you happen to come across the Genie from Aladdin perched in a bush beside your car or E.T. with a silent plea to go home. For 11 years, the artistic community along the central coast of California peppered their streets with scarecrows. More than 400 will be on display around the towns and quirky events are planned around the Scarecrow Festival throughout October.

Considered by many to be the world’s most haunted ship, start off your night with a walk through one of the infamous haunted mazes set up in front of the Queen Mary in Long Beach, California. Not for the faint of heart, your stroll will take you to the other side but make sure to hang tight to this one as apparitions try to pry you away. Another option is a show of illusions. You can also take a boat tour to meet some of the bygone guests and sailors who still sail even though the ship’s been docked for 52 years. Stay the night in the most haunted room on the boat, Stateroom B340, where lights are reported to flick on and off, faucets suddenly spout water and nocturnal visitors try to come inside. Tell all your friends of the horrors, if you live to speak of it. This runs through Nov. 2. 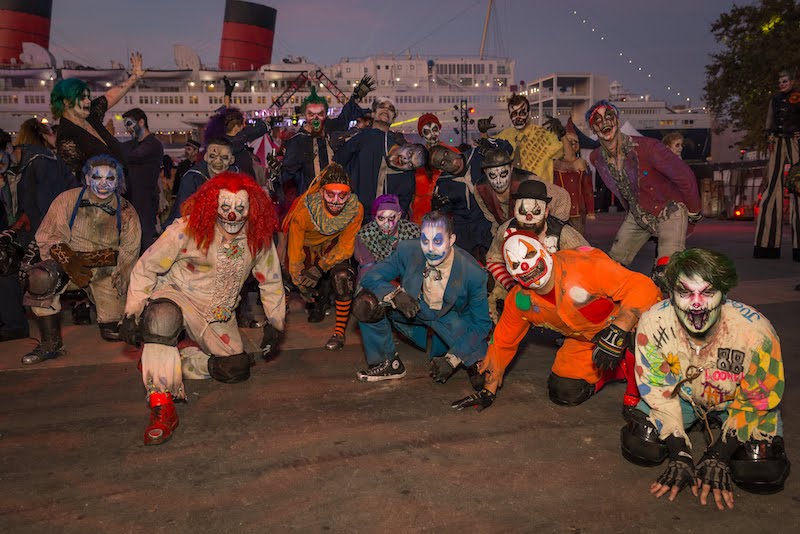 It’s the site of California’s first masquerade ball that celebrated farming innovations involving the steam engine. This year, the winery is getting down and recreating yesteryear in its Champagne Cellar with a SteamPunk-themed costume party with drinks and dancing aplenty on Oct. 26.

In a corner of Downtown Los Angeles is a spirited little enclave called Haunted Little Tokyo. Haunted Little Tokyo will celebrate the entire month of October with creepy events like a pumpkin patch that comes with volunteer artists to help you get the most spook out of your bulbous squash. Other nights, watch hair-raising Japanese horror flicks with catered refreshments. A giant block-party is the centerpiece Oct. 26 where costumed kids scare the treats from you while adults get to partake in beer gardens and other family-friendly fun.

The lights of 10,000 carved pumpkins will greet visitors who dare enter Silver Dollar City in Branson, Missouri, through Oct. 26. A three-story pumpkin will welcome them into the ghoulish world of the harvest season. It’s one of the largest carved pumpkin displays in the county. Plus, the entire park will be vibrating from Silver Dollar City’s scary roller coasters.

Xcaret: Festival of Life and Death

A little farther south, Mexico doesn’t fear its dead, instead they welcome them back on Nov. 2 when their spirits are allowed to return to the living for one day to celebrate their lives. For the 14th year, Xcaret brings together the country’s finest dancers, musicians and craftspeople to usher in the departed souls and help visitors celebrate through parades, music, food, face-painting and margaritas. The festival runs Oct. 30–Nov. 2. 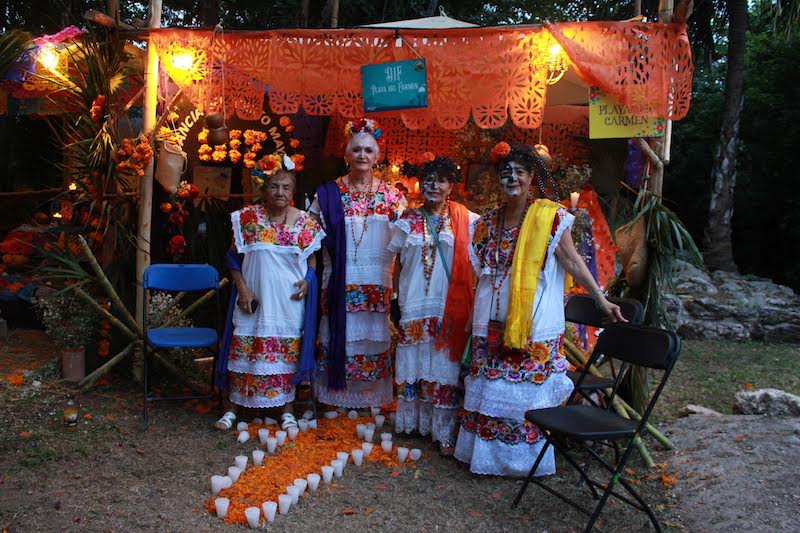 Run for your life as the Headless Horseman tries to take it from you during a haunted hayride in Conner Prairie, Indiana! Try to get away in the corn maze or lose him in the dancing crowd that’s sure to take your breath away. This happens for most of October.

Take a stroll through the center of Baltimore, Maryland, and hear about all the strange happenings that residents learned to live with — hotel guests who never checked out and the spirited crew who never seems to age. Tours run every Saturday in October.

Start your night with a walk along the notorious Charleston Harbor in North Carolina with tales of its dark past during HarbourView Inn’s Harbour and Hauntings package. The stories will lead your family to a Revolution-era dungeon where you might meet some past residents. If you can stomach it, dinner will be served in a 1940s-era naval building. The evening ends as you sail off on the Schooner Pride, hoping against hope not to run into any merciless pirates. 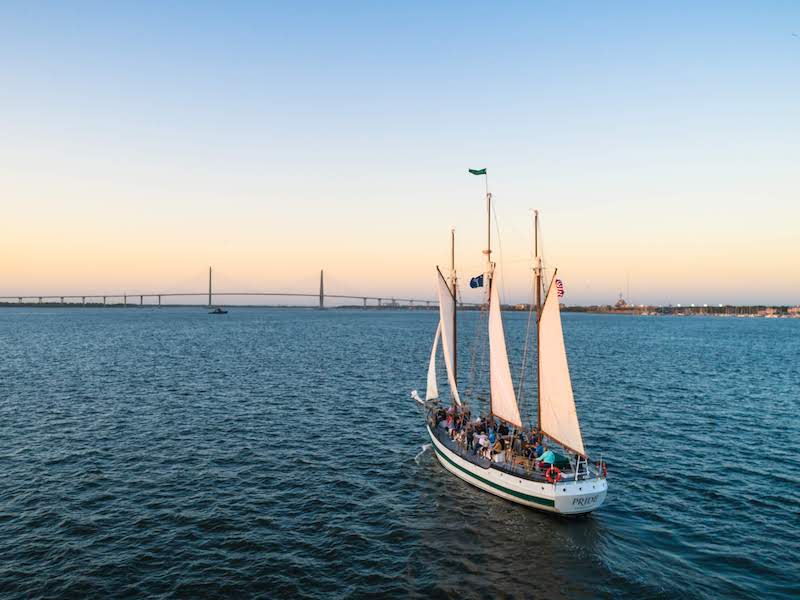 Walk, or better yet, ride along the streets of Beaufort, North Carolina, to hear about the ghosts that haunted the city for centuries. It’s said one of the oldest ghosts in America lives in “The Castle” in downtown Beaufort. Catch your ride through Oct. 30.

Explore the death and destruction throughout New York’s Haunted History Trail. Along the route is Belhurst Castle, where the ghost of a once-famous opera singer, named Isabella, still sings her solos. More than 90 skin-crawling sites will stand the hair on the back of your neck to attention as you explore hotels, restaurants, cemeteries and hellacious highways. Brave families can check into Fainting Goat Island and share a room with those who never checked out. 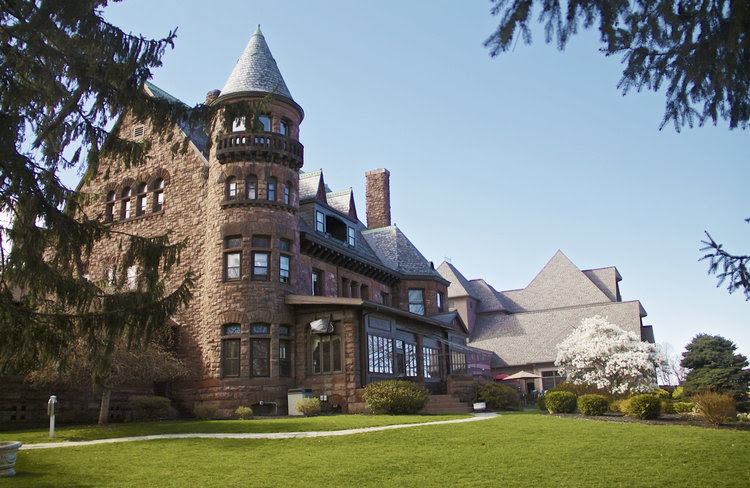