I have been a huge fan of J.R.R. Tolkien’s work since early middle school — specifically, The Hobbit. The book always held a special place in my heart, but when I realized I share a birthday with the titular hobbit Bilbo Baggins, that love grew. Conveniently Bilbo Baggins’ birthday (Sept. 22) is also Hobbit Day — so plan your family trip to celebrate.

While it’s obviously impossible to travel to the fictional world of Middle Earth, it is possible to visit the land where both trilogies filmed, New Zealand.

Options for flying to New Zealand are plentiful, thanks to the more than 20 major carriers serving the island. While a non-stop flight to New Zealand can typically take 12 hours from most places in the world, flying from Europe can take 24 hours. If such a long flight isn’t for your family, consider cruising to New Zealand instead. No matter how you end up getting to the islands, there is plenty of Middle Earth goodness to go around.

New Zealand tourism authorities are not novices to the huge crowds  vying to see the closest approximation to Middle Earth. As a result, there are a ton of Tolkien-inspired tour opportunities available. 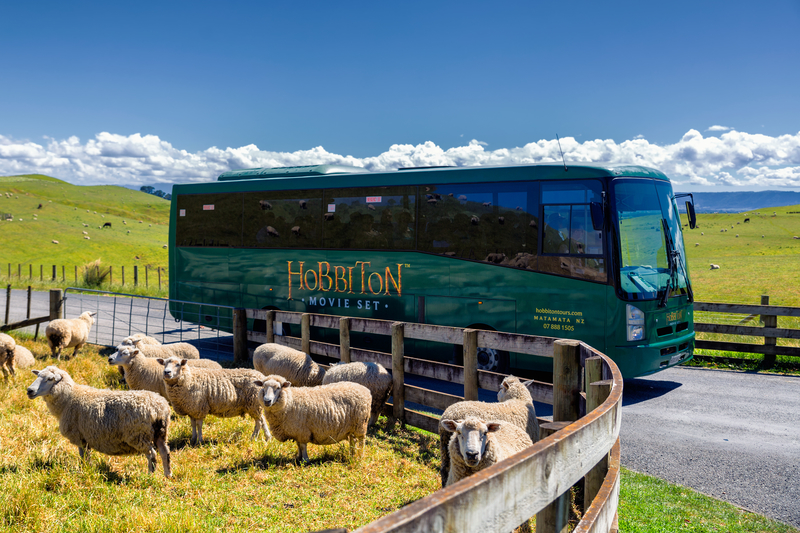 If you want to specifically tour The Hobbit locations, set your sights on Matamata. This real-world home of the Shire allows visitors to take in all 44 Hobbit holes that made up the scenes. This area also has a restaurant, perfect for a light lunch and drink while touring.

Mangaotaki Valley is another destination in New Zealand central to filming The Hobbit. Anyone familiar with the film will recognize this spot as the set for much of the first one, An Unexpected Journey. This is where the troll campfire scene was filmed and, according to Tourism New Zealand, is the single biggest filming location used in the movie.

If you’re more of an audiophile, make sure to check out Waitomo Caves. These caves were used to record much of the trilogy’s audio. There are walking and rafting tours offered through the caves.

For a look into the Lord of the Rings as well, check out the Weta Cave and Studio, a production company behind much of the trilogies. Although The Hobbit film is more family-friendly, all tours and Lord of the Rings locations are perfect for fantasy-minded families.

However you view Niagara Falls, it’s an unforgettable sight. That being said, on the Canadian side, you’ll get a panoramic view of both the American Falls and the magnificent Horseshoe Falls, as well as more chances to get up close and experience the falls. Families traveling to Niagara Falls find more activities to engage children on the Canadian side.