Family movie night has a whole new meaning once you’ve been to the film set. Watching your favorite film and TV characters traverse incredible landscapes and travel to far-off destinations inspires wanderlust in the best of us. Hop on the movie tourism trend and trek to your family’s favorite real-life film set.

In 2012, New Zealand’s tourism general manager of western markets stated, in a Forbes interview, there had been a 50 percent increase in tourism since the first film’s debut. The beautiful, almost otherworldly landscape of New Zealand has since attracted many films, including Avatar, and continues to grow, whether specific to the film or just inspired by the landscape’s beauty. The tourism industry in New Zealand is now the second-largest business in the country, after dairy production.

More recently made famous with help of the film industry is Iceland, partly in thanks to The Secret Life of Walter Mitty. This 2013 fantasy-adventure-meets-reality story primarily filmed in Iceland and some in Greenland. Since the film’s release, tourism to Iceland increased so much the travel industry created a self-drive Walter Mitty-inspired tour.

The incredible scenery displayed in the film was featured in one of Walter’s dream sequences and Iceland has become one of the top bucket-list destinations in just a few short years.

The cost of filming can significantly affect where production can take place. One of the many reasons why Ireland sees so much movie-making traffic, in addition to the incredible landscape, is the affordability. The Republic of Ireland provides large tax breaks for the arts in exchange for the invaluable exposure the travel industry receives. Tourism to Ireland has been driven in part by HBO’s hit show Game of Thrones. Locations in Ireland have been in such high demand, travelers can expect specific tours to the now famous filming locations.

With such an expansive, fictional world like Westeros, many filming locations are required to produce Game of Thrones. Northern Ireland, especially Belfast, benefited from increased tourism generated by the show’s popularity. 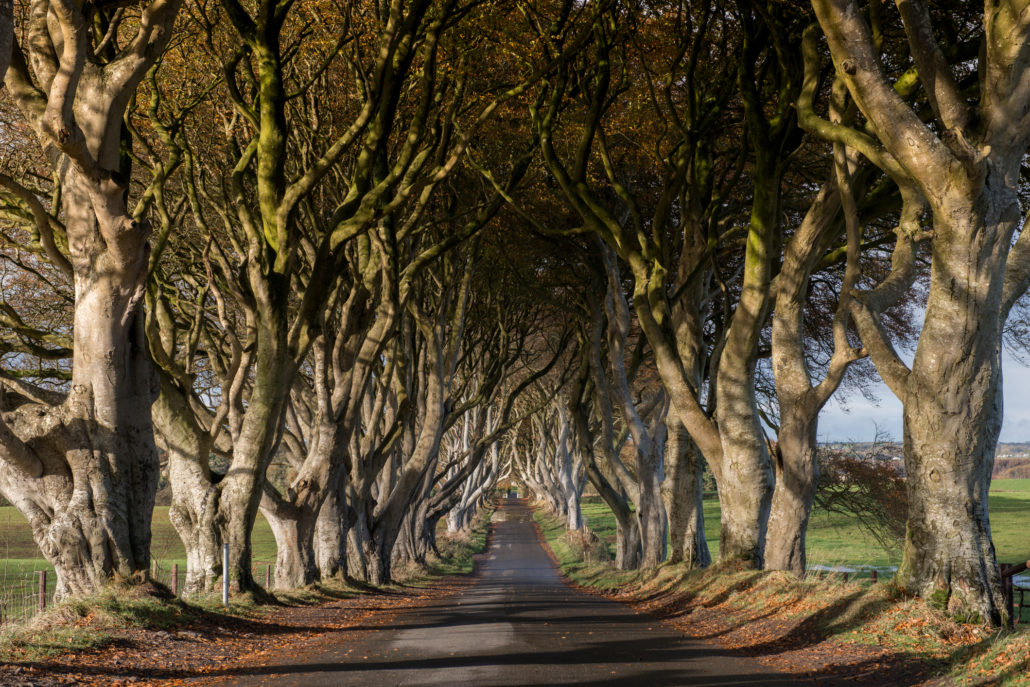 Located near Stanocum in Northern Ireland is a tree-lined road used in the show as King’s Road. Known as the Dark Hedges, this once unassuming, but beautiful, road is now a popular tourist destination. Fans of the show can pose for photos and take a drive down King’s Road.

The Stangford Castle of Ward Estate poses as the show’s famous family home, House Stark of Winterfell, located just around the corner from Dark Hedges in County Down. Explore Ireland with the whole family along one of these top tour options.

Iceland, Morocco and Croatia also made important appearances on the show and naturally provided travel inspiration for millions of viewers.

If the kids aren’t watching GOT yet, they may be more interested in seeing the grounds Luke Skywalker and Rey traversed. Check out the city of Canto Bright, actually Dubrovnik, Croatia. The Planet Ahch-To? Try Skellig Michael in County Kerry, Ireland. Between Ireland, Croatia and the countryside of England, you have yourself a behind-the-scenes look at the world of Star Wars: The Last Jedi. Opt for one of these tour packages and take the family behind the scenes of the newest Star Wars film.

There are plenty of Jersey Shore points to choose from — you can’t go wrong with any — but one of the most popular locations is The Wildwoods. Families from all over the tri-state area vacation here for sun and fun.