The Best Places in Italy to Learn about the Ancient Romans

The Roman Empire spread throughout Italy and across much of Europe, so it’s not surprising relics of their ancient world are found beyond just Rome. In fact, some of the best places for kids to get a sense of how the ancient Romans lived are elsewhere in Italy.

It’s true, in Rome they’ll see the grandeur that was Imperial Rome in impressive public monuments and buildings like the Colosseum and Palatine Hill, the Arch of Tutus and ruins of the Forum. But in these grand public buildings they get little sense of how people lived. Homes, shops and places where local people gathered bring history to life for kids, who can relate on a more personal level and compare to their own lives.

In AD 17, when Vesuvius exploded and engulfed both Pompeii and Herculaneum, it covered the former in ash, but engulfed Herculaneum in molten lava, encasing the entire town in a solid mass of pumice and ash 30–40 feet thick. This deep, airtight seal protected the buildings, contents and even art from plundering weather and inept early excavation methods. And, when at last it was excavated, the artifacts were not stripped and sent to city museums as they were at Pompeii, so everything is still there.

Instead of heavy falling ash crushing and collapsing buildings as in Pompeii, lava filled Herculaneum like rising water, supporting walls and roofs as it rose. So you’ll see multi-storied homes, staircases and doors in place, along with wooden furniture, textiles and even food, telling us about everyday life here. Colorful frescoes paint the walls of patrician homes and the village bakery has bronze baking pans and ovens and grain mills in its yard. Weaver’s and a dye shop still have the looms and dye pots; drinking cups stand on the table in a neighborhood bar. Herculaneum is smaller and less crowded than Pompeii, with highlights closer together and easier to explore. 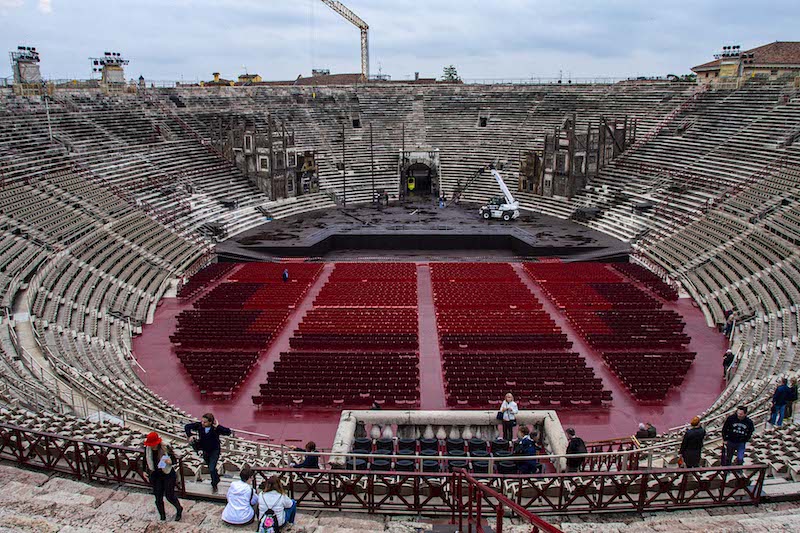 Most ancient sites in Sicily are Greek, but in the town of Enna, a landslide buried a magnificent Roman villa, preserving it almost intact. One of the best-preserved anywhere in the Roman Empire, with 50 rooms excavated, the 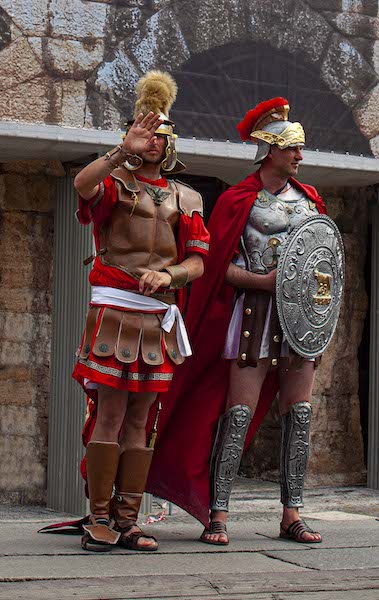 villa still includes most of the original decoration. More than 35,000 square feet of beautiful mosaic floors have been uncovered, with intricately detailed scenes from daily life, mythological themes and scenes of hunting wild animals used in gladiator contests. In the beautiful thermal baths kids learn about the Romans’ sophisticated system of heating and cooling water. The villa is a UNESCO World Heritage site.

Built about AD 290, Verona’s arena is one of the largest and best-preserved Roman amphitheaters. It retains four arches of the outer wall and the entire of the interior walls with vaulting seating intact. It is used for concerts, shows and, in the summer, for one of Europe’s most important opera festivals. Our kids loved being able to explore the vaulted walls and climb up into its stone seating to imagine the Roman spectacles that once took place here. In the summer they can pose (for a price) with fully costumed “gladiators” outside the arena. Because the arena is more complete than Rome’s Colosseum, with its floor in place, it’s easier to picture it in its original use.