Williamsburg: Bring the Family for the History, Food, Beer and Fun

There’s a lot of heritage in the Williamsburg region. It has both the site of the first English colonial settlement and the field where the last battle of the Revolutionary War was fought, and it’s also where you can discover how early Americans lived, played and worked. But there is much, much more to this great Virginia city. Here is what you need to know before you go.

The Virginia location of family resort Great Wolf Lodge is located a convenient 20 minutes from Colonial Williamsburg, Jamestown and Yorktown. Suites come in standard as well as those decked out in cabin or wolf den themes, and premium suites have amenities like whirlpool tubs, lofts or fireplaces. But it’s the year-round indoor water park that’s this chain’s biggest draw. Howlin’ Tornado is the most thrilling attraction (and the one with the longest line), but don’t miss the other slides, wave pool and surf simulator. And a huge, tranquil, adults-only hot tub adjacent to one that permits kids to soak is a peaceful respite from the splashing and squealing. When you change out of your bathing suit there are lots of other things to do, including character appearances, story time, an XD theater, miniature bowling and an arcade. Elements Spa Saloon for mom, dad and the grandparents is joined by Scooops, a spa just for kids with treatments including ice cream-themed fizzy soaks, sherbet scrubs and fun nail polish colors for manis and pedis. And when the kids have crashed, have a pairing delivered to your room from the Wine Down menu, like a bottle of Prosecco with chocolate-covered strawberries or Cabernet with charcuterie and olives.

Jamestown Settlement,is a living-history museum depicting America’s first permanent English colony, which was founded in 1607. Historic Jamestowne, located adjacent to the museum, is the site of America’s first permanent English colony. Arrive in the morning and start your visit in the Robins Foundation Theater for a 20-minute film tracing the relationship between the Colonists and the Powhatan Indians (it runs continuously every 30 minutes); it’s a great introduction to the origins of the settlement, hardships faced by the colonists and the arrival of the first Africans in 1619. Continue the story by making your way through the expansive interactive galleries that cover the United States’ beginnings in Virginia through the context of the Powhatans, English and west central African cultures; it’s divided into three sections, making it easy even for younger children to follow the story. More than 500 artifacts from portraits and documents to furnishings and toys let visitors compare and contrast the three different cultures’ language, religion, government, economy, family structure, recreation and art. A special exhibition running through Jan. 5, 2020, called “Tenacity” reviews the role of women in Jamestown through personal stories recreated by actors on video screens. Outside you can see the settlement come to life via a recreated Powhatan Indian village, where you’ll learn how they grew and prepared food, processed animal hides, crafted tools and pottery and wove fibers and take place in hands-on activities including grinding corn, gardening and playing corn cob darts. James Fort is a recreation of a military outpost used 1610–1614 with dwellings, a church, storehouse, office and governor’s house. Depending on the season you’ll see re-enactors forge and repair metal objects, demonstrate how muskets are fine, produce leather goods and sew and cultivate crops, and you can try your hand at a game of quoits or ninepins. Finally, board recreations of the three ships the settlers used to sail on the 4.5-month voyage from England to Virginia, on which you can steer with a whipstaff, practice sailors’ knots and climb into a sailor’s bunk. Stay for lunch in the café, where sandwiches, burgers and salads are joined by local dishes like Virginia peanut soup, Brunswick stew and bbq brisket.

The American Revolution Museum at Yorktown covers the founding of the United States from the beginning of the colonial period through the Revolutionary War and the signing of the Constitution. The introduction film Liberty Fever is the best place to start; it juxtaposes silhouettes and moving shadow puppets from a 19th-century storyteller with live-action film segments chronicling five people who lived during the Revolution, including a witness of the Boston Massacre, an Irish immigrant who supported the Patriots’ cause while her brother did not, and a Catawba Indian who fought on the American side. One gallery timelines the American Revolution from the 13 colonies to the westward expansion of the United States in the 1790s; others examine our relationship with Britain before, during and after the war, trace the war from the Battle of Lexington and Concord in 1775 to the eventual victory at Yorktown in 1781, examine weapons and tactics used and look at the challenges the new country faced after Americans defeated the British. The most dramatic experience here is The Siege of Yorktown, a film shown in a experiential theater with dry ice smoke and seats that vibrate and rumble as cannons fire on screen, the discernible smell of seawater as the American army works to prevent the French army from gaining access to the Chesapeake Bay and the scent of coffee as supplies are brought to the front lines. It’s well-done and truly unforgettable. (Note: If you are planning on visiting Yorktown and Jamestown, or even along with other area attractions, check the website as a combo ticket might be your best option.) 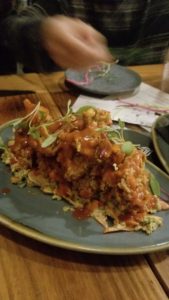 The historic area of Colonial Williamsburg is where the 18th century comes to life. Several ticket options let you plan your stay; the single-day ticket gives access to all the buildings in the historic area, complimentary shuttle service from the visitor’s center (parking in the historic area is scarce), guided tours of the Governor’s Palace, the Capitol Building and all government buildings, and admission to two art museums. Depending on the day, time of day and season you may be able to see the work of blacksmiths, visit an apothecary and learn how books were bound and bricks and barrels were made. You may see a weaver in action on her loom, tailors creating period attire, cobblers crafting shoes and a cook preparing a meal that would have been served during that era. Wind your way down the stone streets and pop into any building with an open sign. For lunch or dinner, reserve a table at one of the historic taverns in the area. Chowning’s Tavern may just be the best of the bunch, with a chef focused on serving fresh and seasonal ingredients in both dishes authentic to the time period and those inspired by Southern cuisine. Welsh Rarebit is like an open-faced grilled ham and cheese sandwich with mustard-beer sauce; wings are tossed in a spicy dry rub; and chicken and shrimp gumbo is a true homage to the Low Country favorite. You can order a flight of local beers or drink one from a salt-glazed mug you can take home. Sangaree is a relative of sangria made with Madeira (a colonial favorite), red wine and citrus, and a family punch bowl with lemon, berry and soda is way more fun than a cola or apple juice. 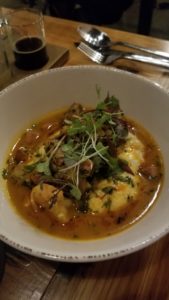 You’ll know from the throngs of people waiting for a table at Casa Pearl that this place is legit. Its specialty? Oysters and tacos. (Hard to believe no one has thought of combining these two awesome things into one dining concept before now.) Start with a pound of the addictive peel-and-eat shrimp served with mirepoix (diced and sauteed celery, onions and carrots) and a healthy sprinkling of celery salt in the spice mixture, and a dozen of ice-cold just-shucked local oysters on the half shell. This version of chips and dip pairs crunchy bbq-spiced chicharrones with pimento cheese — it’s impossible not to polish off the whole bowl — and they elevate traditional clams casino by topping Chincoteague clams with Thai sausage and fried basil gremolata before giving them a tan under the broiler. You can’t go wrong with any of the tacos: a riff on an oyster po-boy, grilled fish marinated in chimichurri sauce, smoked pork topped with sambal crema and fried chicken with garlic aioli and bread and butter pickles. Wash it all down with a lip-tingling jalapeno and ancho chile margarita or the Love Potion No. 9, with blood orange-infused vodka, green Chartreuse and ginger. 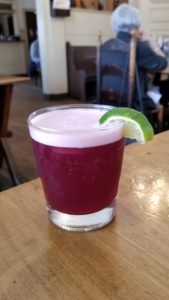 Amber Ox Public House combines craft beer with Southern-inspired fare. IPA fans will appreciate the handful of iterations of the bitter brew, while those into more experimental flavors can order a Trappist Dubbel with avocado and honey or a Belgian Tripel with jasmine flowers. Order several starters for the table, like Barcat oysters brined in buttermilk, fried in cornmeal and served with kimchi hot sauce, salt and vinegar pork rinds and pork meatballs with leeks and spinach. Shrimp and grits get an added tang from vinegar made with (what else?) beer, and the toppings on the burger (pimento cheese, caramelized onion jam, bacon, fried egg aioli and butter lettuce) are every bit as good as the patty itself. They might specialize in beer here but don’t overlook the cocktails, especially those marketed for after-dinner. In the Dark of Night is a brooding, balanced sip with aged rum, red vermouth, dry curacao, cold brew syrup and coffee-pecan bitters you can order with (or in place of) sea salt-specked dark chocolate pudding.

Opened two years ago by William & Mary grads and best friends Robby, Chris and Jonathan, Virginia Beer Company is a hip, happening, family-friendly space. The Fresh Powder IPA has a cult-like following (and comes in sour mashup version with mango, lemongrass and tangerine and blood orange), while Saison Tournante is a rotating seasonal saison. All of the 16 or so offerings come in different sized pours or in a flight of eight. The brewery hosts a food truck every day the brewery is open, and have regular events like live music and trivia.