7 Smithsonian Institute Museums Your Family Should Visit in D.C.

Walking across The National Mall, I literally crossed paths with Lonnie G. Bunch III, the Smithsonian Institution’s first African American CEO. Dr. Bunch, who first visited the Smithsonian as a 10-year-old Civil War buff, was told by his father, “Here’s a place where you can understand yourself and your country and not be worried by the color of your skin.” Bunch, who famously created the Smithsonian’s National Museum of African American History and Culture, was quoted as saying, “I wanted to give back to those institutions that shaped everything I am.” 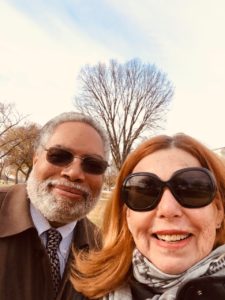 Today, Dr. Bunch oversees a great challenge: to create a 21st-century Smithsonian from its network of 19 museums, 21 libraries, nine research centers, a TV channel, magazine and National Zoo to attract a young and diverse audience, while keeping the museums free.

The National Mall has been significant to every personal trip to D.C. — from the first with my Girl Scout troop to stays with my late husband and our children; visits when our daughter attended American University; alone with my mom; or together with our granddaughter.

It’s the opportunity to appreciate our country’s heritage, or, as the French say, patrimony. Perhaps it’s the former teacher in me who wonders, while watching busloads of school children and scores of kids holding hands with their parents, what “WOW” will each child find? Who will be inspired to create his/her own legacy? How many will return with their own children in tow?

What is certain is the value of introducing our children to this heritage, including this list of must-visit museums:

There is so much to see at the National Air and Space Museum that even though some exhibits are closed during renovations, there’s more than enough to marvel. Kids stare at airplanes hanging overhead; climb in an aircraft; ride in a simulator; look through telescopes; meet real astronomy experts; and make and fly their own paper airplanes. There are also exciting IMAX and Planetarium features, daily films and science experiment programs.

The National Gallery of Art

The East and West Buildings of the National Gallery of Art comprise an architectural and art destination filled with national treasures. The European and American collections feature 4,000 paintings and 3,000 sculptures, including Degas’ ballerinas. While the West Building is going through renovations, the East Building, having completed major renovations in 2016, is open, so are most galleries, the Atrium, Study Center, Library and Terrace Café. And the National Gallery of Art Sculpture Garden Ice Rink is active through March 15, weather permitting.

The nation’s first museum of African American history lured more than 6 million visitors since it opened in 2016. Though it is known to attract long lines and advanced passes are recommended, when I arrived (on a November morning), we walked right in.

“The story of black America is the quintessential American story,” Dr. Bunch said. “Seventy percent of the [museum’s] artifacts came out of the basements, trunks and attics in people’s homes.”

Exhibits illustrate the African American experience through music, art and athletics from slavery to the Civil Rights Movement to today. Young people appeared excited with the huge locomotive and the full-sized log cabin; yet, they stood in solemn silence in front of the impeccably restored casket in which Emmett Till (a 14-year-old Chicago boy lynched in Mississippi in 1955) was buried. 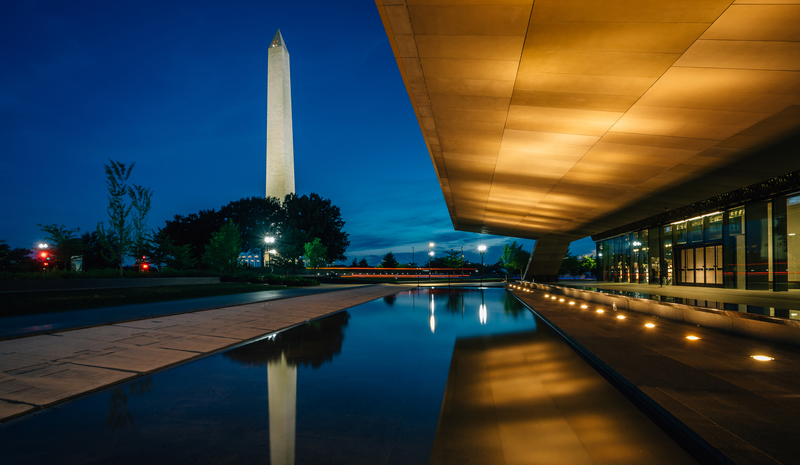 The National Museum of American History

I waited on line for the bag search at the National Museum of American History among countless teens; later, I saw them wandering around “The American Presidency” exhibit and participating in interactive exhibits, some asking docents questions. Others peeked through a stereoscope, used a printing press or handled a cotton gin. Little kids (aged 1–6) captained a tugboat and played in Wegman’s Wonderplace, which includes a kid-sized version of Julia Child’s kitchen. (I was captivated by Julia’s actual kitchen and the outfits our First Ladies wore.) The daily movies provide entertainment and a comfortable place to rest on rainy days or when the kids are tired.

The National Museum of Natural History

You may stare at the Hope Diamond at the National Museum of Natural History, while youngsters may find fascination seeing dinosaurs, watching tarantula feedings or seeing live butterflies in the Butterfly Pavilion, a rainforest-like oasis. Among the interactive learning spaces geared to tweens and teens, the Fossil Basecamp exhibit illustrates fossil dating, fossilization and evolution.

Your children don’t have to collect stamps to appreciate oversized replications at the National Postal Museum. Its collection of mail trucks, trains and planes will enthrall them and some may enjoy producing their personal stamp designs.