Need to infuse your end-of-summer plans with some tunes? If you live within driving distance of eastern Pennsylvania, you still have time to catch lots of bands and performers at Musikfest.

Not familiar with this event? And wondering why it’s spelled with a “k”? Read on. Musikfest was founded in 1984 in Bethlehem, Pennsylvania, by the community-based non-profit organization ArtsQuest. It’s held over 10 days every August — this year through Aug. 11, 2019 — during which time it attracts more than 1 million visitors there to see more than 500 performances on 18 stages around the Christmas City. The spelling is an homage to the area’s German roots, as are the names of the venues: Liederplatz, the site of lots of folk and acoustic sets, means “song place,” while Volksplatz, where you’ll find world music acts, translates to “people’s place.” 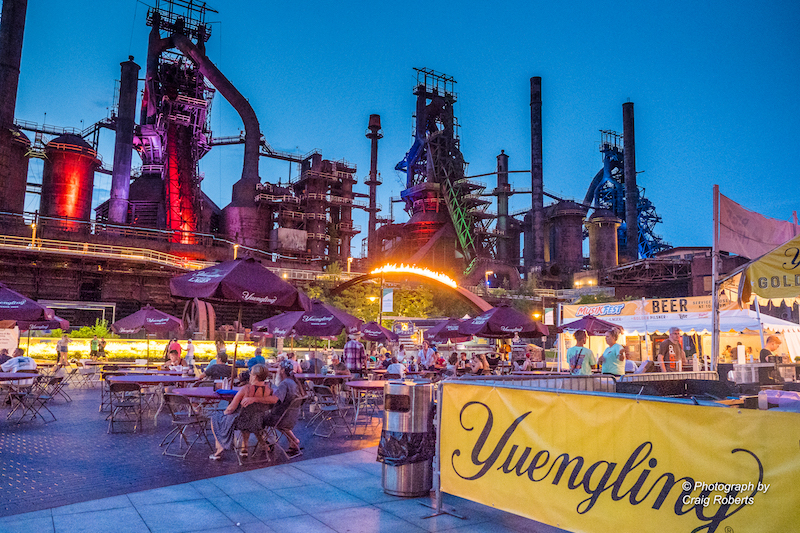 The most amazing part of attending Musikfest is that while you are walking around the 57 acres sampling food and getting your official mug filled at the beer tents, you can enjoy free music from mid-morning until late night. That’s right, the vast majority of acts do not have an admission fee.

It’s only the concerts at SteelStacks, the venue on the event’s South Side that sits in the shadow of the remnants of the towering Bethlehem Steel plant and blast furnaces, that require paid ticket for the nightly shows. Still to perform before the festival is over are The Revivalists (Aug. 8), Godsmack (Aug. 9), Phillip Phillips (Aug. 10) and Brad Paisley (Aug. 11). Though you’ll find food trucks, drink options and free music outside Steel Stacks, it’s even more of a party atmosphere once you go through the gates. 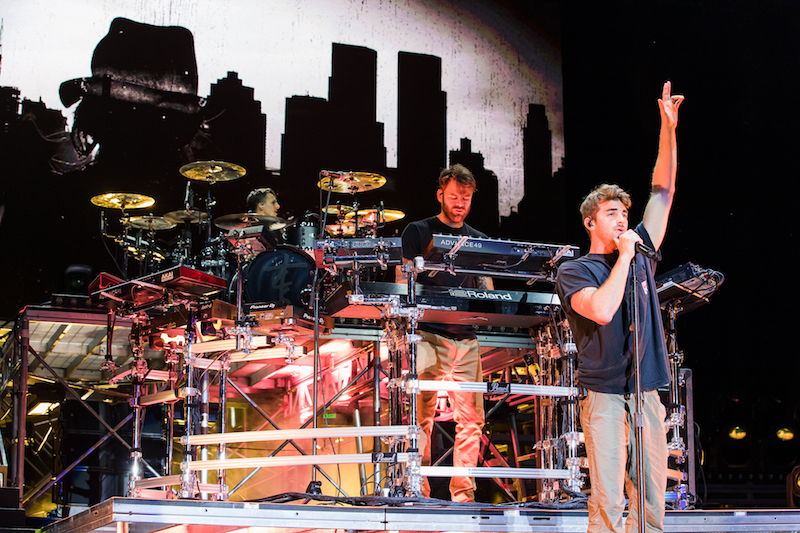 This past Friday, The Chainsmokers put on what might have been the most high-energy show in the history of Musikfest. Anyone familiar with the group through its massive collaborations with Halsey, Coldplay and 5 Seconds of Summer would have been unexpectedly surprised by the EDM dance party vibe the show took on. The duo of Alexander “Alex” Pall and Andrew “Drew” Taggart were backed by a drummer who provided the driving beat (and at one point played with flaming drumsticks) to accompany the unconventional EDM grooves set to pyrotechnics. The group peppered songs with iconic samples that ranged from the Red Hot Chili Peppers’ “Under the Bridge” to White Stripes’ “Seven Nation Army” to Kernkraft 400’s techno anthem “Zombie Nation.” Judging by the volume of the crowd singing along, the irresistible “Closer” was indeed the crowd favorite, though “Something Just Like This” and “Don’t Let Me Down” really took the large cell phone wielding-audience to synth pop heaven.

Tickets are still available for the remaining shows on the website. And here are some tips for getting the most out of Musikfest: 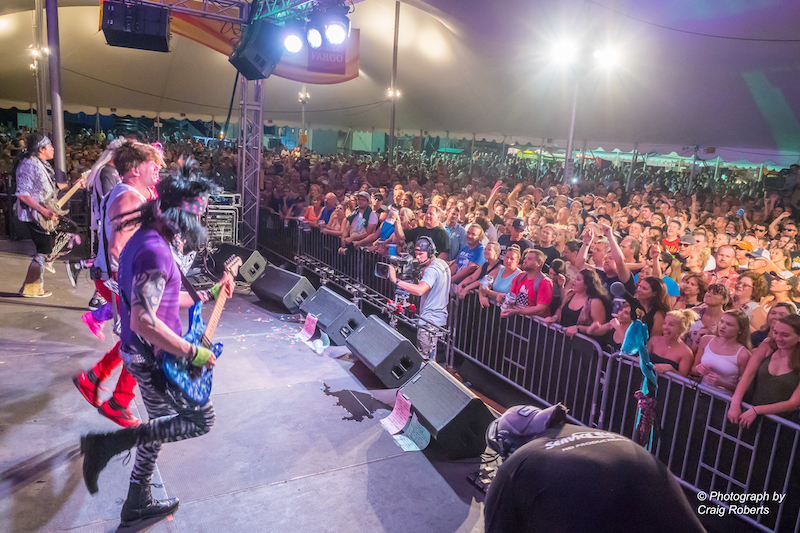