Visiting Disney World is the stuff family vacations are made of, but isn’t for the faint at heart. Orlando is not exactly known for its temperate weather and quiet shoulder season when tourism dips. Instead, its theme parks like Disney World see millions of tourists a year. In 2015, the Magic Kingdom alone saw 20.5 million visitors.

Heat, long days and too many people aren’t necessarily a peaceful experience for little ones, especially ones prone to meltdowns. Whether your child is on the spectrum or simply needs quiet time to recharge, you can factor in quiet time at each of Disney’s theme parks with a little planning. Here are five places to find some peace and quiet at Disney World on your next vacation.

Take advantage of Tom Sawyer Island’s relatively low profile status at the Magic Kingdom in Orlando. It features trails, playgrounds, picnic areas and shady benches you can get to by boat from Frontierland. It’s the perfect place for a stroller nap, quiet walk or just to get away from the bustle of the Kingdom.

And here’s a fun fact: Tom Sawyer’s Island first opened in Disneyland and was the only attraction designed by Walt Disney himself. They later recreated it in the Orlando location and Tokyo Disneyland.

The Voyage of Little Mermaid at Hollywood Studios

Hollywood Studios is all about action-packed movie thrills, and entertainment and its quiet spots are almost non-existent. And some of its only quieter spots like Magic of Disney Animation, closed to make way for new attractions. However, The Voyage of Little Mermaid at Hollywood Studios is not only a fun show but is in a dark, air-conditioned theater where younger kids can snooze while older kids take in the show.

But if you truly need it get away from all of the noise at Hollywood Studios, your options are a stroller walk and nap or hopping a ferry boat to one of the Disney Resorts on the Epcot side. You can still enjoy the lobbies or take a quiet walk along the waterfront. 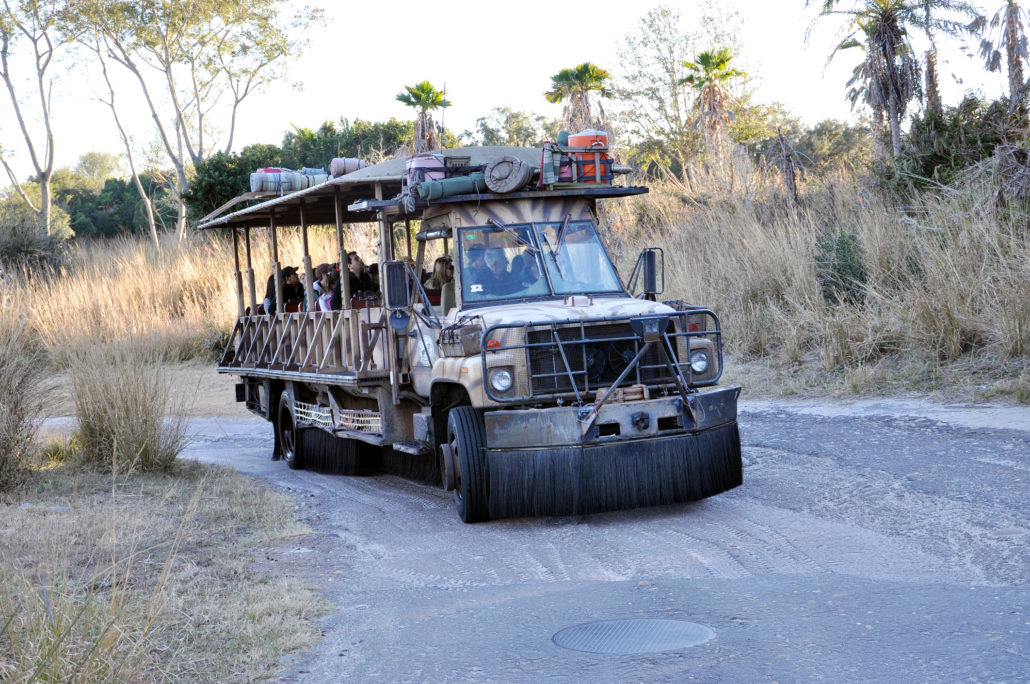 Animal Kingdom is not exactly known for its cool and tranquil shady spots. It’s an enchanting but extremely hot place to visit and you really feel like you’re exploring Africa on a hot day. The Wildlife Express Train at Animal Kingdom is the perfect way to rest and cool off with kids while still taking in some of the sights at the park. You’ll see behind-the-scenes in Harambe, Africa, while the kids snooze. Ride it a few times if you can and rest up for another adventure.

Epcot has a reputation for being a quieter park than the rest of Disney World’s properties but still gets packed, especially during festivals and around the new Frozen ride. Situated in Epcot’s Canada Pavilion, Victoria Gardens features a totally charming walkway of gorgeous rolling hills, waterways and flowers. Look for a nearby bench or just take a slow walk with a stroller and enjoy the relative quiet.

A nice, air-conditioned boat ride cruising along the Rivers of America is the perfect place for kids to feel the thrill of being on the water without all the bustle. Grab a quiet spot on the Liberty Belle at the Magic Kingdom and rest along a scenic half-mile adventure on a steam-powered paddle wheeler. There is also a Tiana’s Riverboat Party-Ice Cream Social and Parade Viewing with a reserved viewing of the Disney Festival of Fantasy Parade. Depending on your child’s need for quiet, this could be a pro or con.