For Your Future Travel Consideration: Madrid is for Art Lovers

Few cities in the world offer as much for couples who share a love of art as Madrid. Travelers can choose from romantic hotels a few steps from three of Europe’s finest art museums. Without leaving that same “Avenue of the Arts” they can stroll through a beautiful botanic garden and visit an innovative contemporary art center.

Spain has been home to some of the greatest classic European artists, including Velasquez, Goya and El Greco, but there is so much more to Spanish art. Two of the most creative and innovative artists of the 20th century are Spanish: Pablo Picasso and Salvador Dali, each of whom developed unique ways of representing the world.

Much of this rich history of Spanish and other European art can now be found in the powerful museums of Madrid. The amazing thing is so much of this artistic wealth is concentrated in four museums along or immediately adjacent to the broad boulevard, Paseo del Prado.

Of these, probably the greatest and best-known is the Prado. This museum houses much of the art collected by Spanish monarchs of the 16th and 17th centuries and comprises some of the most complete selections of major artists anywhere, sometimes as many as 100 examples of a single artist. The museum is rich with artists such as Raphael, Titian, El Greco, Ruebens, Velasquez and Goya, to mention a few. 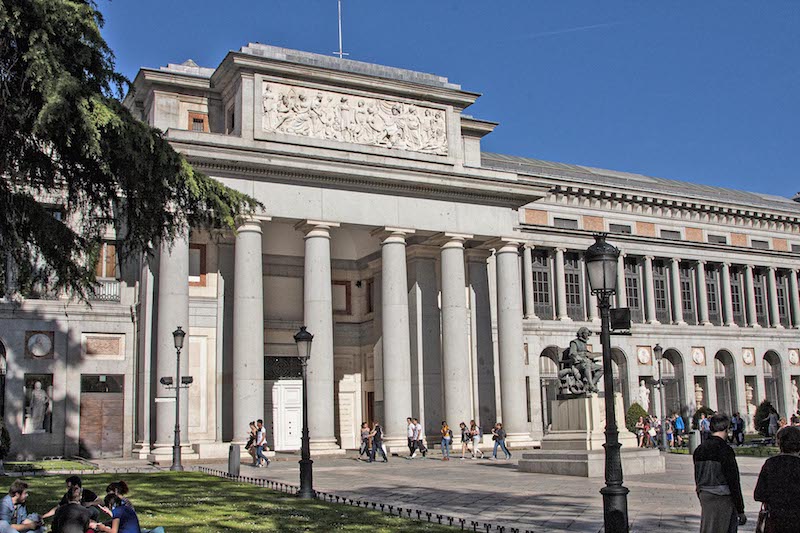 Almost directly across the street from the Prado on the Paseo del Prado is the Thyssen-Bornemisza Museum, whose collection of approximately 1,000 items includes major artists from the 13th century to the late 20th century and such names as Fra Angelico, Tiepolo, Titian and Tintoretto. The museum also has one of the finest representations of American artists in Europe and includes Thomas Hart Benton, James McNeil Whistler and Andrew Wyeth.

The CaixaForum is housed in a building that is a modern work of art itself. In a masterpiece of deconstructionist architecture, an old four-story electrical plant was raised and set above an open space with a flowing waterfall beneath it. A facing wall is a living artwork formed by a multistory vertical garden of green and flowering plants. While the Caixa has a fine collection of contemporary art of its own (mostly post-1980s), the reason to visit is its outstanding capacity to bring in exciting special exhibitions.

Officially the Museo Nacional Centro de Arte Reina Sofia, it is known more commonly known as the Reina Sofia and focuses on the changing nature of art as a social medium from the late 19th century to the present. Its works are organized into three collections defining specific periods of Spanish and European history. The art of this museum is reflective not only of the explosion of new forms and styles of art, but also of the depth of turmoil and conflict during these periods. The most famous work in this museum, Pablo Picasso’s Guernica, is an immense canvas created to commemorate the destruction of the Spanish city by Nazi bombing. 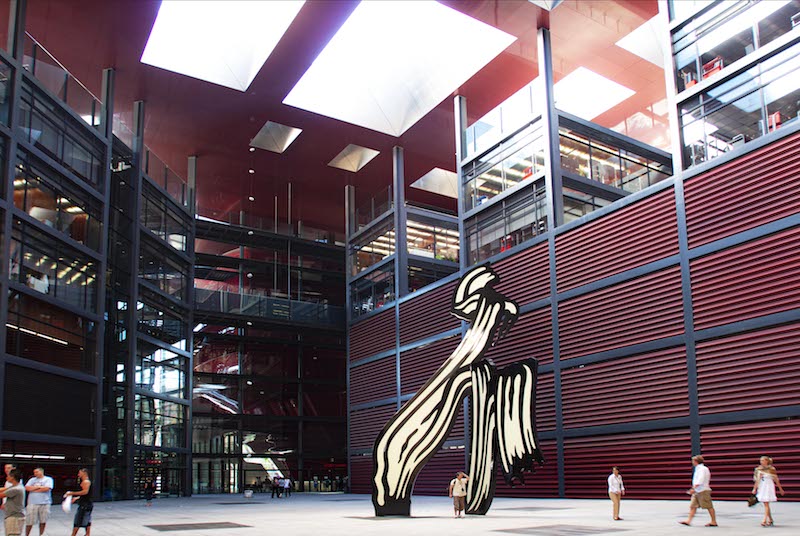 A few steps from these museums are two romantic hotels: The Westin Palace Madrid and the boutique Vincci The Mint. The elegant façade of the Belle Epoch Palace Hotel, now a Westin property, overlooks the Paseo del Prado next to the Thyssen-Bornemisza Museum, five minutes from the Prado. Before heading for the galleries, savor fresh-baked breakfast pastries under the hotel’s spectacular stained-glass dome. The stylish modern boutique hotel Vincci The Mint is nearby on Gran Via, where you can enjoy a cozy drink on the rooftop terrace as you watch the sun set over the city.