New York City for the Holidays

From festive traditions like ice skating at Rockefeller Center to seasonal shows like the Christmas Spectacular performed by the Radio City Rockettes, you’ll find holiday cheer on almost every corner in New York City through January. Here’s just a few things you won’t want to miss when you visit.

Although it’s open October through April, there’s something magical about ice skating at The Rink at Rockefeller Center near the Rockefeller Center Christmas Tree during the holiday season. General admission tickets and skate rentals are available on a first come, first serve basis. Holiday rates are $33 for adults, $15 for kids under 11 and free those under 4. Skate rentals are $13 regardless of age.

Expect to wait in line outdoors at least an hour during the holidays since the rink can only accommodate 150 skaters at a time. Or purchase a VIP Skate or First Skate (7 a.m.) package. The prices can be steep — $40 to $65 for the First Skate and as much as $175 for the VIP Skate — but may be worth it to avoid the lines.

Since 1933, the 90-minute Christmas Spectacular featuring the Radio City Rockettes has been one of the hottest holiday tickets in the nation. If you plan to go, get your tickets (from $50) early. Even though there are up to five performances daily, the show does sell out. 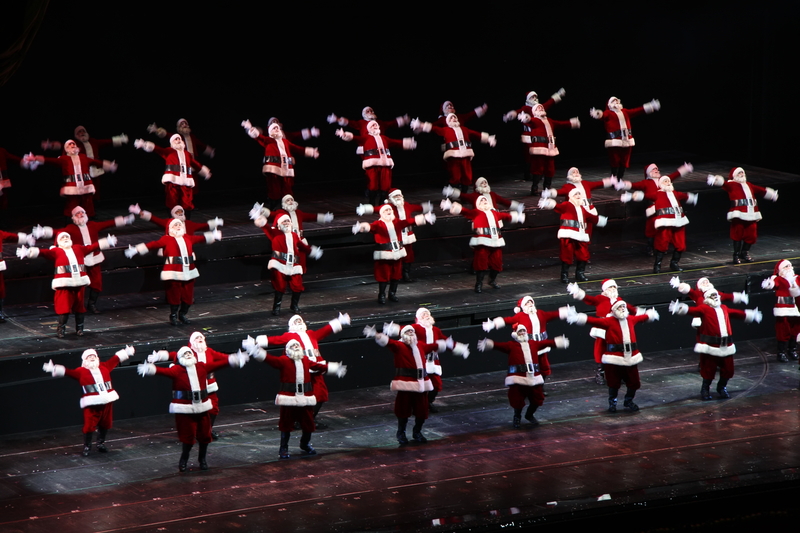 Those lucky enough to get tickets will be treated to more than 140 dancers and singers in dazzling costumes performing classic numbers such as “Parade of the Wooden Soldiers” against a video backdrop. Highlights include the stuffed animal Nutcracker, scenes from Santa’s workshop and, of course, Santa himself.

Oohing and Aahing at FAO Schwarz

There are toy stores, and then there’s FAO Schwarz. Now at 30 Rockefeller Plaza, the 20,000-square-foot store founded by Frederick August Otto Schwarz features a walk-on piano keyboard, walls of Barbie dolls, a Build-A-Bear Workshop station and an in-house candy store. Visit on a weekday morning to avoid the worst crowds, especially during the holidays.

Then spend the afternoon window shopping. From FAO Schwarz, head to 5th Avenue and walk in either direction toward Central Park or toward 34th Street. Some of the best displays are usually at Tiffany & Co., Henri Bendel, Lord & Taylor, Saks Fifth Avenue and Macy’s.

New York City is known for its holiday markets filled with boutiques and food vendors. One of the most popular is the Winter Village at Bryant Park where more than 125 booths sell handcrafted gifts and tasty foods from around the globe. After shopping, you can ice skate for free at the park’s rink. (There’s a $20 fee for skate rentals.)