The wonderful thing about Italy, which evolved from a land of many kingdoms to a unified country in the 19th century, is its buildings have transformed into boutique hotels with fascinating past lives that guests can still explore and appreciate. Whether former farm houses, monasteries, castles or full-on estates, the stays not only provide atmospheric lodging and wonderfully executed regional food, but a means to immerse oneself into a different way of life — be it one of royalty or a simple existence living off the land.

The Albergo dell’Agenzia di Polenzo, in the heart of Piemonte in northwestern Italy (associated with rich red wine grape varietals, truffles and substantial veal, pasta and dairy specialties), offers family travelers and couples a little bit of both. The neo-Gothic architectural complex was the vision of nobleman Carlo Alberto of Savoy, and constructed in the 1830s as a hub of agricultural research and production in Piedmont. Today, the legacy of this land, spanning the terrain between the Langhe and Roero hills, continues through its recognition as a UNESCO World Heritage site. 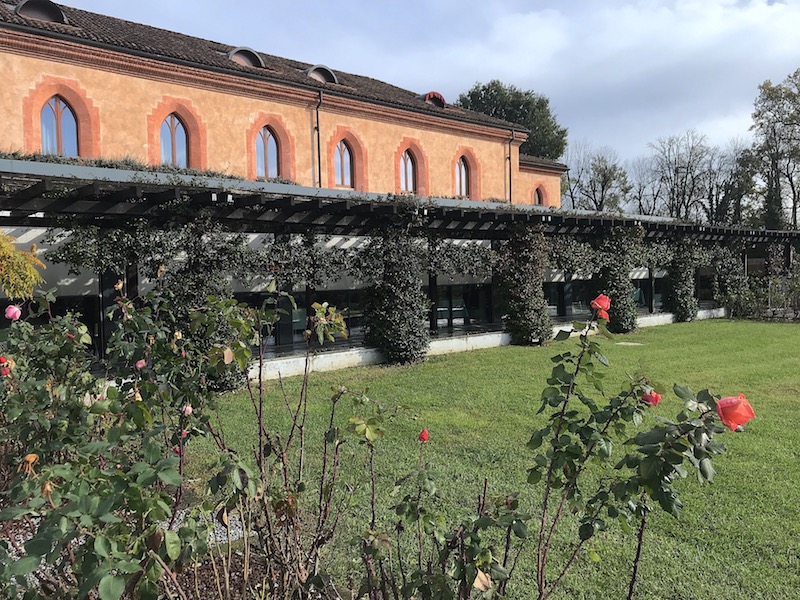 It’s interesting to note the Agenzia hotel families visit today was a few decades in the making, as major flooding in 1994 led to the restoration of the complex. It would eventually serve as a hub for the Slow Food organization, founded by Carlo Petrini in 1986 and given its present-day name in 1989. Presenting itself as a dramatic but attainable alternative to fast food, its mission is to make sustainable foods more accessible and promote local small businesses led to the founding of new chapters striving to slow globalization of agricultural products. 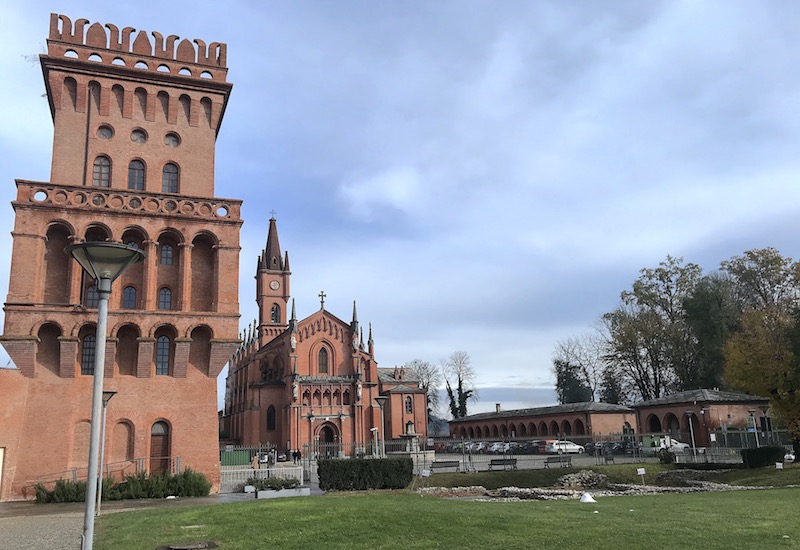 During the 1990s, the former Savoy estate’s historic value was recognized by local governments and later became the headquarters for Slow Food. In 2004, the University of Gastronomic Sciences, opened its doors as an educational institution where students from around the world build or reshape their career in restaurants and hospitality. It is not a culinary academy, rather a collection of courses concentrating on sustainable farming practices, cutting down mass production, and offering healthier food options to the general public. 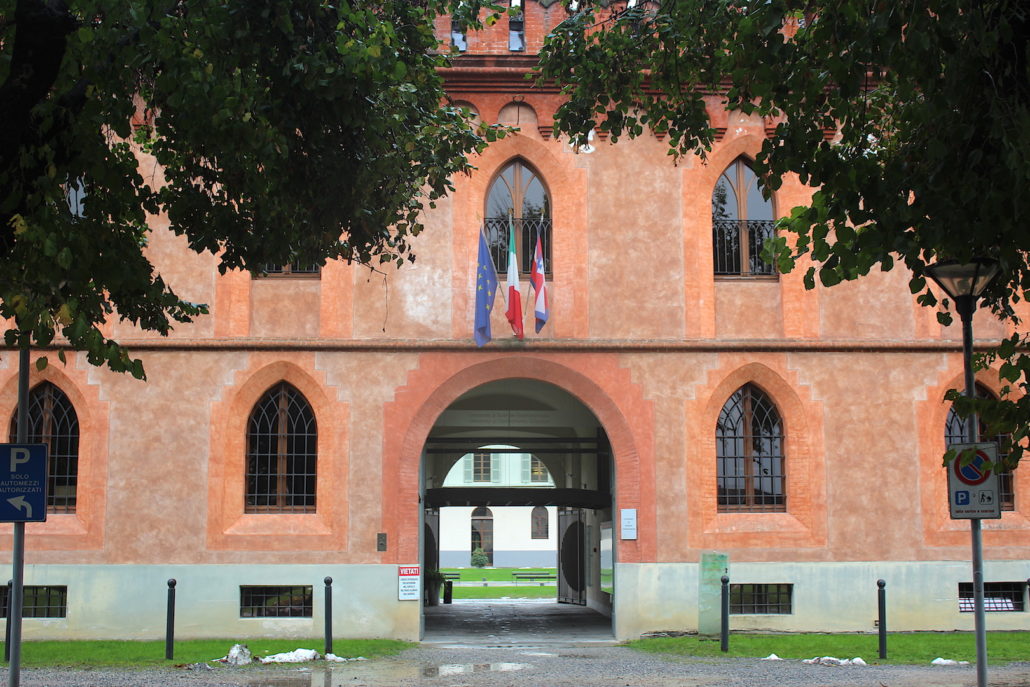 So, what does this mean to travelers in different age groups beyond its interesting history? All of this, plus 44 rooms and three suites, the amazing Enoclub restaurant (with an elaborate and impressively labeled brunch), a well-equipped gym, an attractive pool, attentive service, Truffle Kids activities pavilion and its Slow Beauty spa make the estate a wonderful base camp for the region. Another asset, beyond its lush grounds, it’s an easy and gorgeous driving distance to culinary destination cities Alba and Asti, culturally significant sites such as the 14th-century Castle Serralunga d’Alba, and internationally acclaimed restaurants such as Borgo Sant’Anna Restaurant, occupying other restored buildings in the hills of Monforte d’Alba, enabling a new generation of chefs, including Pasquale Làera, to take traditional recipes and the bounty of local farms in new directions. 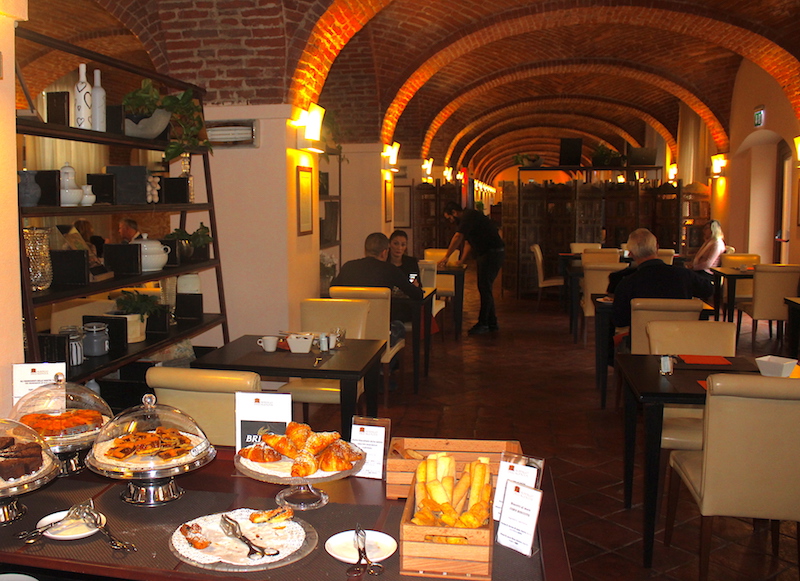 Petrini and his team continue to make the goals of his “eno-gastronomy” organization available to a wider variety of people beyond students and local producers. The hotel, along with the university campus Wine Bank and other facilities, stage programs ranging from cooking classes and wine tastings to food tours and a lavish “Slow Food Week” package encompassing museum and castle visits around the Langhe-Roero. The concierge service can arrange biking and hiking tours around the region. The hotel is also pet friendly, offers free WiFi, parking and can readily accommodate vegetarians and guests with various dietary needs.