Following the lead of the nation’s capital, cities all over America now boast street art inspired by the movement that you can check out on your next visit. Or, plan a road trip to see more than one.

Along Brooklyn’s Fulton Street, the bright yellow painting of the words “Black Lives Matter” followed by wide, thick stripes is difficult to miss.

Visitors and locals to this uber popular city can now find “Black Austin Matters” painted along Congress Avenue (between 6th and 9th streets), heading to the Texas State Capitol.

In solidarity with LGBTQ+ and Black communities, the words “All Black Lives Matter” in a rainbow of colors appeared on Hollywood Boulevard, and may stay for the foreseeable future.

In Seattle, the words “Black Lives Matter” can be seen in all sorts of fun colors and patterns along East Pine Street. The neighborhood near Cal Anderson Park is known as the Capitol Hill Occupied Protest territory and continues to see ongoing protests and demonstrations.

Cincinnati commissioned artists to create a Black Lives Matter mural in a prominent section of the city.

Click here for even more displays of artistic expression on walls over the world, including the George Floyd mural in Minneapolis. Check out stunning murals everywhere from Manchester, England; Idlib, Syria; and Athens, Greece; back to New York City’s Union Square, and dozens more places across the United States. 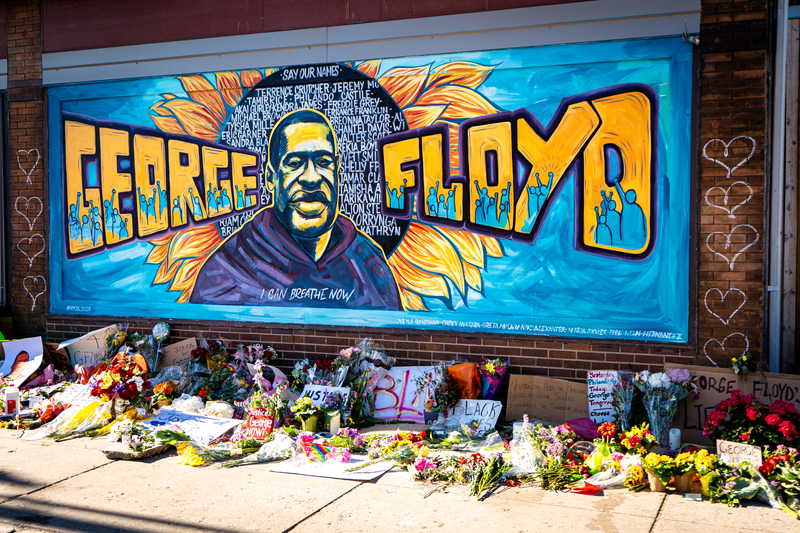 THE BEGINNING OF AUTUMN in America offers a time to savor the last precious moments of summer against the countryside’s mosaic of reds, yellows, oranges and purples. Before long, the chill of winter will enter the air and the trees will grow barren. This is not news to most of us. Indeed, leaf peeping has become ubiquitous. Most states have 24-hour toll-free hotlines to keep you informed of nature’s progress ... and then there’s the traffic. It seems the entire population of New York City and Boston climbs behind the wheels of cars on congested New England roadways. Thus we’ve tried to avoid the mainstream routes so you can truly appreciate the kaleidoscopic splendor. After all, a fall foliage road trip provides more than a mere drive. It also incorporates picking apples, tasting cider and hot doughnuts and leaving your vehicle behind to take a much-needed scenic walk to a lonely waterfall, where autumn’s colors reflect off the water.