What began 19 years ago as indisputably one of the world’s strangest spring festivals, Frozen Dead Guy Days is still running strong, drawing curious visitors from around the globe to the tiny mountain town of Nederland, Colorado, located about an hour’s drive from Denver. This year’s festival is March 13–15.

For a chilling good time, you can join the annual celebration honoring Bredo Morstoel, Nederland’s most famous resident. In 1989, Bredo’s cryogenically frozen body was deposited in a garden shed on private property in Nederland by his grandson, Trygve Bauge. Bauge’s intention was to turn his shed into a cryogenics facility, but his deportation to his home country of Norway put an end to his ambitions. While the grandson was forced to leave, the body remained — with no preventative ordinances in existence, Morstoel’s unorthodox presence in the town was grandfathered in. To this day, regular dry ice deliveries keep him frosty, while the ensuing festival garnered worldwide media coverage and a huge following.

Other not-to-miss happenings include the Frozen Dead Poet Slam, where participating poets deliver their musings from a soap box on the main street across from the Not Yet Dead in Ned Tent, and the Coffin Races & Parade of Hearses, during which teams of seven navigate an obstacle course while pulling a coffin and fake corpse behind them. 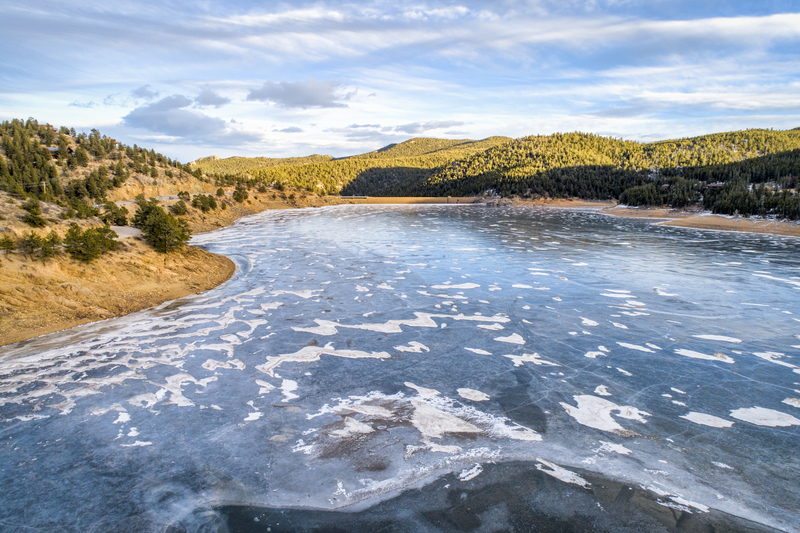 Plan ahead — lodging is severely limited in the small town, which offers only one small hotel. Heated controversy over the 2019 decision by town administrators to significantly limit short-term rental properties negatively affected the ability of the town to absorb the number of visitors hoping to take part in the festivities, and requires many guests to stay in the towns of Boulder and Estes Park, either of which can mean a long, hairy drive in spring snow conditions.

Throughout the weekend, visitors can take in screenings of the award-winning short film Grandpa’s in the Tuff Shed at the Wild Bear Mountain Ecology Center in the Caribou Shopping Center on Lakeview Drive.

Can’t make it? Tune in to Frozen Dead, the new on-demand independent media series based on the Nederland story.

Take your family travels to the next level with a beach vacation at Naia Resort & Spa in Belize. Grab your significant other, the kids and even the grandparents and stay in the ultimate multigenerational private villa.

This Valentine’s Day, transform family travel plans into a couple’s getaway with Casa Kimberly’s Legendary Romance offer. The gorgeous, nine-suite boutique hotel in Puerto Vallarta, Mexico, is no stranger to iconic love stories as it was once a gift from Richard Burton to Elizabeth Taylor.

Easter Island, one of the world’s last remaining outposts of mystique and mystery, starts 2023 with a bang with Tapati Rapa Nui Festival next month. Famous for its nearly 1,000 moai statues erected by the island’s early inhabitants, the Rapa Nui people, Easter Island has a unique heritage that is celebrated with this two-week event, which dates back more than 40 years. Family travelers in attendance will enjoy the opportunity to immerse themselves in the island’s history.