The Brothers Grimm were inspired by the castles, towns and landscapes of the German state of Hess, north of Frankfurt. The German Fairy Tale Route combines some of these places together with modern, themed attractions ranging from houses furnished to look like storybook settings to a castle tower that gives life to Rapunzel. Some of these sights on the Fairy Tale Route are a bit of a stretch, but there are so many, you can pick out the highlights as you travel through the region. Elsewhere in Germany your kids will delight in places where their imaginations can take flight, castles and villages that make perfect settings for their own tales of magic and adventure.

Here are some of our kids’ favorites:

Although every kid recognizes Germany’s most famous castle, Nueschwanstein in Bavaria, as the model for Cinderella’s Castle in Disney, ours found more place for their imaginations to roam at the mountaintop Burg Hohenzollern in Baden-Württemberg. They were even more impressed to learn, as they toured its magnificent halls and collections of armor, gold work, royal robes and artifacts of imperial splendor (including an Emperor’s crown), a real royal family still lives there. This sumptuous palace of towers and turrets sits enclosed by a walled fortress, entered through an impressive gate. 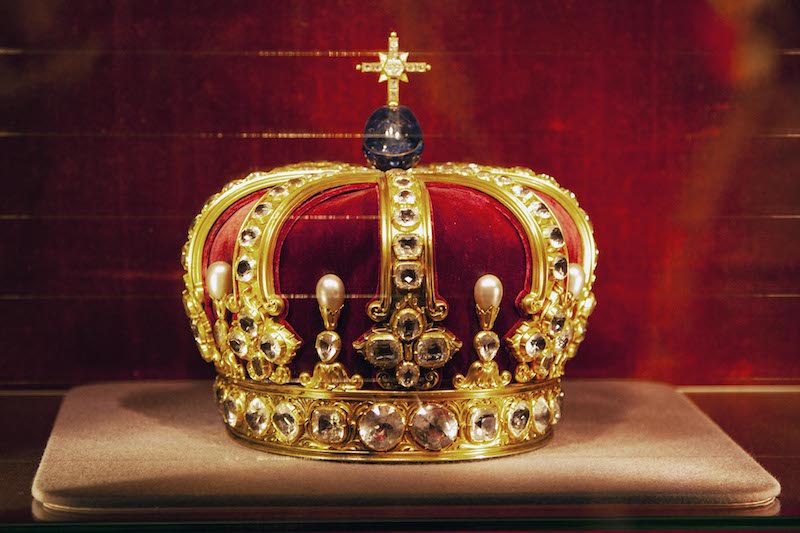 While in the Black Forest region, stop in Bad Wimpfen and stroll through streets lined by half-timbered houses with steep, pitched red roofs. It’s the highlight of another designated German tourist route, the Burgenstraße, or Castle Road. Two towers and the arcades survive what was once Germany’s largest imperial palace. Climb to the top of the Blue Tower, and let young knights dream in the medieval armor collection in the Red Tower. At the late August Zunftmarkt, artisans demonstrate medieval trades amid street performers and period pageantry. 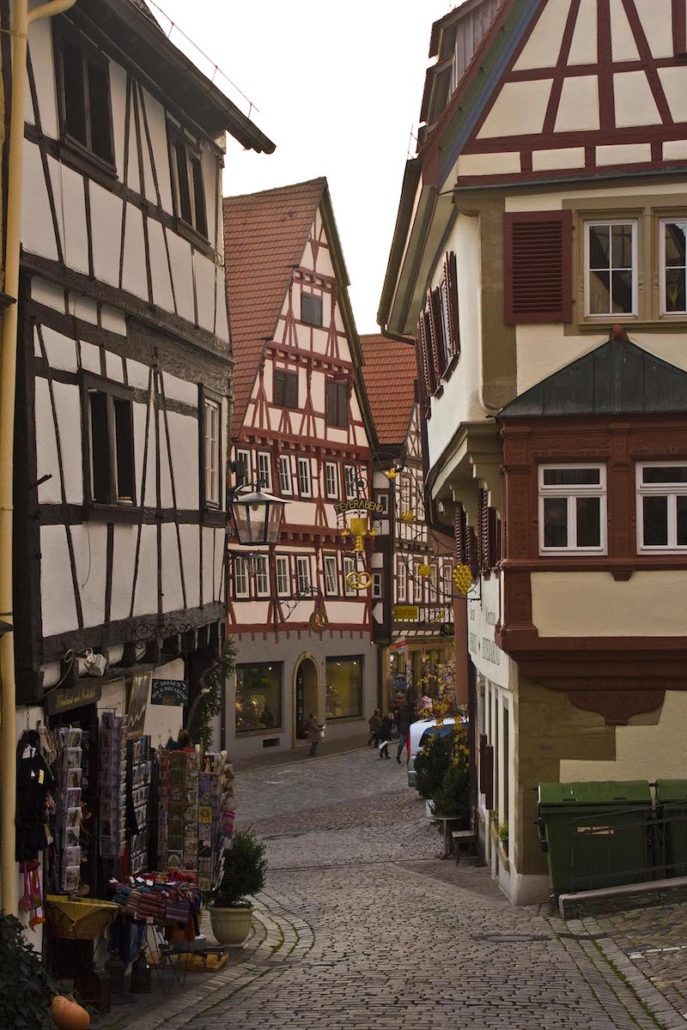 Looking just like an illustration in any book of fairy tales, Burg Eltz in Wierschem crowns a 200-foot-high rock crag deep in the forest and is reached by a narrow drawbridge. The illusion is enhanced by the tall stone walls, towers, sharp-pitched roofs and pointed turrets. It not only looks the part, but it’s the real thing, surviving since the 12th century under careful maintenance by the same family for nearly 1,000 years. The inside is just as well kept, with original furnishings and collections of armor and dazzling gold work.

The impressive 13th-century castle rising above the town of Marburg was the real-life inspiration for some of the fairy tales of the brothers Jacob and Wilhelm Grimm. They studied at the university here and its only fitting this should be the highlight of the German Fairy Tale Route. The Grimm Path is a route of fairy tale characters on walls, houses and stairways leading through the town; pick up the free map at the tourist office to follow its route and find all the characters. You might also want to stop in Steinau at the Brüder Grimm-Haus where the brothers lived as teens. It’s a museum featuring their lives and work as well as fairy tales and folk sagas.

It’s admittedly a bit hokey, but younger fairytale fans love the Rapunzel Tower in Trendelburg, north of Marburg, where a drawbridge leads across the moat to a low gate into the fortress’s cobblestone courtyard. High on the tower wall is a window, where Rapunzel herself sometimes appears.