5 Places Your Family Must Go in Portugal

Family-friendly Portugal retains the charm and atmosphere of old Europe — at some old-fashioned prices — while at the same time offering stylish contemporary hotels and travel infrastructure. 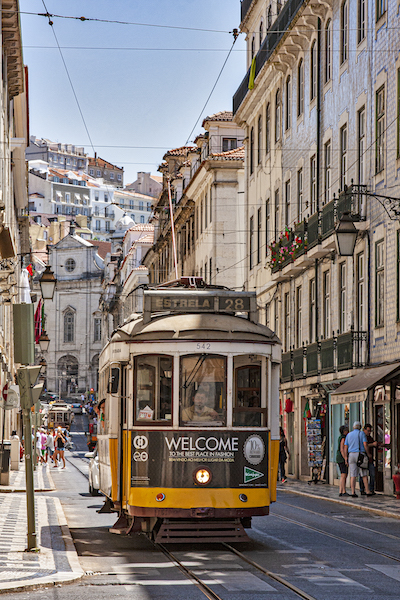 Kids will know they are in Europe right away when they climb the narrow streets of steep hillside neighborhoods between tile-clad buildings. For an added bit of local color, hitch a ride on the yellow No. 28 streetcar to Alfama, alighting at Largo Santa Luzia, a garden overlooking the Alfama’s rooftops to the river. Continue climbing through narrow streets to Castelo de Sao Jorge for sweeping city views. In the castle’s vaulted interior, multimedia exhibits show the history of the city and fort. For a look at modern Lisbon, head to the Oriente Station to visit one of Europe’s finest aquariums, Oceanario.

Portuguese royalty loved Sintra’s cooler climate during hot Lisbon summers, and a young king of the romantic era built his fanciful hilltop castle here. You can’t take Pena Palace castle seriously, with Medieval parapets, Gothic towers, cupolas, carved flourishes, Moorish arches and onion-shaped domes, all painted in candy-box colors. Pena Park is a garden of camellias and rare plants, and the ramparts of an older genuine castle crown the hill behind the palace.

Quinta da Regaleira is a smaller, but equally eccentric palace set in landscaped gardens with grottos and a warren of underground passages reached by a spiral staircase into a 200-foot-deep dry well. Monserrate is a small, Moorish-style palace resembling a stage set for Arabian Nights, sitting on a hilltop above tropical gardens. Sintra is a short train ride from Lisbon.

This white town north of Lisbon was the traditional wedding gift Portuguese kings gave their queens. The picture-perfect village sits inside walls, and you enter though an impressive fortified gate with two right-angle turns inside it (making it more difficult for attackers to get through), so you really feel as though you are entering a Medieval town. At the far end is a small castle that’s now a pousada — kids love the idea of sleeping in a real castle kings and queens once lived in. From the castle you can access the ramparts of the town wall to look down on the red-tiled rooftops. 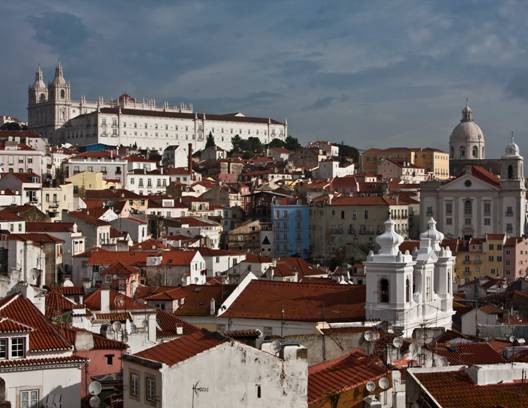 Portugal dos Pequenitos, in the old university city of Coimbra, appeals to adults as much as it does to children. Child-scale models of buildings from all over Portugal and its former colonies in Brazil, Angola, Goa and Macao are literally a mini-tour of the country and its former empire. Many of them are large enough for children to enter, and it’s a good introduction to places they will see as you travel around the country.

South of Coimbra, Conimbriga is Portugal’s finest Roman site. Conimbriga boasts beautifully detailed mosaic floors, well-preserved thermal baths and remains of villas with atrium pools and restored fountains. It was overrun by barbarians, who swarmed over the hastily built wall that still runs through parts of the city. Visit the adjoining museum first to learn how Roman colonials lived in this once beautiful city. 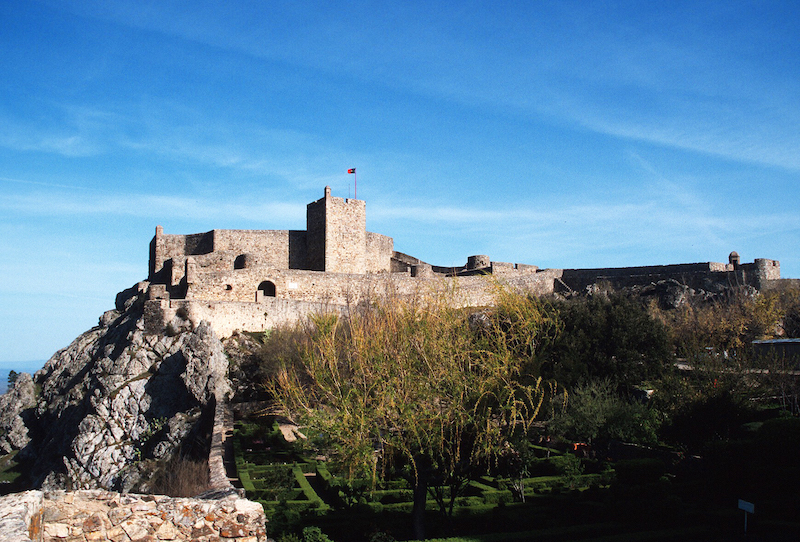 Even if Marvão didn’t have one of Portugal’s best castles to explore, it would still be worth visiting to wander in the narrow stone lanes between whitewashed houses with carved windows and wrought-iron balconies. The 13th-century castle that once guarded the Spanish frontier is irresistible, with its vast courtyard, high walls, towers and battlements to walk. Just inside its entrance gate, steps lead to the huge vaulted cistern and inside the little handcraft shop is a gigantic oven.

If you talk loudly inside the keep, voices sound even louder, as canny Portuguese built it to echo, making the fortress seem better defended than it was. The castle is open and lighted all night, so stay over in one of the small inns and wander inside the castle after dark. A flashlight is handy on stairs and in spooky dark corners — kids will love it.