The performance featured various well-known arias from La Bohème and Tosca, during which costumed soloists serenaded us, while strolling around the room on a hand-crafted carpet designed to mimic the colors of the light streaming through the glass dome. 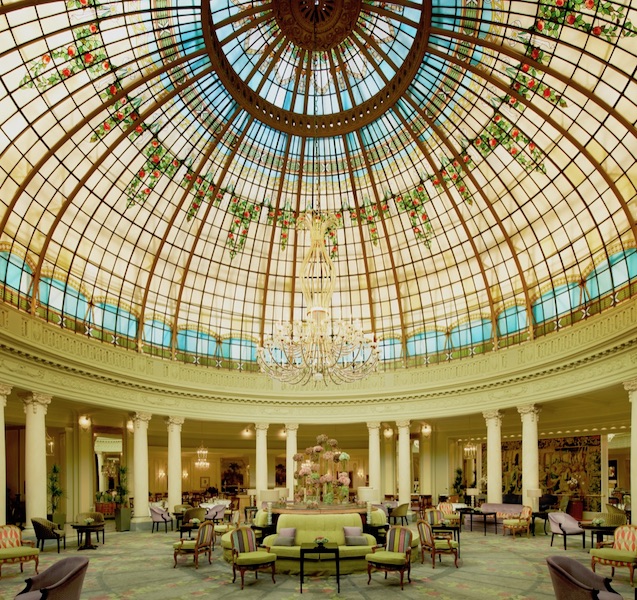 The Palace, which made its debut in 1912 as the first hotel in Europe to boast en suite bathrooms and telephones, feels like the 5-star Belle Époque palace it is. Multiple valets greet guests at the front door and a concierge wears the prestigious Clefs d’Or pin, indicating membership in the elite society, and helps advise and plan every itinerary, especially for youngsters. For families, the hotel offers 50 percent off the second room. Westin chefs also custom designed menus for children called Eat Well Menu For Kids.

There’s a decorative black-and-gold staircase, keyed elevator access and large furnished salon-sized elevator lounges. Our room, 429, just a few doors down an ultra-wide corridor from the newly refurbished Royal Suite, had two double beds and faced the fountain of Neptune, one of the most majestic in the city. From our balcony, there was a view across the side street to the Museo Thyssen-Bornemiza — a smallish former palace showcasing art from the 13th century, and 20th-century American Pop Art — and, out front, to the broad, tree-lined boulevard Paseo del Prado, with its shaded central walkway (allée). 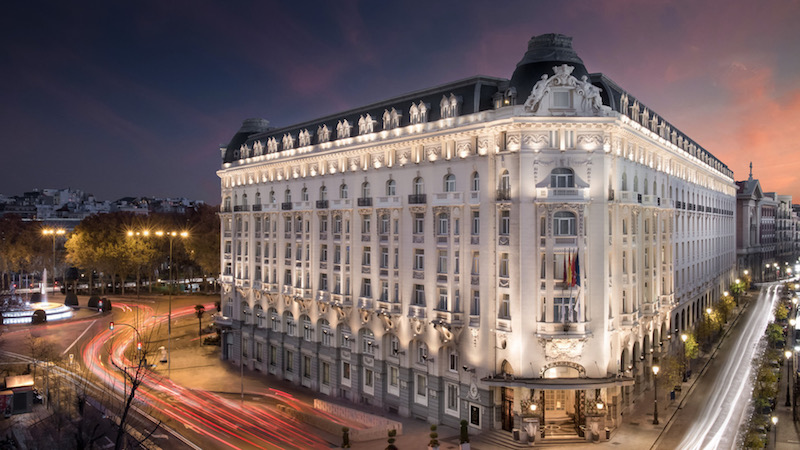 On the far side of the plaza, near the Prado Museum and the child-friendly Retiro Gardens, the Mandarin Oriental Hotel Ritz is wrapped for renovation and plans to open this year. The ornate towers of the century-old Palacio de Cibeles, some blocks away, was also within view. It’s a tourist destination because the sixth-floor terrace, next to a restaurant, overlooks the beautiful city.

The sights we easily observed from our room are some of the reasons why The Palace is so perfect for families. Some are just a right turn and short walk from the front door, others are off to the left. It’s a short walk to authentic little restaurants in the old town, the Barrio de las Letras, and to the tapas bars and toddler’s playground at Plaza Santa Ana.

As for the accommodations, about 360 of the 470 hotel rooms completed renovations, providing serenely sophisticated backdrops, natural colors, soft lighting, rounded-edged furnishings and an authentic sense of place with designs in the carpet inspired by the lace work in a Spanish mantilla, and in the headboards by nearby Retiro Park. Double glazed windows, air conditioning, sound proofing, safes, a 49-inch flat-screen television, a digital phone system and safety devices add comfort. Huge, all marble bathrooms provide a deep tub, a shower and privacy for the toilet and bidet. 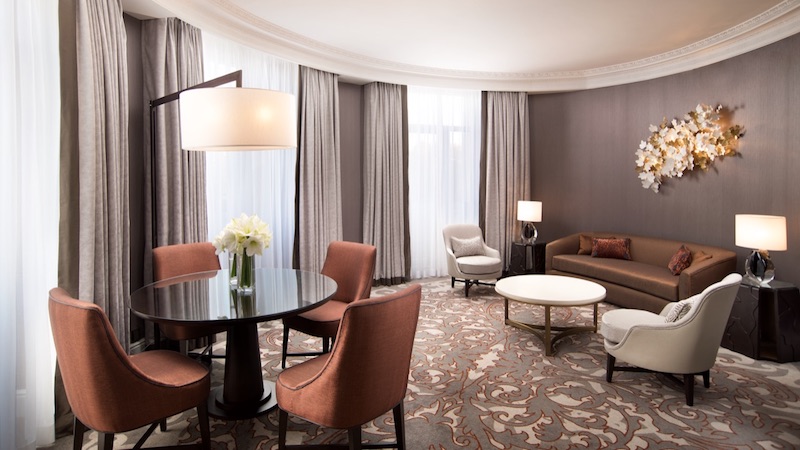 Whenever we passed through the lobby, which famous guests have long frequented, we could feel the buzz. And some distinguished groups meet at the Espacio Palace, recently redone by Rockwell Group Europe. With more than 23 meeting rooms, the 140,000-square-foot space — which can be accessed via a classical staircase within the hotel or from the street — can host events for up to 800 guests. On the sixth floor, there’s a fitness room and a small spa that employs a talented aesthetician.

When free to travel, The Westin Palace is a wonderful place to stay in Madrid.