Traveling for a party seems more noble when it’s really a cultural celebration, dating back hundreds of years and a cornerstone of a country’s culture and proud history. If that’s the kind of party your family is seeking for an epic getaway, Asia is the place.

With ancient history, eclectic religious beliefs and cultures to celebrate, there’s a celebration in early 2020 your family should plan for.

A bit after our typical New Year’s Eve celebrations at home, this holiday comes in a different package — it’s more like a phenomenon. Falling Jan. 25, this Chinese New Year, also known as the Spring Festival, marks the Year of the Rat and welcomes incredible celebrations from locals all over China.

According to the Chinese zodiac, people born in 1936, 1948, 1960, 1972, 1984, 1996 and 2008 will be in their Zodiac Year of Birth — so happy birthday and enjoy the festivities! Don’t let the Rat fool you, this next year is going to be one for the ages. Famously celebrated in Beijing and Hong Kong with incredible paper lanterns, theatrics and festivities around the city, evidence of the festival can be found all over Mainland China. Find the right city for your family trip and prepare for a great celebration.

You’ve seen the pictures of thousands of paper lanterns illuminating the sky like flickering stars on a dark night — that’s the Pingxi Lantern Festival in Taiwan and it’s even better in person. Incredible visuals aside, there’s a lot more to this celebration than Instagram photos. 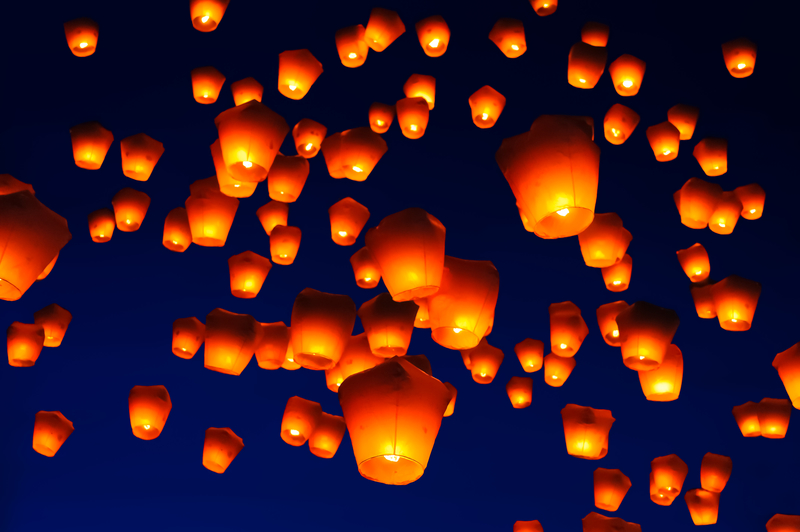 Celebrated Feb. 8–23, the festival is also known as Little New Year and gives thanks to the gods. Participants take to the streets during the Lantern Festival, the major event, but also enjoy games, food and fun festivities hosted around the city.

Songkran, known as the Thai New Year, is celebrated April 13–15, so you have some time to plan for this one. The opening ceremony kicks off in Wat Pho, but Songkran can be found celebrated all over the country. One of the most popular destinations for the fun is the Bangkok Songkran Splendours Festival.