With the city’s architectural, cultural and culinary mix, Budapest is commonly referred to as “The Paris of Eastern Europe” for good reason. Just like the French capital’s Left and Right Banks divided by a river (the Seine), it has two distinctive sides — Buda and Pest — divided by a river (the Danube) that forges the heart of the city with two completely different personalities. 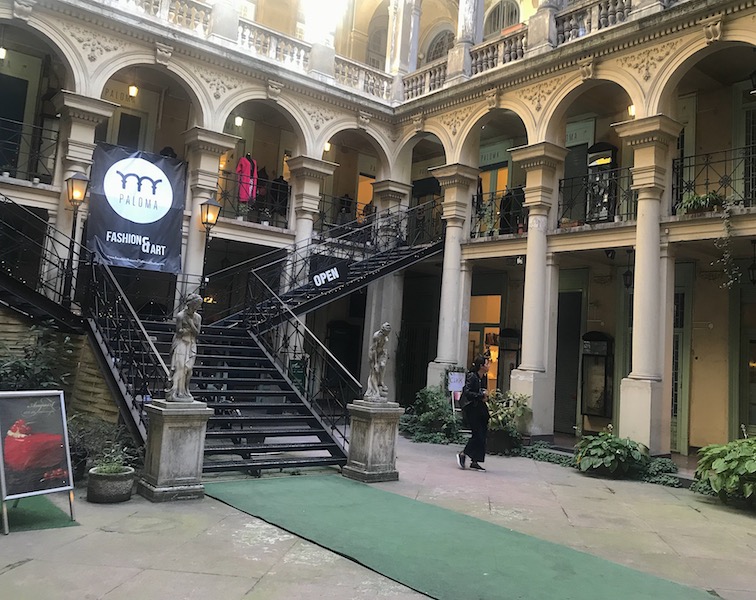 Buda is the grander side, with its magnificent cathedrals, palaces, the city’s stellar art museum and immaculate residential streets. Whether you fly in or sail in on a river cruise, starting a stay at the impressive entrance of King Stephen’s Cathedral is a given.  On the Pest side, today’s “Jewish Quarter,” a Jewish ghetto for many generations of Hungarian Jews is now home to Andrássy University Budapest, University of Theatre and Film Arts and other universities. With its preponderance of young people, it’s effectively the city’s social hub, known for nightlife, stylish dining and ruin pubs arising from buildings abandoned during the post-World War II years. 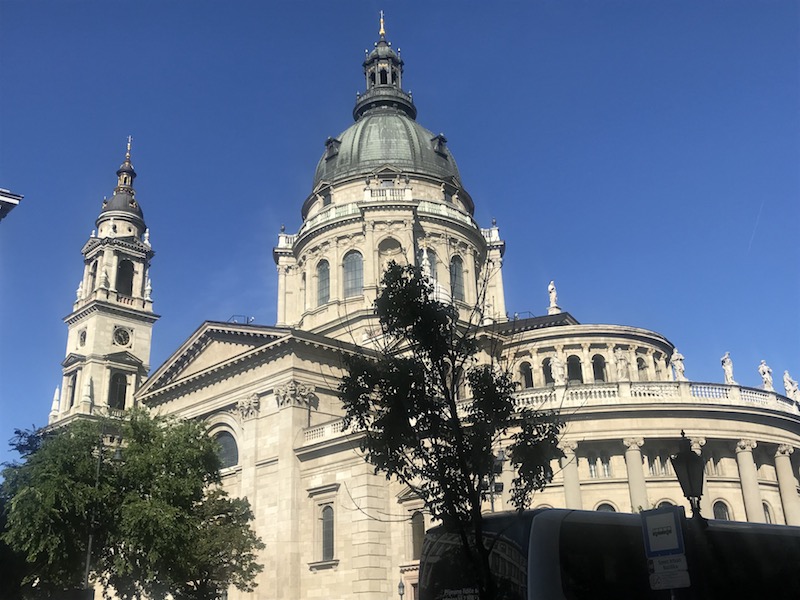 Even with its college-y flavor, this area has much to offer school-aged children and teens, allowing parents to mix and match activities based on the ages of the kids and their interests. While Jewish history and heritage tours are an essential part of a Budapest experience, visits can be tailored through companies such as Gyde & Seek, whose guides are specialized in a variety of tour angles. Free tours offered by such organizations as Trip to Budapest and Freetour provide a basic, but detailed introduction to the area along with an incentive to return to sites of particular interest. 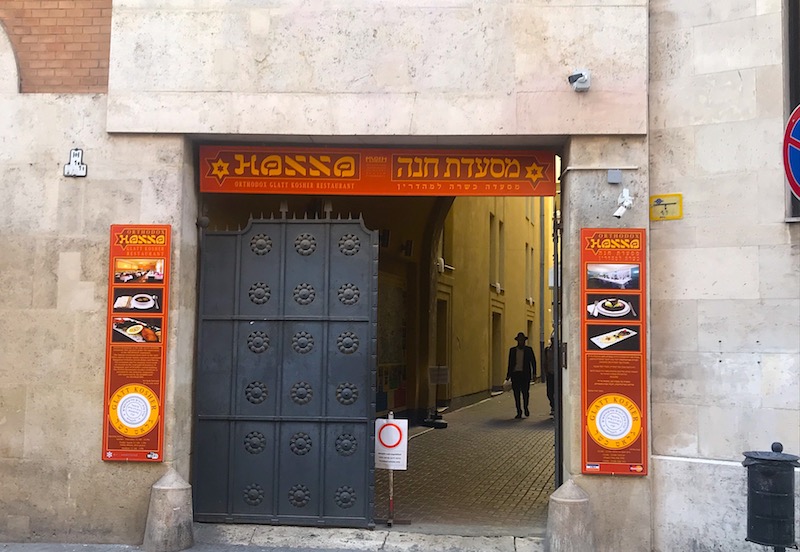 Dohány Street Synagogue — the most common starting point for a professionally guided or self-guided tour — is not only the largest working synagogue in Europe, but also the hub of a sprawling complex dedicated to the memory of the Holocaust’s victims and generations of Jewish citizens that preceded it. The main synagogue was designed and built by three different architects, resulting in a Moorish architectural exterior and an interior that resembles a Catholic church. A typical tour will include stops at the impressive Hungarian Jewish Museum and archives, the Heroes’ Temple, the Raoul Wallenberg Memorial Park, a Jewish cemetery and several sculptures such as the “Weeping Willow” that visually capture the consequences of key historic events. 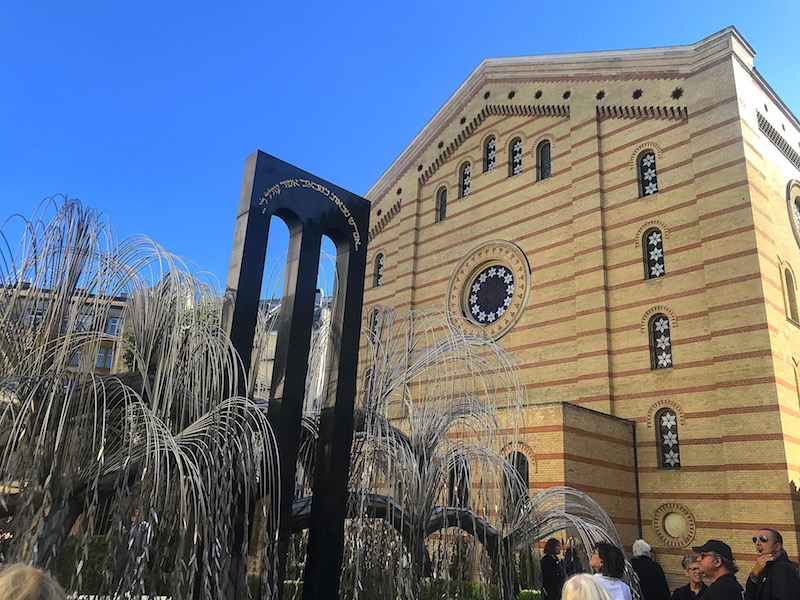 Lesser-known, but equally fascinating, landmarks connected by the maze of streets, lanes and courtyards include the Orthodox Synagogue Kazinczy Utca, the Conservative Synagogue on Rombach Street, beautiful Art Nouveau and Neo-Classical homes, bakeries and cafés at which you can sample traditional desserts such as the flòdni cake, the Raoul Wallenberg Holocaust Memorial Park and remnants of original ghetto walls enlivened by socially charged street art. 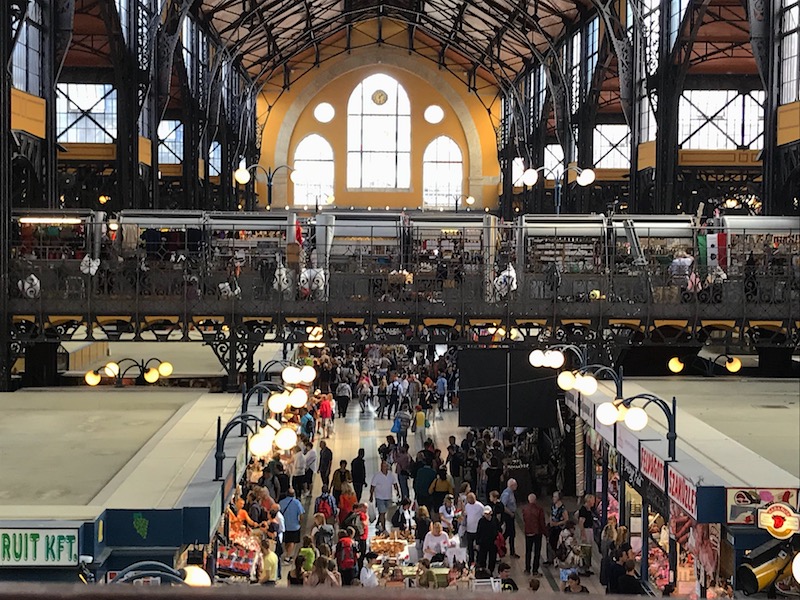 The Old Market Hall, a few minutes’ walk from the quarter, is a go-to for inexpensive carry-out food, samples of traditional foods offered by several vendors, and souvenir shopping. However, to avoid crowds and harvest more distinctive finds, wander down such streets such as Kaziczy, Dob, Dohány and Király, dotted with eclectic informal restaurants, ice cream and sweet shops, and “design” shops offering gorgeous artwork, jewelry, children’s toys, books and clothing. If you’re visiting on a Sunday, you can shop the lively Gouba Gozsdu craft market. Other noteworthy places include the hip silkscreen studio Printa, selling campus-ready bags, leather goods, prints, t-shirts, stationery and jewelry. The upscale Paloma Artist Courtyard has a delightful mix of upcycled and vintage clothing, young designer ateliers, costume and fine jewelry, interesting accessory boutiques and a working leather handbag workshop where one can buy directly from the designer. 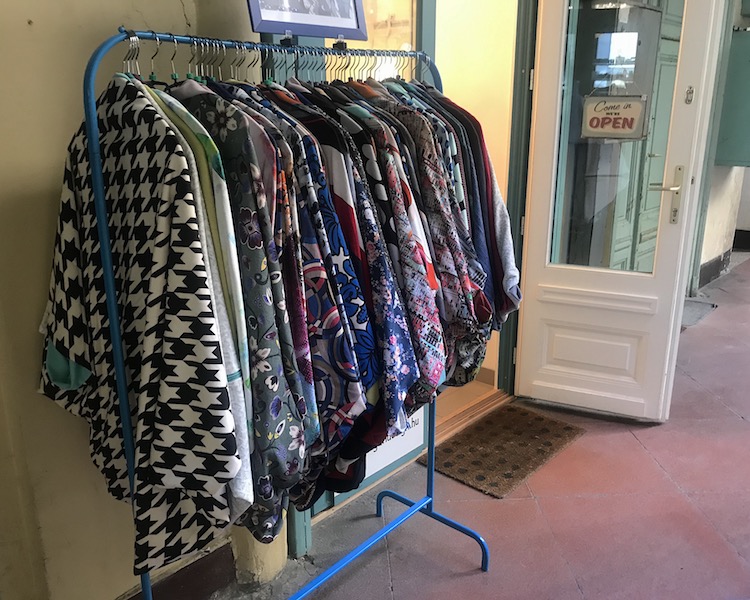 Shopping at the Market in Budapest. Photo: Elyse Glickman

To conclude a Jewish Quarter visit with a moment of reflection, visit “Shoes on the Danube” memorial, created by film director Can Togay and sculptor Gyula Pauer, located on the banks of the Danube to commemorate the 400,000 victims killed during the Holocaust. Although the Jewish community itself dwindled from 200,000 to less than 10,000, the community that’s left is thriving thanks to the international interest in the area. 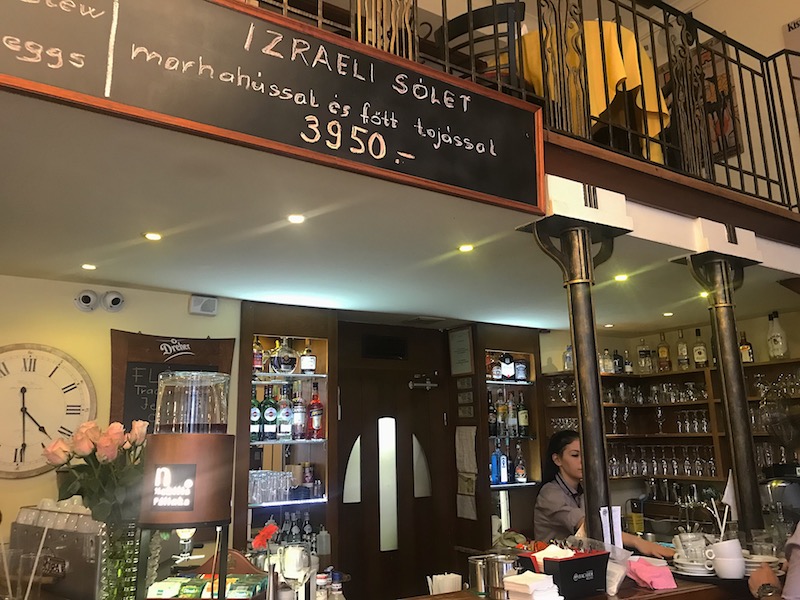