Curaçao’s Jewish Legacy Lives Through Its Best Museums and Attractions

Like Israel, a powerful current of Jewish culture runs through the Caribbean island nation of Curaçao, even as it stands as a place whose appeal is universal. Although the island is predominantly Roman Catholic, those born and raised on the island appreciate their families’ personal Jewish roots and connections, and are as thirsty for knowledge as are many Jewish visitors who enjoy heritage travel. Even if a given attraction, such as downtown Willemstad’s Plasa Bieu (“The Old Market”) or the Children’s Museum, is not inherently Jewish or even religious, chances are you’ll stumble upon something that can be traced back to Jewish families who found success on the island over the generations. 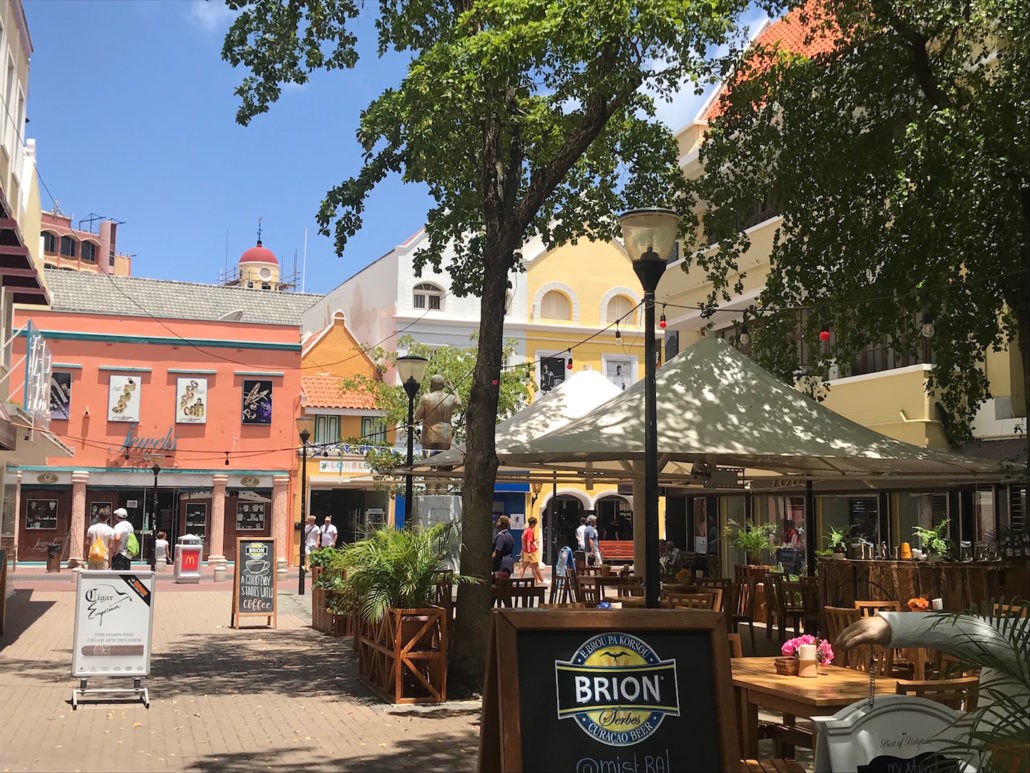 During the Inquisition, the Dutch offered Portuguese and Spanish Sephardic Jewish merchants and their families a safe haven in the Caribbean. After staying in and around Africa for a few years, the first group arrived in Curaçao in 1651, with more families to follow in the decades to come. Rather than conquest, they brought with them gratitude and an intention to give back to the communities.

“The Jews were welcomed on Curaçao because they helped build the local economy, says guide Emlyn Pieterson, who carved out a niche in Jewish heritage travel. “They moved on from agriculture during their settlement period into other industries. They went into shipping, retail, boat building, providing employment to the locals in the process. Salmon Elias Levy Madura & Sons, the oldest shipping company still in operation, was started by a Jewish man. Jews (are also credited for) bridging the gap between black and white residents, and being the glue holding the communities together because of their value of teaching everybody to respect one another.” 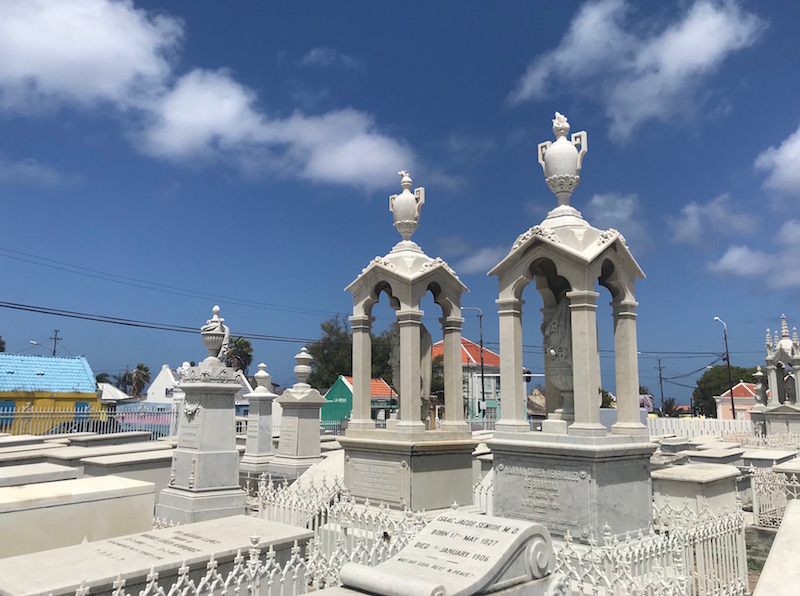 For Jewish families, the most logical place to begin exploring the island’s unique history is Mikve Israel Emanuel Synagogue, which community leaders will emphasize is the oldest temple still in regular operation since 1732, or Shaarei Tsedek, opened in 2009, the spiritual home for much of the islands’ remaining Ashkenazi residents. Visitors investigating their family history, no matter their affiliation or ancestral point of origin will also want to explore the Bleinheim and Beth Haim cemeteries with headstones representing dozens of stories spanning Curaçao’s history. Pieterson mentions the headstones at Beth Haim were designed to resemble those at Roman Catholic cemeteries so any invaders during the Inquisition would not disturb Jewish enclaves nearby.

The Curaçao Jewish Museum, adjoining the Sephardic Temple, was recently redesigned to be relatable and fascinating for people from all backgrounds. In mid-2018, a new timeline structure in front of the courtyard entrance puts the island’s entire history in context with the rest of the world. Inside, the lobby (completed in the summer of 2019) zooms in on key events from the Jewish migration into Curaçao to the present day with artifacts from home, commercial and spiritual life donated by several families. The upstairs area, which features artifacts from its Sephardic and Ashkenaz populations, is currently being reworked, though the existing artifacts will remain on display during the renovation. 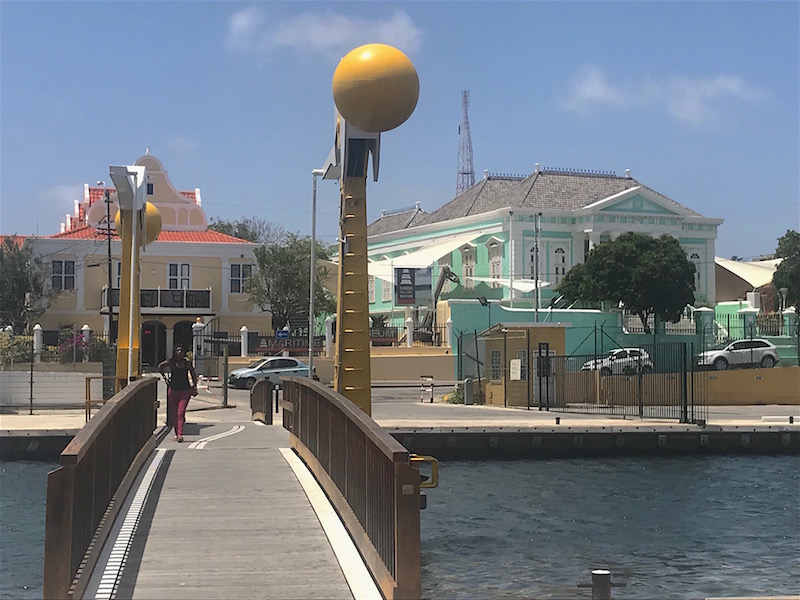 Scharloo, a short walk over the landmark Wilhelmina Drawbridge in central Willemstad, is currently going through a transition into a hip, artsy area. However, it is still a treasure trove of historic relics, including the remains of the original Ashkenazi synagogue to stirring street art and murals to the ornate “Wedding Cake House,” which today houses the National Archive of the Dutch Caribbean.

The Children’s Museum was commissioned as a modern home where Ena Dankmeyer-Maduro could enjoy the rest of her days even as she tirelessly worked through the end to preserve the legacy and historic contributions to Curaçao’s leading Jewish families. On the same plot of land, there is the Landhuis Rooi Catootje, filled with the belongings of her ancestors, and adjacent Mongui Maduro Museum & Library, containing numerous books and records on Jewish and general Curaçao history (“Antilliana”) in a modern, climate-controlled environment. 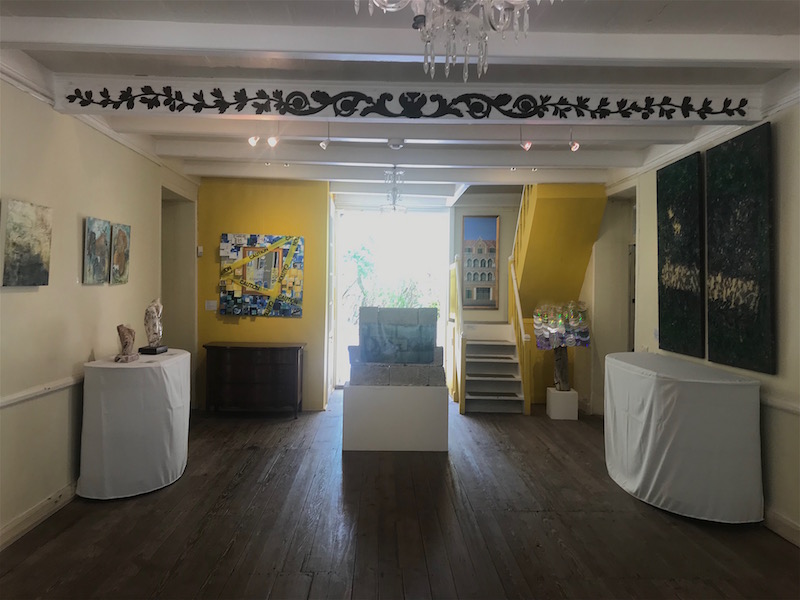 The Landhuis Bloemhof, transformed from a former plantation into a dynamic arts center, grew out of the vision of May Alvarez Correa Henriquez, a patron of the arts and accomplished writer determined to give naturally talented artists from the island a place to display their work and perfect their craft. Daughter Nicole Henrique now presides over the museum, which continues the tradition of featuring local artists and is home to the internationally acclaimed work in progress “Cathedral of Thorns,” as well as No. 10, ranked by locals as the best coffee house in the area beyond downtown. The former home of May and husband Max is decked out with a mix of modern canvases, sculptures and eclectic furnishings, and known for its delicious pastries, breads, coffees, juice creations and teas.

Speaking of food, even with an incredible array of restaurants at all price points throughout the island, Plasa Bieu — touted as the island’s first “food hall” — sells numerous simple but tasty dishes whose original recipes go back decades and blend influences from Africa, The Netherlands and, as Pieterson will point out, Jewish immigrants from Portugal and Spain.

Velas Resorts in Mexico offers summer savings, perfect for a family getaway. Guests can take advantage of suite upgrades, 50 percent discounted stays for kids and teens, half-off round-trip airport transfers, complimentary hydrotherapy and up to a $300 resort credit for couples or family experiences. Early check-in and late check-out are available at select properties.

After the past year, no one really needs an excuse to get away and go on a well-deserved vacation. Whether you are looking for a weekend family getaway or a week-long trip, Virginia Beach is the place for you. With brand-new amenities, offers, activities and more, you can’t go wrong.

A summer favorite for sports enthusiasts is tailgating before the big game. Whether it be baseball, soccer or football, bringing the right items for an awesome day can be hard, and it’s important not to overpack. These are the things you want to make a priority on your tailgate list.

This summer, Washington, D.C., is open for business and looking forward to welcoming travelers back to our nation’s capital. With most restrictions lifted and the full reopening of D.C. on June 11, this summer is the best time to visit and take the family on a fun, educational trip.