Arequipa might not be the first place you think of when you think of Peru, but this UNESCO World Heritage district, known as the White City because of the color of much of its Spanish Colonial architecture, is a haven for families looking to experience the charm of this South American destination without the bustle of Lima and Cuzco.

One-tenth the size of Lima — and the population is only 1 million compared to the capital’s 10 million — Arequipa is nonetheless Peru’s second-largest city. Part of its charm is its eye-popping location at 7,500 feet above sea level, flanked by soaring volcanoes, and between the Andes and coastal desert of southwest Peru.

Founded by the Spanish in 1540, the city — about a 75-minute flight from Lima — also boasts spring-like weather and 300 days of sunshine.

Start your exploration along the cobbled streets of the historic district and stop for coffee, hot chocolate or queso hellado, an artisanal ice cream, at Plaza de Armas, sunny by day and lit up at night. Highlights include the bronze fountain topped by an angel, the massive La Catedral and the Pasaje Catedral pedestrian zone with shops and outdoor cafés with umbrella-shaded dining.

Nearby are the 17th-century Jesuit Iglesia de la Compania; the Monastery of Santa Catalina, which features a small café and a gift shop selling soap handmade by the nuns; the Mercado San Camilo; the Museo Santuarios Andinos; and the Casa Museo Mario Vargas Llosa, an interactive museum that tells the life story of the 2010 Nobel Prize-winning novelist born in Arequipa. 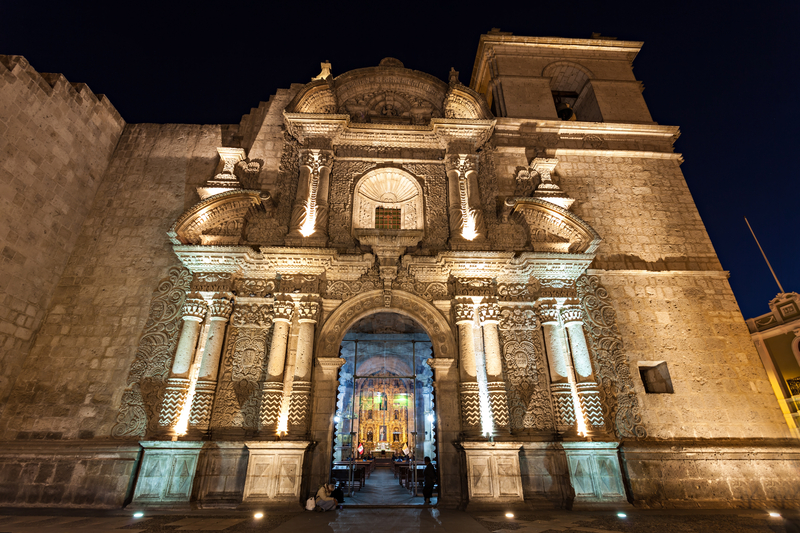 Many of Arequipa’s old buildings feature flowering courtyards and carved stone facades, most built in the 19th century after a devastating 1868 earthquake, and a number of them are open to the public.

Behind the cathedral’s twin bell towers stands El Misti, a 19,000-foot active volcano that is snowcapped in season. The volcano seems to be a few blocks away, but in reality it’s 11 miles north of the city and offers a landmark for finding your way around.

Arequipa owes much of its distinctive culture to its isolated location, which for centuries was only accessible via mule trail until a railroad linked it to the rest of the country in 1870.

Its pre-Colonial history is on display at the Museo Santuarios Andinos, for example, where you can see the well-preserved mummy of Juanita, a young Inca girl sacrificed and buried in ice for more than 500 years near the 20,000-foot summit of volcanic Mount Ampato, but not discovered until 1995.

Or take a daytrip to Toro Muerto to see petroglyphs of alpacas, condors, snakes and geometric shapes carved into volcanic rock by the Wari people between 500–1300 BC. 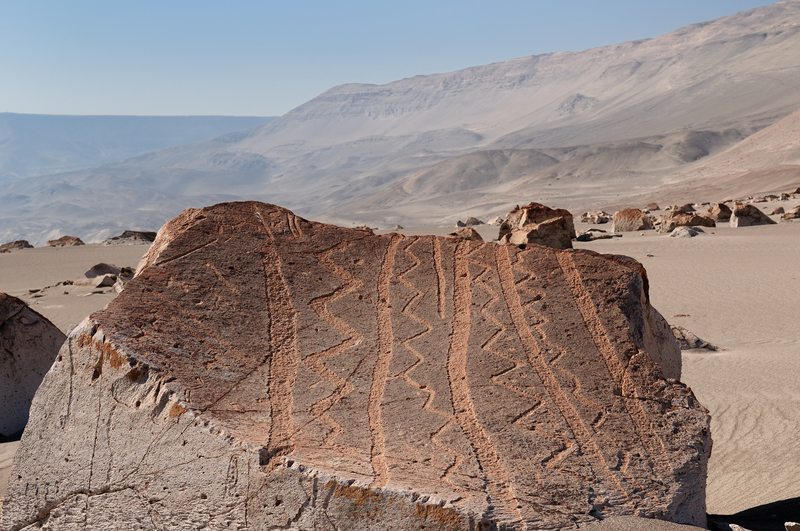 Speaking of alpacas, this region is the country’s epicenter of the alpaca industry. Here you can buy spun-and-processed alpaca and vicuna wool in the shops in the cloisters of Iglesia de la Compania; in dedicated Kuna shops; and in Anntarah, a fair-trade operation whose baby alpaca woven knits and textiles, as well as Pima cotton clothing for babies and children, are produced by hundreds of local families.

Foodies, especially those unafraid of spicy cuisine, can sample such local favorites as adobo, a pork chop stew cooked in a clay pot over an open fire, and rocoto relleno, a bell-shaped rocoto pepper stuffed with minced meat, cheese, eggs, raisins, peas and carrots. For a change of pace, though, you can also find plenty of international fare throughout the city.

Finally, outdoor adventures include trekking, river rafting, zip lining and condor watching in the Colca Valley nearby. You can also tour the new UNESCO Geopark, Valle de los Volcanes, a 40-mile route that descends from 14,000 feet to the bottom of the canyon, where you can get a different perspective of the volcanoes, including the 21,000-foot Corupuna, the highest in Peru.

This Valentine’s Day, give your little ones a Bumpa, a weighted plush doll that hugs you back for soft, cozy comfort. The doll’s weighted hands are shaped as half a heart, so when they are joined together, they create a full heart, perfect for Valentine’s Day.

The lure of Vermont’s big ski resorts is undeniable, but for family travelers, a day at one of these can be very expensive. Smaller ski areas are usually geared to families, making them wonderful places for children to learn how to ski. Next time you travel to Vermont in search of snow, spend a day or an afternoon at one of these small home-town slopes.

Ski season is in full swing at Southern California’s mountain resorts, making them perfect options for family travelers looking for a mid-season vacay. At Mammoth Mountain, one of the most popular resorts for skiing, snowboarding and anyone looking for some snowy fun, there are plenty of reasons to put this destination on your radar thanks to all the new upgrades they underwent to gear up for the season.