Flock to Montauk With the Family

Montauk, in the town of East Hampton, is the last pearl in the string of coastal villages known collectively as The Hamptons. Located at the tip of Long Island, Montauk Point is 118 miles from New York harbor or about 120 miles from Midtown Manhattan. People travel there through the longest and largest island in the contiguous United States. (It’s 23 miles at its widest, between the Great South Bay and the Long Island Sound). They drive, take the Hampton Jitney or ride Long Island Railroad trains. Some folks arrive by boat and a good number fly in to the local airport.

Three of Long Island’s Native American tribes settled on the east end more than 11,000 years (or 550 generations) before the Dutch explorers and English settlers: the Shinnecock, Manhassett and Montauk. Local place names, including Amagansett, Montauk and Napeague, are a lasting legacy of these ancient baymen and hunters. In the 17th-century colonial era, farmers, fishermen, whalers and artisans followed and, by the 19th century, artists were lured by the pastoral and marine abundance, seaside splendor and extraordinary natural light; soon, vacationers and year-round settlers discovered the magic.

As a tourist destination, Montauk is best known for the lighthouse President George Washington ordered constructed in 1792. As the first New York State lighthouse (and the fourth in the young nation), it has been listed on the National Register of Historic Places since 1969. Now, Montauk Point State Park includes the Montauk Lighthouse Museum and Camp Hero, for surf fishing. And, it’s just one aspect of Montauk history. 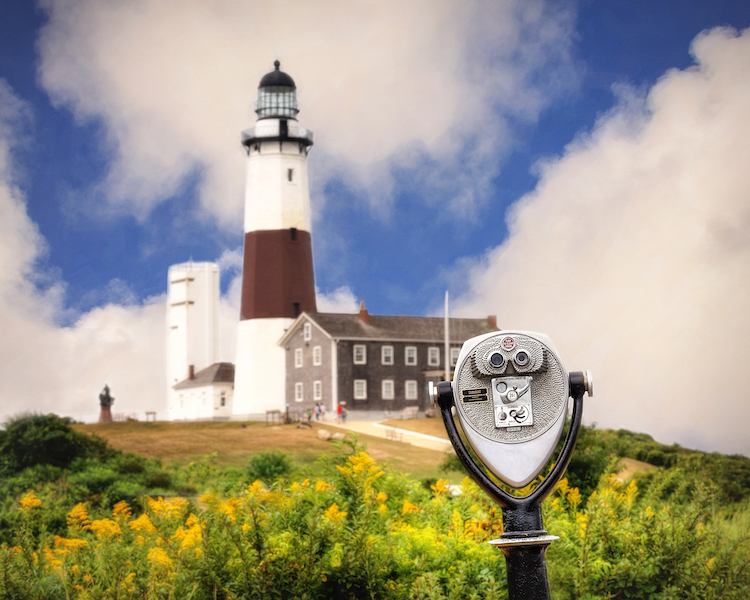 Carl Fisher — the entrepreneur who converted a swampland into a Miami Beach mecca — was dubbed “Crazy Carl Fisher,” in 1925, when he bought all 10,000 acres of the Montauk peninsula for $2.5 million and added $7 million to create his dream: “the most fabulous summer resort ever imagined in the western world.” His project was designed to lure and support the sporting lifestyle of the Manhattan elite, who summered at their cottages in Newport and sailed between the two harbors.

Between 1926 and 1932, Fisher built the huge Montauk Manor (now Hotel Montauk Manor, with condominium apartments); the high-rise, six-story Tower in Montauk, where Fisher had a penthouse (it’s a residential condominium); about 30 Tudor-style buildings, many — along with the gazebo on The Plaza — around the plaza; and a golf course, Montauk Downs (now, Montauk Downs State Park Golf Course and the Robert Trent Jones course is open to the public, as is the pool and tennis courts). To assure easy access for yachtsman, including the Astors and Vanderbilts, he dredged Lake Montauk, blasted open the channel to Block Island Sound and created a private harbor, the Montauk Marina and the Montauk Yacht Club. (Now, as Gurney’s Star Island Resort & Marina, it is the resort Fisher hoped it would become.)

Unfortunately, the Great Depression of 1929 squashed his vision and, for almost a century, Montauk remained the low-key, quiet, family-friendly, fishing, boating and golfing destination on the far side and a world away from the far-more-chic Hamptons.

In recent years, the Memorial to Labor Day summer season added a late-night club scene to its touristic vibe. Still, with 5,000 acres dedicated to parklands, it’s not surprising the folks camping on the beach at Hither Hills State Park, spending the day on charter fishing vessels from Montauk Marina or hiking the bluffs to the beach on the 99-acre Shadmoor State Park, or riding horseback at Deep Hollow Ranch, the oldest working ranch in the United States, don’t seem to get in the way of the millennials who party late … and vice versa.

There are a number of family-friendly restaurants, and many are outdoor cafés. East of Amagansett, drivers reach two casual clam chowder-style eateries in Napeague: Lobster Roll and Clam Bar (where I just ordered a much recommended, warmed, butter and herb topped claw-only “lobster roll”). Gosman’s Dock is where families eat steamed lobster (or the day’s catch) outside, while watching the fishing vessels come into port. Navy Beach serves fried chicken at picnic tables on the sand. For Mexican fare, one Manhattan outpost is Tacombi Montauk. Harvest on Fort Pond has a top reputation. And, there’s no shortage of children at tables with their parents at Scarpetta Beach, at the Original Gurneys and at Showfish, at Gurney’s Star Island Resort. 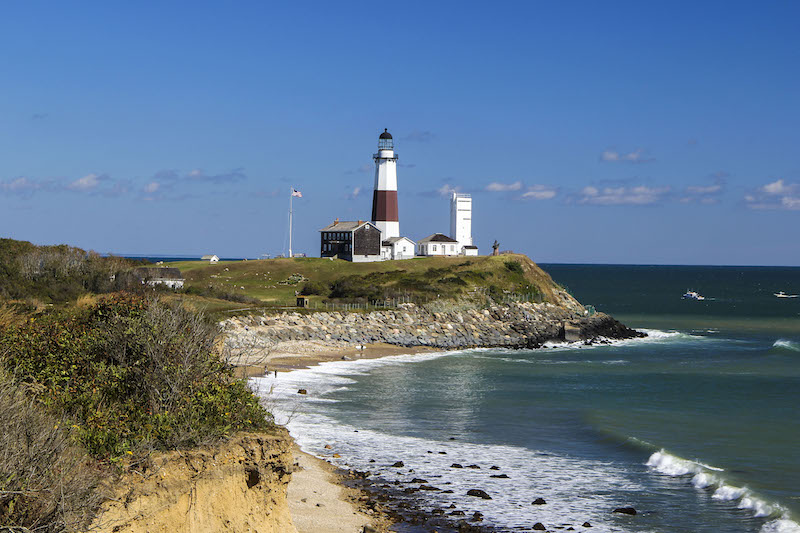 The KAI Foundation and Partners Care for Rangers, African Wild Explorations in the Fight Against Poaching

With COVID-19 hitting the global economy hard and tourism dollars dwindling across the globe, destinations relying on tourist revenue need funding more than ever. Enter Uganda.