Four of the Fabulous Hamptons

Starting about 90 miles east of New York City, in Shinnecock Hills, and leading 40 miles eastward to Montauk, the series of charming coastal communities on the south fork of Long Island’s east end are collectively called The Hamptons. The name comes from Southampton, England, re-applied to the Long Island settlement, in 1640; Southampton and East Hampton are the two east end townships.

Vacationers followed the Long Island Railroad eastward in the late 19th century, and discovered the area’s natural beauty, seaside splendor and pastoral and marine abundance. Southampton art-loving summer residents invited artist William Merritt Chase to teach and founded the Shinnecock Hills Summer School of Art (1891), which numbered about 100 male and female students. In mid-century, the New York School — Freilicher, Lichtenstein, Pollock, Rivers and other artists — flocked to live and work on the east end. Today, many of the works created locally, including work by contemporary artists, are on view at The Parrish Museum in Water Mill, just east of Southampton.

The Hamptons continue to embrace artists of every ilk, plus a population from year-round trade and professional workers and retirees, to vacation homeowners, including seasonal summer folk. Trendsetters and wannabes, day-trippers and vacationers, scions of industry and celebrities all enjoy the beaches, farmers markets, boutiques, museums, restaurants, cultural events and performances in The Hamptons.

Here are some places to bring the family in the four communities that embrace “Hampton” in their place name.

Westhampton Beach is closest to Manhattan; it’s a charming hamlet where the oceanfront stretch, along Dune Road, is lined with mansions and condominiums. At the road’s eastern end, Cupsogue Beach County Park is a 296-acre park that borders Moriches Inlet, Moriches Bay and the Atlantic Ocean. (Pay per car for parking, $18.) Westhampton Performing Arts Center has amazing performances and a summertime musical theater camp. 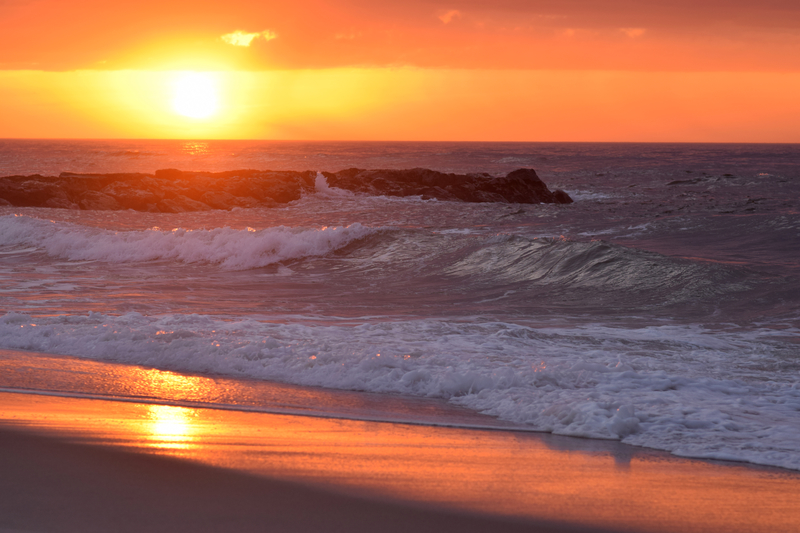 The annual Shinnecock Indian Powwow (Aug. 30–Sept. 2), with its ceremonial dancing, competitive drumming, artisanal arts and crafts, sunset fire lighting, entertainment and food stands, is one of the largest Native American gatherings on the East Coast.

Until the end of August, the Southampton History Museum illustrates the important role the whaling industry played in Southampton’s maritime history. Kids will be intrigued by whaling artifacts, whale bones and scrimshaw art created from tools made from whale teeth. (Check for opportunities to create shell art, knot tying and more.) The Thomas Halsey Homestead, the first home built in Southampton, The Pelletreau Silver Shop and Rogers Mansion, are all part of the museum; other museum properties are of keen interest to youngsters: the Red Creek Schoolhouse, the boys and girls outhouses and the blacksmith shop.

From toddlers of 2 to 10-year-old mini-golf or Lego fans, kids delight at The Childrens Museum of the East End. There are drop-in classes, interactive exhibits and an array of events, including Friday night Drop Off Dance Parties and a Pizza Night Aug. 27. Partnering with Amber Waves, the farm club offers hands-on experiences, such as feeding chickens and collecting eggs and there are In the Kitchen workshops with parents. The Bridgehampton Candy Kitchen, on Montauk Highway, is a must-do for breakfast or ice cream; it’s next to Bobby Van’s, across from the Bridgehampton Museum and near other fine restaurants, including Pierre’s and Topping Rose House.

Considered among America’s most beautiful villages, there’s still a sense of what it was like when English settlers arrived in East Hampton in 1648; Mulford Farm, where you can visit, dates from 1680 and the village pond, for example, was where cattle grazed, while the white picket fences kept the cattle away from the houses. The East Hampton Historical Society has a range of properties to visit, including a marine museum. Kids adore the 18th-century windmills: Gardiner Mill, on land deeded to the family, dates to 1771; Hook Mill, now a war memorial, was almost sold to the 1893 Chicago World’s Fair; Pantigo or Home Sweet Home Mill, c. 1771, stands next to the cottage where John Howard Payne wrote Home Sweet Home. And, the Hay Ground Mill, c. 1801, used to house a tea room. (Visitors can pay $30 to park at Main Beach and Two-Mile Hollow Beach.)

Each of the Hamptons has its own special story worth discovering.