Tens of thousands of people filed through the streets of Taipei in record-setting fashion, decked out in all manner of rainbow regalia, waving Pride flags and carrying homemade banners with phrases like “Closets Are for Clothes.”

Last October’s Taipei Pride Parade — the first since Taiwan became the first in Asia to legalize same-sex marriage — was the country’s biggest yet. Taipei Pride, consistently the largest such event in Asia since launching in 2003, attracts visitors from around the Pacific and the world. The 2019 event, with its theme, “Together, Make Taiwan Better,” drew 170,000–250,000 people from an estimated 100 countries. 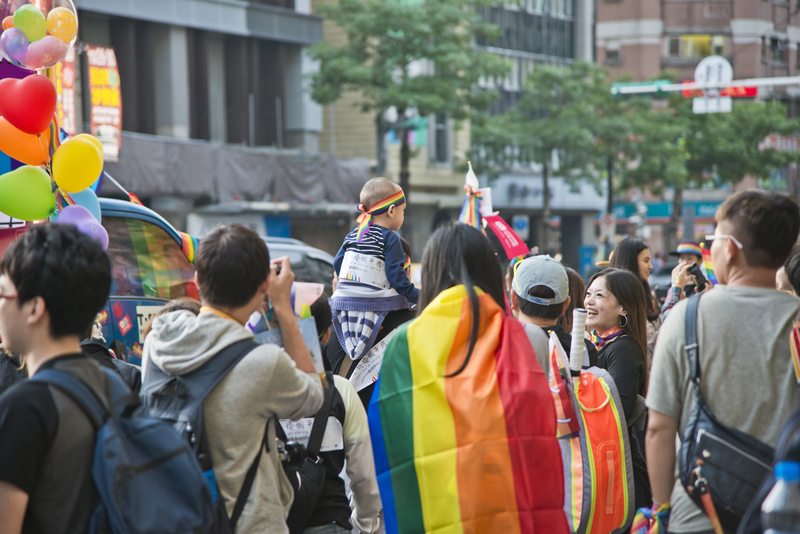 While parade organizers readily admit there’s still a lot of work to do to further equality in Taiwan and around the world, the 2019 parade — and the country’s welcoming atmosphere — prove Taipei and Taiwan as a whole offer generally progressive places for gender and sexual minorities to visit.

The glass-and-steel high-rises of Taipei back up to verdant, volcanic mountains that bubble and steam. This volcanic activity extends into the city limits, creating hot springs perfect for relaxation after a business meeting or long flight. A cluster of spas and hotels catering to these experiences popped up in Beitou Hot Springs, which has gender-segregated bathhouses, including the public Millennium Hot Spring, with pools of varying temperatures. Visitors can learn the history of the area’s hot springs culture through the free-to-enter Beitou Hot Springs Museum. If bathhouses don’t appeal, consider the option of exploring Beitou Thermal Valley area via paved trails that visit open-air hot springs.

LGBTQ+ travelers can tap into the local queer scene at GinGin Bookstore, claiming to be the first of its kind in Taiwan. The small shop offers a variety of rainbow ephemera plus books, magazines and films catering to queer audiences. Owner Lai Jeng-jer created a hub for Taipei’s queer community in the face of impressive odds, including censorship and violence. The shop makes a great place to shop for souvenirs, or plan a visit around an event like a public forum, art showing or book signing.

At feminist café Witch House, owner Pen Yu-Jin not only operates a safe space for women and the LGBTQ+ community, she’s also built a springboard for up-and-coming musicians to showcase their talents. Whether you come to unwind with a board game and a selection from the innuendo-laden menu or come to catch a show, you’ll find lots to love about this spot, where the chairs wear bras and women who do 10 pushups get 10 percent off.

Witch House’s next-door neighbor, Fembooks, is one of the few feminist bookstores in the region. Founded in 1994 by women’s rights activists, the shop uplifts women’s voices through its impressive collection of Chinese-language books and films exploring gender and women’s issues. 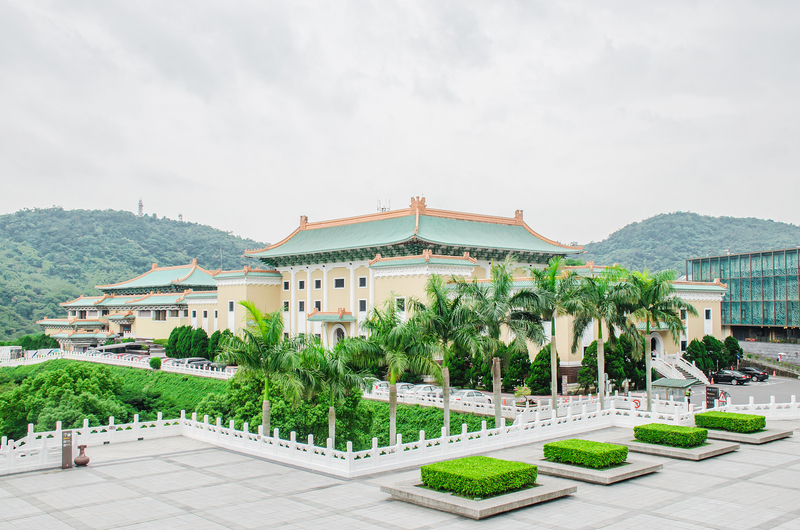 Taipei’s National Palace Museum proves another staple must-see for visitors. The sprawling museum complex houses 700,000 artifacts and works of art from ancient China in a collection that spans 8,000 years of history. The collection has a dramatic origin, as the items here were evacuated in the wake of the Chinese Civil War for fear the Communist army would destroy China’s most prized artifacts.

For a bird’s-eye view of Taipei’s impressive setting, ride the high-speed elevators to the observation deck at the Taipei 101 Tower, the city’s tallest building — and for a while the tallest in the world. Here, you can take in 360-degree views of Taipei and, on a clear day, see into the mountains and over the surrounding area. You’ll have to work a little harder if you opt to take in the skyline from Elephant Mountain, where stairs climb through a dense forest to several city viewpoints.

No visit to Taipei is complete without a stop at one of the city’s iconic night markets, hawking a variety of food and drinks plus other necessities. Taipei boasts several worthwhile night markets, but the Raohe Street Night Market checks a lot of boxes. One of the oldest in the city, it’s particularly known for its outstanding food. Keep an eye out for must-haves like the Fuzhou black pepper bun, oyster vermicelli, stinky tofu, potato spirals and more.

Head home with a unique keepsake from one of the many vendors at Huashan 1914 Creative Park. This impressive complex once housed a wine production facility and moth orchid breeding operation. The warehouses and surrounding land have been remade into a maze of shops, cafés and picturesque park space. The complex also serves as a creative hub, hosting musicians, sculptors, painters and performers. You might catch a performance, sip Taipei-brewed beer and come home with Taiwan-grown tea or a piece of art to commemorate your trip.