Jamaica’s 007 Film Locations On and Off Screen

With the next James Bond movie primarily filmed in Jamaica, it seems aa fine a time as any to stroll down motion picture memory lane, as this is not the first film in the franchise to use the Caribbean country as its backdrop.

Whether heading on a family beach vacation, girl’s trip or romantic getaway, here are a few film-worthy locales to inspire (more) wanderlust this summer.

Before Daniel Craig’s rendition of the famous Bond, James Bond, there was Sean Connery (and a slew of others), but specifically Dr. No was famous for showcasing Jamaica’s stunning beaches and diverse landscape. The film, also starring Ursula Andress, was primarily filmed in Ocho Rios, or Crab Key as the fictional island was called. The stunning beach town is a great setting for your low-key holiday, spent lounging by the tranquil blue waters, splashing around in the calm bay with the kids or hopping from one quaint island bar to the next with friends.

Another Bond adaptation, Live and Let Die, starring Roger Moore, Yaphet Kotto and Jane Seymour, filmed also in Ocho Rios, but at Couples San Souci. This film showed off more of the region’s iconic natural beauty, as well as its darker side. 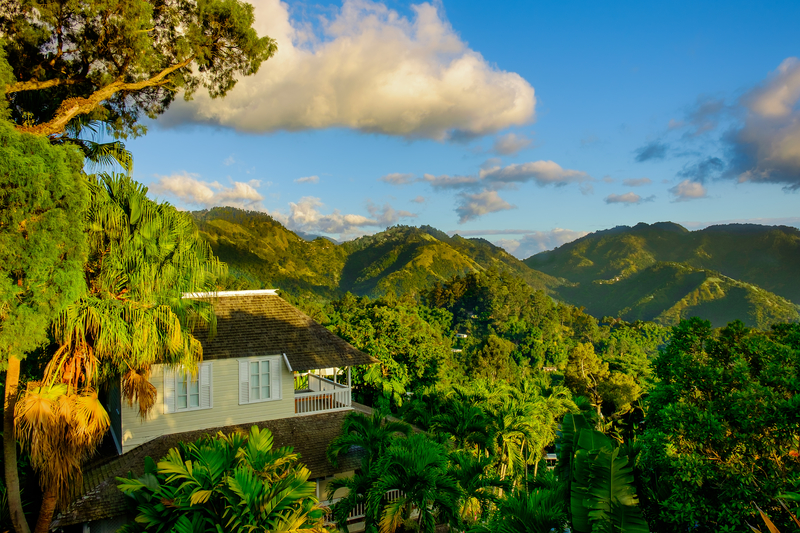 Other scenes in the film, one set at Queens Club, was actually the Liguinea Club in Kingston. This nod to local culture is followed by several other scenes showing off the region’s natural beauty in North Kingston, along the stunning Blue Mountains. Jamaica’s capital city is famous for more than the ruggedly beautiful rock formations and stunning hiking trail views of the Blue Mountains, but also the Bob Marley Museum for your music-loving members of the family, rum tours for the adults, arts and culture landmarks and a slew of picturesque beaches to explore.

Another famous setting in its own right, Rose Hall Great House is a haunted 18th-century plantation with a sorted history. Located in Montego Bay, you can see the old house with a makeshift graveyard —interesting considering the property has an existing graveyard — as well as a poppy field scene, actually an open lawn toward the back of the house. Head to Rose Hall for a daytrip and learn all about the creepy, lurid history of its grounds, previous owners and recent history.

With World Health Day coming up on April 7, your family can get ahead of the game planning some mind-body-relaxation getaways.

Everyone can appreciate a new gadget to enhance the travel experience and kids are no exception. Check out these great new travel products that can make travel more enjoyable for your kids no matter their age — and sometimes even for the parent traveling with them.

With just 190 passengers and around 115 crew members, a Viking river cruise on a longship guarantees a high level of service, attention, activities and culture — a perfect choice for a family with adult children.

3 Spots to Experience Wildlife in India

India boasts so many incredible sites, from the Taj Mahal and Hawa Mahal to the Red Fort and Humayun's Tomb, it can be easy to overlook the magnificence of the country’s natural beauty and wildlife in an attempt to fit in as many landmarks as possible.